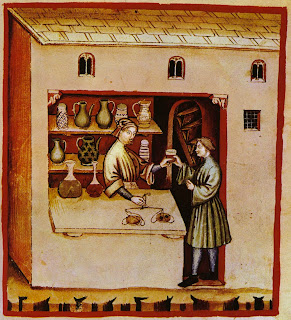 (Some crimes are strict liability offenses, i.e., don’t require mens rea; these crimes as used to put the risk of error on the actor, so if, for example, a liquor store clerk doesn’t bother to check for a valid ID and consequently sells liquor to a minor, the clerk (and maybe the store owner) is liable for violating the law. The penalties for the crime will be relatively minor, i.e., no incarceration, which is considered to justify eliminating mens rea.)

As Wikipedia notes, until the “1960s, mens rea in the United States was a very slippery, vague, and confused concept” because it was based on common law. Common law relied on terms such as “malicious” and “wicked” to denote mens rea, none of which were exactly precise. The Model Penal Code, a template of model criminal laws, was published in 1962 and went a long way toward revising how American criminal law deals with mens rea. It established four levels of mens rea, each of which represents a decreasing level of culpability: purposely, knowingly, recklessly and negligently. If you want to know precisely what each encompasses, check out this Wikipedia entry.

That brings us to the case this post deals with – a case in which the defendants were convicted of “knowingly” guilty of distributing controlled substances in violation of 21 U.S. Code § 841(a)(1) and appealed the convictions. U.S. v. Quinones, __ F.3d __, 2011 WL 1120254 (U.S. Court of Appeals 2011). One of their arguments on appeal was that the district court judge who presided over their trial erred in giving the jury a “conscious avoidance” instruction on the law. U.S. v. Quinones, supra.

As Wikipedia notes, a conscious avoidance (or “willful blindness”) instruction is given in “a situation in which an individual seeks to avoid . . . criminal liability for a wrongful act by intentionally putting himself in a position where he will be unaware of facts which would render him” guilty. For example, another U.S. Court of Appeals found that the trial judge properly gave a conscious avoidance instruction in U.S. v. Jewell, 532 F.2d 697 (U.S. Court of Appeals for the 9th Cir. 1976). Jewell was arrested when Customs agents found a secret compartment (“between the trunk and rear seat”) full of marijuana in the car he drove across the Mexico-U.S. border and was then charged with possessing controlled substances. U.S. v. Jewell, supra.

[Someone] who searched for a prescription medication would be directed . . . to Antonio's website. Once at the website, the customer would select his drug and provide payment information and delivery instructions. [He] would also fill out a brief medical questionnaire, which asked . . . for his name, gender, weight, allergies, current medications, reason for requesting the medication, and known medical conditions. The questionnaire was the same regardless of whether a drug required a prescription.

The order would be transmitted to a . . . `Doctor's Module,’ where the questionnaire would be reviewed by a doctor who would approve or disapprove [it]. Antonio selected the doctors who reviewed questionnaires and approved orders made on his websites. The doctors, who were paid per questionnaire reviewed, often reviewed over a hundred applications per day. Once a doctor approved an order, it would be transmitted to a licensed physical pharmacy controlled by Antonio that filled the prescription. Antonio's pharmacies typically filled one thousand orders per day. . . .

[This] system permitted no interaction between a doctor and a customer. Mahana placed a disclaimer on his invoices to Antonio stating that the system did not provide a sufficient basis to establish a relationship between a doctor and a patient. . . . [And] the system provided few safeguards against substance abuse. . . . [S]ome customers [obtained] excessive amounts of medications by placing orders to the same address using different names. Others were able to receive drugs though they did not provide all the information required by the questionnaire.

In 2003, Chhabra was charged with the illegal distribution of controlled substances, after which Antonio “stopped using Prescriptions & Travel to fill orders for his websites” and began using “a new filling pharmacy, Innovative Remedies”, which was in Florida. U.S. v. Quinones, supra. When he learned that a new Florida law would require “face-to-face contact between a physician and patient,” he moves his filling pharmacy to Queens, and eventually moved it “approximately” a dozen times. U.S. v. Quinones, supra.

In 2007, Antonio and Herman were indicted, as noted above, for “knowingly” distributing controlled substances in violation of federal law. U.S. v. Quinones, supra. They went to trial, were convicted and appealed, challenging the judge’s giving the jury this conscious avoidance instruction:

In determining what the defendant knew or reasonably should have known, you may consider whether [he] deliberately closed his eyes to what otherwise would have been obvious. . . . One may not . . . avoid criminal liability by wilfully . . . remaining ignorant of a fact material and important to his . . . conduct. . . .

[I]f you find beyond a reasonable doubt that the defendant was aware there was a high probability that the doctors and pharmacists were acting outside the usual course of professional practice and not for a legitimate medical purpose, but deliberately and consciously avoided learning this fact, then you may treat this deliberate avoidance of knowledge as the equivalent of knowledge.

On appeal, Antonio and Herman claimed they were entitled to a new trial because “there was an insufficient factual predicate for a conscious avoidance instruction.” U.S. v. Quinones, supra. In ruling on their argument, the 2d Circuit found that, under one of its prior decisions, their “actual but unreasonable belief in the existence of a fact – the doctors’ and pharmacists’ good faith – could not absolve” them of culpability. U.S. v. Quinones, supra. It found, therefore, that the issue to be resolved was “whether the government adduced overwhelming evidence that the defendants knew or reasonably should have known the doctors and pharmacists on whom they relied were acting in bad faith.” U.S. v. Quinones, supra.

The majority of the judges ruling on the Quinones’ argument held that the government presented “overwhelming evidence” that the defendants “knew or should have known that the doctors and pharmacists upon whom they purportedly relied were acting in bad faith.” U.S. v. Quinones, supra. In addition to the facts noted above, these judges relied on the following: (i) the defendants knew there was no interaction between “a customer and a doctor”; (ii) the number of applications doctors approved each day plus the fact they were paid based on the number of applications they reviewed; (iii) the volume of orders being approved and filled; (iv) Antonio’s moving “his operations” to different locations “as law enforcement raided or shuttered” his pharmacies, plus one employee’s being ordered to “`shred paper’” relating to orders; and (v) DEA agents indirectly informed Antonio that Internet pharmacies like the ones he operated were illegal. U.S. v. Quinones, supra. These judges therefore found that even if Antonio (and Herman) actually believed the doctors and pharmacists were operating in good faith, that belief would have been unreasonable, which would justify using conscious avoidance to establish that they acted “knowingly.” U.S. v. Quinones, supra.

One judge dissented: He found that the majority erred when it held that the Quinones’ actual but unreasonable belief in the doctors’ and pharmacists’ good faith could not absolve them of culpability, i.e., could not rebut the premise that they acted knowingly. U.S. v. Quinones, supra.

He explained that under the court’s prior cases, if “the jury found that the Quinoneses actually believed the doctors and pharmacists were acting in good faith, it could not have convicted them under the doctrine of conscious avoidance.” U.S. v. Quinones, supra. In other words, he’s saying that if you really believe something, you cannot, at the same time, be consciously avoiding knowledge that what you believe is incorrect. This judge argued that the Quinoneses should be given a new trial because there “is `a reasonable probability’” that the jury convicted them on a conscious avoidance theory but would not have convicted if it had been required to find that they actually knew the doctors and pharmacists were not acting in good faith. U.S. v. Quinones, supra.

But, of course, he lost . . . which means that unless the U.S. Supreme Court decides to hear the case – which is unlikely – the convictions will stand.