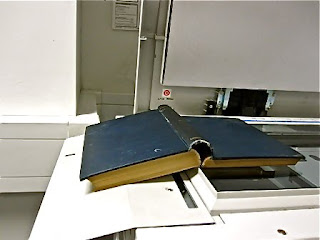 This is all I know about how the case arose:

A forensic analysis of [McNerney’s] computer revealed that the file-sharing program was installed on [his] computer, and that numerous images of child pornography were located in the shared folder, allowing other users of the file-sharing program to access them. The agents also found that [McNerney] had backed up his files on a second hard drive, creating an identical second copy of all of the data contained on his computer, including the images of child pornography.

On December 10, 2008, a federal grand jury indicted McNerney for receiving and distributing child pornography and possessing child pornography in violation of the statutes cited above. U.S. v. McNerney, supra. On April 22, 2009, he pled guilty to both counts of the indictment, and on August 13, 2009, the district court held a sentencing hearing, after which it imposed the sentence noted above. U.S. v. McNerney, supra.

The court based McNerney’s sentence on the application of the Federal Sentencing Guidelines, which, as Wikipedia notes, are “rules that set out a uniform sentencing policy for individuals and organizations convicted of felonies and serious misdemeanors in the United States federal courts system. As Wikipedia explains, sentencing under the Guidelines is based primarily on two factors:

As Wikipedia explains, once a court has calculated the offense conduct and the defendant’s criminal history, it uses the Sentencing Table, which you can find here, to determine the base sentencing range within which a court can sentence a defendant.

For example, for a defendant convicted on an offense with a total offense level of 22 and a criminal history category of I, the Guidelines recommend a sentence of 41–51 months, considering the year of the offense to be the same as the year of the guidelines. If, however, a person with an extensive criminal history (Category VI) committed the same offense in the same manner in the same modern timeline . . ., the Guidelines would recommend a sentence of 84–105 months.

A court can also factor in “adjustments” that reduce (e.g., providing “substantial assistance” to authorities) or increase (e.g., “vulnerable victims”) the sentence to be imposed on a specific offender.

This is how the district court judge who was assigned McNerney’s case went about sentencing him:

Here is what the district court judge said about how he arrived at that enhancement:

`[T]here's a dispute about the number of images. The Probation Department has recommended an additional five levels based on the finding that there are more than 600 images, specifically 766. [McNerney] has argued that there's double counting because there are multiple copies of the same image and, therefore, those images should be counted only once in reaching the total. . . . [He] had two hard drives and many of the images are found on both hard drive. . .

[G]iven that as the government pointed out the computer automatically creates a mirror image of the first hard drive on the second hard drive, and so if hard drive number one is damaged or erased all the images would still exist on the backup hard drive in pristine form, and in my view then we have multiple images and it's not double counting because we've got two separate hard drives and this means if one were damaged, [McNerney] would still have them on the other hard drive.

That's the only reason to have them on two hard drives, so I don't believe it's unfair or inappropriate to count, you know, we have image A on hard drive one and the same image is on hard drive two, we have two separate images and they could both be used and they are there in case one hard drive crashes. So I don't believe we have double counting, and given that, there are more than 600 images in total and so the plus five applies.’

The court then reviewed the history of the sentencing provisions that apply to child pornography offenses, noting that they reflect Congress’ continuing concerns about the victimization of children and a resulting effort to “`prevent the exploitation of children through pornography.’” U.S. v. McNerney, supra (quoting Connection Distrib. Co. v. Holder, 557 F.3d 321 (6th Cir. 2009)). The 6th Circuit also noted that “some commentators have questioned the wisdom of the congressionally-directed Child Pornography Sentencing Guidelines because they were the product of Congressional mandate rather than the commission’s . . .systematic empirical approach.” U.S. v. McNerney, supra. But it ultimately concluded that notwithstanding the “debate regarding the wisdom of congressionally-mandated enhancements”, it “is unquestionably Congress’ constitutional prerogative to issue sentencing directive such as the sentencing enhancement for quantity of images at issue in this case.” U.S. v. McNerney, supra.

The 6th Circuit therefore proceeded to analyze how § 2G2.2(b)(7) should be applied to McNerney’s case. It began by reiterating that (i) “congressional directives regarding sentencing for child pornography have consistently increased penalties” and (ii) “although Congress has explicitly expressed its desire to enhance punishments for child pornography offenses, Congress has not differentiated between digital images and hard copy images for the purposes of § 2G2.2(b)(7) image enumeration.” U.S. v. McNerney, supra.

The 6th Circuit noted that neither the “congressional directive” implemented by § 2G2.2(b)(7) nor the “Application Note” for the guideline “differentiates between digital images and hard copy images.” U.S. v. McNerney, supra. Application note 4(A), for § 2G2.2(b)(7) defines “images” as “any visual depiction, as defined in 18 U.S. Code § 2256(5), that constitutes child pornography, as defined in 18 U.S. Code § 2256(8).” U.S. v. McNerney, supra. (Section 2256(5) defines “visual image” as including “undeveloped film and videotape, data stored on computer disk or by electronic means which is capable of conversion into a visual image, and data which is capable of conversion into a visual image that has been transmitted by any means, whether or not stored in a permanent format[.]”) The court noted that since the Application Note “refers only to `any visual depiction’”, this “suggests that duplicate visual depictions, digital or otherwise, should be counted separately for purposes of this enhancement.” U.S. v. McNerney, supra.

It then pointed out that prior versions of the child pornography sentencing guidelines “similarly treated digital images and hard copy equivalently, citing the Sentencing Commission’s 2000 amendments to the image enhancement, which “stated that a `computer file qualifies as an item for purposes of the enhancement,’ thus providing for identical treatment of digital images and hard copy images.” U.S. v. McNerney, supra.

The 6th Circuit rejected his argument for two reasons, the first of which was empirical:

I think this is in conflict with copyright law. As I understand it, the courts have held that if you buy a license for one copy of a program, you have right to make a backup. So, for Microsoft's sake, a working copy plus a backup is one copy.

This could get back to court when a defendant uses a RAID drive where multiple physical copies are used to provide reliability for one logical copy.

All-in-all, I think it's a bad deal to give a stiffer sentence to a competent computer user than to a sloppy computer user who doesn't back up his files. The computer competence factor doesn't affect his degree of anti-social behavior.

There could be several duplicate images on a computer that a normal user is completely unaware of. I can think of several places where the operating system may place duplicates on a temporary basis (cache, virtual memory page files, etc)

Also there may be images on the hard drive that a normal user can't access such as deleted but not yet overwritten files.

Even weirder, if a user is using RAID 1, he has duplicates automatically.

Shouldn't there be something that requires some intentional action on the part of the user to create the duplicate??