The House of Prostitution and Authenticating Emails 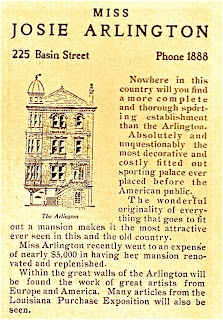 Ten or so years ago, I was doing a lot of work with law enforcement officers on cybercrime, and would often hear officers say, “some day every crime is going to be a cybercrime,” by which they meant that some day every (or almost every) crime would involve the use of a computer. I’m beginning to think we’re there, or, if not there, getting pretty close.

He appealed to the Massachusetts Court of Appeals, which affirmed his conviction. Commonwealth v. Purdy, supra. He then appealed to the Supreme Judicial Court of Massachusetts, arguing (in part) that the trial court judge erred in admitting “ten electronic mail (e-mail) exchanges that he claims were not properly authenticated.” Commonwealth v. Purdy, supra. That’s the issue this post will focus on.

Here’s how the case arose:

[Purdy] owned and operated the About Hair Salon in Harvard Square in Cambridge, . . . a hair salon, antique store, art studio, and massage parlor. The gist of the Commonwealth's case was that the massage business [he] ran provided sexual services as `extras’ to the massages.

Two undercover detectives entered the salon and received massages. . . . Detective Cherubino . . . entered on September 22, 2005, and told [Purdy] he was looking for a massage but was `in a hurry.’ [Purdy] suggested the fifteen-minute massage for sixty dollars, and asked if he was interested in any `extras,’ such as `topless’ for an additional twenty-five dollars or `totally nude’ for an additional fifty dollars. Cherubino paid . . . sixty dollars in cash, using marked bills, and was introduced to a masseuse, whom [Purdy] called Lydia.

After the massage, Lydia gave the detective a `massage menu that listed various services and prices, including `pop the cork’ for fifty dollars and a `Russian ending’ for twenty-five. In explaining the `Russian ending,’ Lydia exposed one of her breasts and said she would offer the service, which caused the detective to understand that, in a `Russian ending,’ the customer puts his penis between the masseuse's breasts until he ejaculates. Before leaving . . ., the detective asked [Purdy] whether there would be other females available for services. [He] said he had `just let a few go’ but was . . . should have some available by the following week.

Detective James Hyde . . . visited the salon on October 4, 2005, having previously arranged for a 7 P.M. massage appointment. When he arrived, [Purdy] informed him the masseuse was still with the previous customer, and asked him to wait. During the half hour wait, the detective overheard [Purdy] telling someone on the telephone that a `Russian ending’ was `a satisfactory ending to the session between a woman's breasts.’ [Purdy] handed the detective a menu listing massage services and prices, and [Hyde] ordered a fifteen-minute massage for sixty dollars with the masseuse being `topless’ for an additional twenty-five dollars. [Purdy] gave him a five dollar discount because he waited so long, and [Hyde] paid [him] eighty dollars in cash, using marked bills. He then entered the massage room and received a massage from a topless masseuse.

Among the e-mail exchanges admitted in evidence was one that was initiated from the [Purdy’s] e-mail address and signed with [his] name and the address of the salon, and had the `header,’ `personal assistant with benefits?.’ The author wrote that he was `seeking a personal secretary with an open mind, who . . . knows where to keep her nose and where not.’ In response to a reply from a recipient, the author described himself as a working artist, as well [as an] entrepreneur, small business guy, hairstylist, art and antiques dealer, [and] massage therapist,’ and added, `and I operate a service.’ In a later e-mail in this exchange, also from [Purdy’s[ e-mail address, the author asserted that potential earnings could range from $200 to $2,000 per week.

A separate e-mail was entitled `massage’ and was sent from [Purdy’s] e-mail address and signed with [his] first name. The author describes a `blond girl’ who is `fairly new and so a little nervous,’ and states: `If you are gentle and kind to her I'm sure you're going to have a very good time.’ He adds, `She has beautiful breasts and will allow light touching. It is ok, but no other touching.’ The recipient of the e-mail responded that he wanted an `unhurried session’ with a `gal who will treat me right[,] be slow[,] gentle and very friendly within her limits.’ An e-mail from [Purdy’s] e-mail address and signed with [his] first initial replied, `I will make sure you are treated well.’

Based on all this, Purdy claimed the trial judge erred in admitting the ten email exchanges because the “evidence was insufficient to authenticate them as having been authored by him.” Commonwealth v. Purdy, supra. As I’ve explained in earlier posts, for a prosecutor or defense attorney (or for an attorney in a civil trial) to introduce evidence, the attorney must “authenticate” the evidence, i.e., show it is what it is claimed to be.

In ruling on Purdy’s argument regarding the admission of the emails, the Supreme Court noted, first, that under Massachusetts General Evidence Rule 901(a), the “requirement of authentication or identification as a condition precedent to admissibility is satisfied by evidence sufficient to support a finding that the matter in question is what its pro­ponent claims.” Commonwealth v. Purdy, supra. It also noted that in a jury trial, the judge’s role is to determine if the evidence that has been admitted is “`sufficient, if believed, to convince the jury by a preponderance of the evidence that the item in question is what the proponent claims it to be. If so, the evidence should be admitted, if it is otherwise admissible.’” Commonwealth v. Purdy, supra (quoting M.S. Brodin & M. Avery, Massachusetts Evidence § 9.2, at 580 (8th ed.2007)).

The Supreme Court explained that while Purdy “denied authoring the e-mails,” he did not deny that they were taken from the hard drive of his computer and were signed with “his first name or his first initial.” Commonwealth v. Purdy, supra. It also explained that at

the Commonwealth not only had provided evidence to support its representations but also had elicited evidence from Murphy that [Purdy] knew and provided from memory the passwords necessary to access the computer's programs, and that the e-mails originated from an e-mail address [he] used that bore his name. The Commonwealth . . . did not furnish direct evidence that [Purdy] authored any of the ten e-mails admitted in evidence; there was no testimony that anyone observed him typing any of the e-mails or anyone discussed any of the e-mails with him.

The Supreme Court also explained that evidence which shows that a “defendant’s name is written as the author of an e-mail or that the electronic communication originates from an e-mail or a social networking Web site such as Facebook or MySpace that bears the defendant’s name is not sufficient alone” to authenticate the communication as having been written by that person. Commonwealth v. Purdy, supra. Authenticating such a communication also requires that there “be some `confirming circumstances’ sufficient for a reasonable jury to find by a preponderance of the evidence that the defendant authored the emails.” Commonwealth v. Purdy, supra (quoting Commonwealth v. Hartford, 346 Mass. 482, 194 N.E.2d 401 (1963)).

The Supreme Court then found that there were “adequate `confirming circumstances’ to meet this burden” in the Purdy case:

[I]n addition to the e-mails having originated from an account bearing [his] name and acknowledged to be used by [him], the e-mails were found on the hard drive of the computer [he] acknowledged he owned, and to which he supplied all necessary passwords. While this was sufficient to authenticate the e-mails in the absence of persuasive evidence of fraud, tampering, or `hacking,’ there was additional evidence of [Purdy’s] authorship of most of the e-mails.

At least one contained an attached photograph of [him], and in another, the author described the unusual set of services provided by the salon when he characterized himself . . . as a `hairstylist, art and antiques dealer, [and] massage therapist.’ [Purdy’s] uncorroborated testimony that others used his computer regularly and that he did not author the e-mails was relevant to the weight, not the admissibility, of these messages.

The Supreme Court therefore held that the emails were properly admitted, rejected Purdy’s other two arguments and affirmed his conviction. Commonwealth v. Purdy, supra. In so doing, it also affirmed the sentence imposed on Purdy: “two years to two years and a day on each count, to run concurrently.” Appellate Brief for Defendant, Commonwealth v. Purdy, 2010 WL 4636397.

What if the defendant had refused to give the police the password? Would they have to get a search warrant then? Presumably, they have probable cause.

They'd have to get a search warrant, which would satisfy the 4th Amendment.

If for some reason they still couldn't access the data on the computer, they might have a 5th Amendment problem: