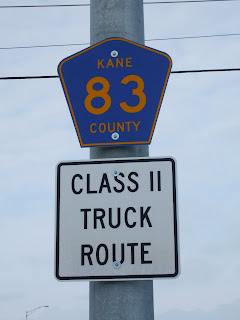 That brings us to People v. Madrigal, __ N.E.2d __, 2011 WL 1074427 (Illinois Supreme Court 2011). Claudia Madrigal was indicted “on one court of identity theft in violation of section 16G-15(a)(7) of the Identity theft law [720 Illinois Compiled Statutes 5/16G-15].” People v. Madrigal, supra. Section 16G-15(a)(7) states that “a person commits the offense of identity theft when he or she knowingly . . . uses any personal identification information or personal information document for the purpose of gaining access to any record of the actions taken, communications made or received, or other activities or transactions of that person, without the prior express permission of that person.” A person convicted of this offense “for the first time is guilty of a Class 3 felony, punishable by up to five years in prison.” People v. Madrigal, supra.

The indictment alleged that Madrigal “`knowingly used personal identification information of Gabriela Vasquez, being Gabriela Vazquez's name, date of birth, and address, to gain access to a record of actions taken, activities or transactions of Gabriela Vazquez, without the prior express permission of Gabriela Vasquez.’” People v. Madrigal, supra. Madrigal moved to dismiss the indictment, arguing, in part, that “section 16G–15(a)(7) fails to require a culpable mental state and therefore can be read to apply to conduct that is wholly innocent.” People v. Madrigal, supra.

The case was filed in Kane County, Illinois, and the Circuit Court judge who had the case granted Madrigal’s motion to dismiss because it found the provision violated due process and was therefore unconstitutional. People v. Madrigal, supra. The prosecution appealed this decision to the Illinois Supreme Court, under a rule that lets it appeal a decision striking down a state statute directly to that court. People v. Madrigal, supra.

In reviewing the case, the Supreme Court first noted that it had “repeatedly held that a statute violates the due process clauses of both the Illinois and United States Constitutions if it potentially subjects wholly innocent conduct to criminal penalty without requiring a culpable mental state beyond mere knowledge.” People v. Madrigal, supra. It also noted that the identity theft is intended “to protect the economy and people of Illinois from the ill-effects of identity theft.” People v. Madrigal, supra.

The Supreme Court then reviewed the language of the entire identity theft statute, which has seven subdivisions. People v. Madrigal, supra. (Madrigal, as noted earlier, was convicted under the seventh subdivision.) It pointed out that the first five offenses all require that the defendant have acted knowingly but “also require the additional element of criminal intent or knowledge, that is, they require a criminal purpose in addition to the general knowledge that one is committing the actions specified” in the statute. People v. Madrigal, supra. The seventh paragraph – the one Madrigal was charged with violating – “clearly does not require criminal intent, criminal knowledge, or a criminal purpose in order to subject one to a felony conviction and punishment.” People v. Madrigal, supra.

This is how the Supreme Court described the conduct this provision – the seventh offense – criminalizes:

Section 16G–15(a)(7) requires only that a person knowingly use any `personal identification information or personal identification document of another for the purpose of gaining access to any record of the actions taken, communications made or received, or other activities or transactions of that person, without the prior express permission of that person.’ (Emphasis added.) . . . `Personal identifying information’ is defined . . . so as to include everything from a person's name, address, date of birth, or telephone number to obviously more confidential identifying information such as social security numbers, bank account numbers or credit card numbers. See [720 Illinois Compiled States 5/16G-10(b)].

Because any one of the pieces of information listed qualifies as `personal identifying information’ for purposes of committing the offense listed in section 16G–15(a)(7), a person who simply uses someone's name for the purpose of gaining access to any record of the actions taken, communications made or received, or other activities or transactions of that person, without the prior express permission of that person, is guilty of a Class 3 felony.

The Supreme Court then noted the problems associated with this result:

[Section] 16G–15(a)(7) would potentially punish as a felony a wide array of wholly innocent conduct. For example, doing a computer search through Google or some other search engine or through a social networking site such as Facebook or MySpace, by entering someone's name, could uncover numerous records of actions taken, communications made or received, or other activities or transactions of that person. Thus, the statute as it currently reads would criminalize such innocuous conduct as someone using the internet to look up how their neighbor did in the Chicago Marathon.

Moreover, a husband who calls a repair shop for his wife, without her `prior express permission,’ to see if her car is ready, what was wrong, and how much the repair bill is, would be seeking information in violation of the statute. A person who calls an employer of a friend to see if the friend is working or on vacation, and receives an answer to his inquiry would be a potential felon under the statute. The person might be told the friend resigned (record of actions taken), he called in sick (record of communications made or received), or is on vacation sailing in the Caribbean (record of activities of the person).

A person who calls a hotel to see if her husband has registered, checked in yet, or made a reservation, without getting his express permission first, is subject to felony imprisonment. The statute could also likely quell the work of biographers, journalists or anyone attempting to do a family genealogy, which all might require using personal identifying information to gain access to records of communications, activities or actions of a person.

The Supreme Court found that because the statute “lacks a culpable mental state” and therefore “potentially punishes a significant amount of wholly innocent conduct not related to” its purpose, “we simply do not believe that this is a rational way of addressing the problem of identity theft.” People v. Madrigal, supra. It explained that a statute, “such as section 16G–15(a)(7), which criminalizes the use of mere names, or other commonly and publicly available information such as addresses and phone numbers, for the purpose of gaining access to innocent information about people without any criminal intent, purpose or knowledge is an invalid exercise of the police power”. People v. Madrigal, supra.

The prosecution suggested that the Supreme Court “read a culpable mental state” (e.g., purpose, intent) “into the statute so that a criminal purpose is required for a violation”, but the court declined to do so. People v. Madrigal, supra. The court noted that it had, in earlier cases, found that when a statute “contains a mental state of mere knowledge, this court cannot read a criminal-purpose requirement” into it. People v. Madrigal, supra.

The prosecution argued that the Illinois Supreme court should abandon this precedent “and its requirement that statutes contain a culpable mental state to avoid punishing wholly innocent conduct” but, again, the court refused to do so. People v. Madrigal, supra. It noted that its position is consistent with the position taken by the U.S. Supreme Court in similar cases, quoting that Court’s decision in City of Houston, Texas v. Hill, 482 U.S. 451 (1987). People v. Madrigal, supra.

The City of Houston Court noted that “[c]riminal statutes must be scrutinized with particular care . . . ; those that make unlawful a substantial amount of constitutionally protected conduct may be held facially invalid even if they also have legitimate application.” People v. Madrigal, supra (quoting City of Houston, supra). The Illinois Supreme Court also noted that “courts in many other jurisdictions have avoided criminalizing innocent conduct by proceeding to strike down criminal statutes as facially unconstitutional where those statutes had the potential to punish innocent conduct.” People v. Madrigal, supra.

If you want to know what led to Madrigal’s being charged under the statute (and see a photo of her), check out the news story you can find here.

Posted by Susan Brenner at 8:56 AM

I really don't understand why the prosecution kept asking the court to read more into the statute when the statue was clearly deficient. Why can't these guys write a stern letter to the judiciary committee of the state legislature asking them to try again. I can't see that correcting law would encounter much resistance.

The court couldn't have been much clearer than the problem requires a legislative solution.