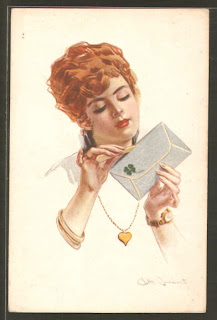 This is another post about a divorce case that gave rise to claims that one spouse “hacked” the emails of another, thereby violating federal law. Like other, similar cases I’ve done posts on, this one involves a civil suit filed in federal court: Garback v. Lossing, 2010 WL 3733971 (U.S. District Court for the Eastern District of Michigan 2010).

Brent Garback sued his ex-wife, Linda Lossing, plus Marvin Shwedel, Cyber-Trace Technologies and John Savage. Garback v. Lossing, supra. This, according to the opinion, is how the federal civil case arose:

Brent Garback was once married to Defendant Linda Lossing. Lossing and Garback divorced in June 2007. Defendant Marvin Shwedel represented Lossing in the divorce proceedings. In December 2005, after extensive negotiations, Garback and Lossing reached a settlement agreement, the details of which are not relevant here. In June 2007, Garback discovered that during the divorce proceedings, Lossing had allegedly conspired with the other defendants for the purpose of intercepting Garback's emails between he and his divorce counsel. Defendants then used the information in the emails to craft negotiating points and ultimately a more favorable divorce settlement.

More specifically, Garback alleges that Lossing, knowing that Garback often communicated with his attorney by email, hired Cyber-Trace Technologies (`Cyber-Trace’) for the purpose of `hacking’ into Garback's email accounts to access `stored communications’ maintained by Garback's internet service provider (`ISP’). John Savage directed the services of Cyber-Trace. When Lossing received the emails from Cyber-Trace, she passed them to Shwedel, who used them to gain a negotiating advantage in the divorce proceedings.

Among other things, the stolen emails including many emails between Garback and his attorneys revealing their negotiating points, their perception of their strengths and weaknesses in the negotiation, Garback's financial strength, and a host of other sensitive and confidential matters pertaining to Garback.

Upon receipt of the stolen emails, Lossing turned them over to Shwedel as her attorney, and Shwedel and Lossing crafted negotiating positions and strategies in the divorce with full knowledge of the baseline positions, intended strategies, and fallback positions of Garback and his attorneys, knowingly derived from stolen emails.

Shwedel responded by filing a motion under Rule 12(b)(6) of the Federal Rules of Civil Procedure. Garback v. Lossing, supra. A Rule 12(b)(6) motion asserts that a cause of action pled in a Complaint is substantively inadequate because it fails “to state a claim upon which relief can be granted.” As Wikipedia explains, a Rule 12(b)(6) motion is

The federal judge who has the case noted that, in ruling on a Rule 12(b)(6) motion, “the court must presume as true all well-pleaded factual allegations in the complaint and draw all reasonable inferences from those allegations in favor of the non-moving party”, i.e., the defendant. Garback v. Lossing, supra. Shwedel moved to dismiss all the causes of action Garback alleged against him, but we’re only going to examine the court’s ruling on the viability of three of those claims, two of which arose under federal law and one that arose under Michigan state law.

We’ll start with the federal claims. Garback alleged, first, that “Shwedel and the others violated” 18 U.S. Code § 2511 when they “`hacked’ into [his] email account and read his emails.” Garback v. Lossing, supra. The federal judge began his analysis of Shwedel’s motion to dismiss this claim by noting that § 2511 “prohibits . . . the `interception’ of any wire, oral, or electronic communication” and that this provision can be enforced “in a civil action brought by one whose communication was intercepted.” Garback v. Lossing, supra.

After noting that a related federal statute – 18 U.S. Code § 2510(4) – defines “intercept” as the “aural or other acquisition of the contents of any . . . electronic . . . communication through the use of any electronic, mechanical, or other device”, the judge explained that federal courts agree that “intercepting” a communication requires that its contents have been acquired while they were in transmission, i.e., while they were moving from one person to another. Garback v. Lossing, supra. He applied these standards and found that Garback

has failed to state a plausible claim against Shwedel for violation of [§ 2511]. Shwedel asserts that `there is no allegation that any emails were “intercepted” contemporaneously with transmission. Instead, the complaint alleges that Lossing had [Cyber-Trace] retrieve stored emails that had already been delivered to Garback's email account.’ . . . This is a fair characterization of the allegations in the complaint.

For example, paragraph 14(1) alleges that Lossing retained the services of Cyber-Trace for the express purpose of `hacking’ into Garback's email accounts to access `stored communications’ maintained by Garback's ISP before and after the emails were delivered to Garback. This statement does not allege anything close to a contemporaneous interception.

The judge also gave Garback leave to try again by filing an amended complaint that “properly pled an interception.” Garback v. Lossing, supra. Shwedel argued that even if Garback alleged that his emails were intercepted, he nowhere claimed that Shwedel was the one who intercepted them; as the excerpt from the Complaint quoted above shows, Garback alleged that Lossing “`turned over the stolen emails to Shwedel as her attorney”, not that Shwedel intercepted them. Garback v. Lossing, supra.

The judge then considered Garback’s claim under § 2701 of the Stored Communications Act, which makes it illegal to “intentionally access without authorization a facility through which an electronic communication service is provided” and obtain access to an email while it is in electronic storage. Garback v. Lossing, supra (quoting § 2701(a)). He found Garback’s allegations also failed to state a claim under this provision:

Garback v. Lossing, supra. The opinion doesn’t explicitly say this, but I gather that the judge also gave Garback leave to try to fix his assertion of this cause of action in an amended complaint.

Pendent jurisdiction is the authority of a United States federal court to hear a closely related state law claim against a party already facing a federal claim, described by the Supreme Court as `jurisdiction over nonfederal claims between parties litigating other matters properly before the court.’ Such jurisdiction is granted to encourage both `economy in litigation’, and fairness by eliminating the need for a separate federal and state trial hearing essentially the same facts yet potentially reaching opposite conclusions.

Garback’s problem wasn’t the court’s jurisdiction to hear the Michigan state law claim . . . it was the viability of the claim itselt. In his motion to dismiss, Shwedel argued that “these statutes are penal in nature and do not provide a private right of action” and the judge agreed:

The statutory provisions referenced in Garback's complaint fall under Chapter 752 of the Michigan's Compiled Laws entitled `Crimes and Offenses’ Garback offers no authority, and the Court has found none, allowing the Court to permit enforcement of the criminal statute through a private civil action. In Michigan, the rule is that if a right to relief is provided by statute, there is no private cause of action for enforcement unless the statute expressly creates one, or one can be inferred from the fact that the statute provides no adequate means of enforcement.

Garback v. Lossing, supra. Garback doesn’t seem to have tried to defend this cause of action: The opinion notes that he “did not respond to the motion’s attack on this count”, so the judge dismissed it with prejudice, i.e., Garback won’t be able to include it in an amended complaint that is designed to fix the problems with the § 2511 cause of action. Garback v. Lossing, supra. Sounds like it would be difficult to do this.

Posted by Susan Brenner at 3:30 PM