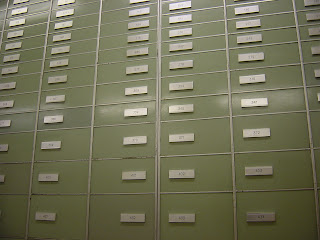 This is a follow-up to my last post, in which I examined Juror Number One’s efforts to avoid being required to execute a consent form that would allow Facebook to provide postings from his Facebook page to certain attorneys.

As I explained in that post, the attorneys represented the criminal defendants at whose trial Juror Number One served as a juror and as jury foreperson. The defendants’ lawyers sought the postings because the lawyers were investigating the possibility he engaged in juror misconduct during that criminal trial.

If you want to know more about what allegedly happened at the criminal trial and with regard to Juror Number One’s efforts to avoid being required to help the defendants’ attorneys obtain the postings, then you should check out my last post. This one isn’t about Juror Number One’s efforts to avoid giving the defendants and their attorneys access to his (alleged) postings. It is, instead, my generally hypothetical analysis of the Constitutional issues Juror Number One cited as to why he should not be required to provide access to the postings.

We’ll begin by reviewing how the trial court judge (Judge Kenny) sought to require Juror Number One to provide access to them. As I explained in my last post, the judge quashed (nullified) a subpoena the defendants’ lawyers issued to Facebook, in an effort to obtain the postings directly from the company that, in effect, has “custody” of them. The judge apparently found that the subpoena violated Juror Number One’s privacy rights under the California Constitution (which I’m not going to address here) and under a federal statute – the Electronic Communications Privacy Act. I’m not going to deal with the statute here, either; as I noted earlier, in this post I’m only going to focus on the U.S. Constitutional issues that might be implicated by the approach the judge took to getting Juror Number One to give the defendants and their attorneys access to the postings.

As I explained in my last post, On February 4, 2011, after he quashed the subpoena Judge Kenny “issued an Order . . . requiring [Juror Number One to] . . `execute a consent form sufficient to satisfy the exception stated in Title 18, U.S.C. section 2702(b) allowing Facebook to supply the posting made by Juror # 1 during trial.’” Complaint ¶ 28, Juror Number One v. State of California, et al., U.S. District Court for the Eastern District of California, No. CIV. 2:11-397 WBS JFM.

That reminded me of a tactic federal prosecutors used (and maybe still use) to gain access to secret foreign bank accounts, a tactic that was challenged on the grounds it violated the 5th Amendment privilege against self-incrimination. Since Juror Number One claims the judge’s order violates his 5th Amendment privilege, I thought it would be useful to analyze Judge Kenny’s order based on the Supreme Court’s analysis of the similar tactic used to gain access to secret offshore bank accounts.

The case is Doe v. U.S., 487 U.S. 201 (1988). John Doe was the target of a federal grand jury investigation “into possible federal offenses arising from suspected fraudulent manipulation of oil cargoes and receipt of unreported income.” U.S. v. Doe, supra. The grand jury served Doe with a subpoena that required him to produce “records of transactions in accounts at three named banks in the Cayman Islands and Bermuda.” U.S. v. Doe, supra. He produced some records and said no additional records that were responsive to the subpoena were in his “possession or control.” U.S. v. Doe, supra. Federal agents served subpoenas on the three banks, but they refused to comply and produce records, “[c]iting their governments’ bank-secrecy laws, which prohibited the disclosure of account records without the customer’s consent.” U.S. v. Doe, supra.

That left federal prosecutors at an apparent impasse, but they had a new trick up their sleeves: They filed a motion with the local federal district court asking the court to order Doe to execute “forms consenting to disclosure of any bank records respectively relating to 12 foreign bank accounts over which” the government knew or believe he had control. U.S. v. Doe, supra. The motion led to a lot of litigation, but eventually the federal district court judge ordered Doe to sign the forms, which were commonly known as “compelled consents.” U.S. v. Doe, supra. He refused, citing his 5th Amendment privilege, and the issue went all the way to the Supreme Court. U.S. v. Doe, supra.

As I’ve explained in earlier posts, to be able to claim the 5th Amendment privilege you have to be (i) compelled to (ii) give testimony that (iii) incriminates you, i.e., implicates you in a crime. The subpoena compelled Doe to sign the forms because if he didn’t comply, he would be held in civil contempt and lock up until he did. We’ll assume, as the courts did, that signing the forms could be incriminating. The issue was whether signing them was “testimony,” and the Supreme Court decided it was not: “[N]either the form, nor its execution, communicates any factual assertions, implicit or explicit, or conveys any information to the Government.” U.S. v. Doe, supra.

In finding that signing the forms was not “testimony,” the Court relied on two factors: The form didn't’ identify any particular bank or bank account; it said Doe directed any bank at which he had any account to disclose account information to prosecutors or grand jury. U.S. v. Doe, supra. The other factor was that the form didn’t say that Doe was consenting; it said that the form “shall be construed as consent” to provide access to the accounts. U.S. v. Doe, supra.

We read the [form] as equivalent to a statement by Doe that, although he expresses no opinion about the existence of, or his control over, any such account, he is authorizing the bank to disclose information relating to accounts over which, in the bank's opinion, Doe can exercise the right of withdrawal. . . . When forwarded to the bank along with a subpoena, the executed directive . . . will simply make it possible for the recipient bank to comply with the Government's request to produce such records. . . . [T]he only factual statement made by anyone will be the bank's implicit declaration, by its act of production in response to the subpoena, that it believes the accounts to be [Doe’s].

U.S. v. Doe, supra. So Doe lost on his attempt to take the 5th and refuse to sign the form.

That brings us back to Juror Number One, who’s effectively being required to execute a Facebook-specific compelled consent. Does the decision in Doe foreclose him from taking the 5th and refusing to sign the form? The attorneys for the criminal defendants will no doubt argue that Juror Number One can’t take the 5th because, while he is being compelled to sign the consent form (he’ll be held in contempt if he doesn’t), he isn’t being compelled to give “testimony” that “incriminates” him. For the purposes of this analysis, I’m going to assume that the alleged Facebook postings described in my prior post would incriminate Juror Number One in some type of criminal activity – enough to trigger the “incriminating” element of the 5th Amendment analysis. That leaves the “testimony” issue.

The resolution of that issue, IMHO, depends on several things. If I represented Juror Number One, I’d argue that the consent he’s being required to execute differs from the Doe compelled consent in that it does, in fact, identify the existence of and his ownership of a specific Facebook account. I would use that to try to distinguish Doe from his case and establish that unlike Doe, Juror Number One can, in fact, take the 5th and refuse to sign the form. In other words, I’d say that unlike Doe, Juror Number One would be “telling” the defendants’ lawyers something.

If, on the other hand, I represented the criminal defendants in this matter, I’d say the fact that the compelled consent is Facebook-specific is irrelevant on the facts in this case. What we’re talking about here, as I’ve explained in prior posts, is whether the act of producing tangible evidence constitutes “testimony” under the 5th Amendment. As I noted in another post, even if the person who’s been subpoenaed or ordered to produce evidence shows that the act of producing it is “testimony,” he/she will lose the ability to invoke the 5th Amendment privilege if the existence and his/her possession and control of the evidence is a “foregone conclusion.”

That leaves Juror Number One’s other Constitutional argument: that requiring him to sign the form and thereby provide the attorneys for the criminal defendants with access to his Facebook postings would violate his 4th Amendment right to privacy. I think this will be a challenging argument to make: As I’ve noted in earlier posts, the Supreme Court held, in Smith v. Maryland, 442 U.S. 735 (1979), that we have no 4th Amendment expectation of privacy in information we share with third parties.

In Smith, it was the numbers Smith dialed from his home phone; today, courts apply the Smith holding to web browsing data, ISP subscriber data and a host of other records. The premise behind the Smith holding was that by sharing information (phone numbers, IP addresses, etc.) with a third party (phone company, ISP, web-site), I assume the risk that the third party will give that information to law enforcement (or anyone else).

So, if I represented the criminal defendants, I’d cite Smith and use it to refute Juror Number One’s argument that he has a 4th Amendment expectation of privacy in his postings on his Facebook page. I could also simply argue the basic Katz v. U.S. assumption of risk principle: what a person knowingly exposes to public view is not private. So, I’d argue that by posting statements on his Facebook page, Juror Number One surrendered any 4th Amendment expectation of privacy in those postings.

If I represented Juror Number One, I’d try using a relatively recent decision from the U.S. Court of Appeals for the 6th Circuit to rebut the Smith-Katz arguments. In U.S. v. Warshak, 2010 WL 507176 (6th Cir. 2010), the Court of Appeals held that Warshak “enjoyed a [4th Amendment] reasonable expectation of privacy” in emails he left stored with his ISP. So, I could use the recent Warshak decision to argue that Juror Number One’s Facebook page (and account) is analogous to Warshak’s ISP account, i.e., both have (should have) a 4th Amendment expectation of privacy in the content they leave stored in those accounts.

As I noted in my prior posts, Juror Number One also has a federal statutory argument, which I’m not going to deal with here. I wanted to focus on the potential Constitutional issues the case might present.

I would think trying to equate someone's facebook to emails would be difficult. Facebook by its very nature is an open society. Unless they could show that juror number one took some sort of measures to increase the privacy of his account beyond the defaults I would think that the argument would not work. Email is more private than social networking because it is usually more like conventional mail in that one person is sending to one recipient whereas facebook is more like standing on a street corner shouting at a friend on the opposite street corner.