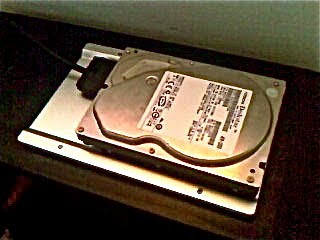 The case we’re going to examine involves one of these principles: the “plain error” standard of review. As the Lawyers.com site notes, to establish “plain error based on wrongly allowed evidence, there must be apparent prejudice to the criminal defendant. That is, there is no plain error unless the bad evidence caused the defendant's conviction."

The relationship began in the summer of 2006, when Anna was

living with her mother and older sister in Cabarrus County. [Jennings], who was 28 at the time, and his wife were neighbors . . . . Anna's family was having problems with their computer and asked [Jennings], who had some computer skills, if he would try to fix it. [He] took the computer to his house, fixed the problem, and returned it. . . .

Later, while Anna was doing homework one night, she received an instant message on the computer from [Jennings], although she had not given [him] her `screen name.’ [He] told Anna he had liked her `for a while’ and asked her to call him that night. When Anna called [him], she thought it was `weird' because he was an `older guy.’ After talking for a while, [Jennings] began describing `sexual favors' he wanted Anna to do to him.

[Jennings] and Anna began instant messaging or talking on the telephone almost every day and [he] would tell Anna that he loved her, wanted her to perform oral sex on him, and wanted to have sex with her. One night in January 2007, Anna snuck out . . . after midnight and met [him] at a gas station near her house. Anna got into [his] car and he drove to a cul-de-sac and parked. Anna sat on [his] lap and they kissed `with tongue.' After about an hour and a half, [Jennings] . . . took Anna back home.

They wound up having oral sex and sexual intercourse, after which Jennings drove her home. State v. Jennings, supra. After that, they continued to “instant message and talk on the telephone. [Jennings] set up a page on . . . MySpace for them to communicate. [He] labeled the page “Pomp Daddy” as a reference to a instance when Anna and [he] were instant messaging and Anna accidentally called [him] `Pomp Daddy` when she intended to type `Pimp Daddy.’” State v. Jennings, supra.

expert testimony by Dr. Jones, the physician that performed Anna's sex abuse examination, and by Sergeant Brian Shiele, the police officer, qualified in computer forensics, who examined [Jennings’] computer. As [Jennings] did not object to either witness' testimony, [his] contention regarding the admissibility of the experts' testimony is reviewed for plain error. . . . Under plain error analysis, the defendant bears the burden of demonstrating `not only that there was error, but that absent the error, the jury probably would have reached a different result.' State v. Jordan, 333 N.C. 431, 426 S.E.2d 692 (1993).

After the trial court accepted him ““as an expert in forensic computer examination, Schiele testified that . . . the police department obtained and executed a search warrant for [Jennings’] residence,” where they apparently seized computers, digital storage media and “pretty much anything computer-related.” State v. Jennings, supra. The Sergeant testified that while he was unable to examine two hard drives because there

was `something physically wrong’ with one of the[m] and the other had been `wiped clean,’ he [was] able to examine five other hard drives, four camera memory cards, and numerous compact discs. Schiele [said] he found `nothing illicit, such as `sexually illicit photos or any correspondence between [Jennings] and the victim.’

Q. [B]ased on your training and experience, do those who have proof of criminal activity on a computer, do they make attempts to hide it?

Q. Based on your training and experience, someone conducting an illegal relationship, [do] you think they would . . . save that conversation?

Q. Based on your experience and training, would someone who set up a site for a young girl put their real statistics for law enforcement to find?

The Court of Appeals began its analysis of Jennings’ first argument by noting that Rule 702(a) of the North Carolina Rules of Evidence says that if “scientific, technical or other specialized knowledge will assist the [jury] to understand the evidence or determine a fact in issue, a witness qualified as an expert by knowledge, skill, experience, training, or education, may testify thereto in the form of an opinion.” The court also noted that expert testimony is admissible under this rule “``when it can assist the jury in drawing certain inferences from facts’”. State v. Jennings, supra (quoting State v. Evangelista, 319 N.E. 152, 353 S.E.2d 375 (1987)).

The Court of Appeals noted that it had “held that law enforcement officers may properly testify as experts about the practices criminals use in concealing their identity or criminal activity.” State v. Jennings, supra. It then explained that prior to being

[T]he State elicited the . . . testimony from Schiele to explain why, despite Anna's testifying that she and [Jennings] routinely communicated through instant messaging and their MySpace web page and that defendant took digital photographs of her vaginal area during sex, no evidence of these communications or photographs were recovered from [his] computer equipment, camera, or storage devices. As Schiel's expertise included training in areas such as `advance data recovery and analysis,’ `cyber crime investigation,’ and `on-line crime scene investigation,’ his testimony addressing how a person might hide or destroy incriminating information on a computer or provide false personal information to avoid detection was within the scope of his expertise.

Next, the court addressed Jennings’ claim that Schiel’s testimony constituted an improper opinion on his guilt. State v. Jennings, supra. It noted Jennings was correct “that `law enforcement officers [should not be permitted] to provide their opinions regarding [a] defendant’s guilt,’” but held that Schiel’s testimony “did not `impermissibly invade [] the province of the jury’ by `dr[awing] an inference’” about his guilt from the evidence. State v. Jennings, supra (quoting State v. Carrillo, 164 N.C. App. 204, 595 S.E.2d 219 (2004) and State v. Owens, __ N.C. App. __, 695 S.E.2d 825 (2010)).

Finally, the Court of Appeals held that “assuming the trial court erred in admitting the challenged portions of Schiel's testimony, [Jennings] has failed to demonstrate that” the error constituted plain error, i.e., had failed to show that “`the jury would probably have reached a different verdict if this testimony had not been admitted.’” State v. Jennings, supra (quoting State v. Hammett, 361 N.C. 92, 637 S.E.2d 518 (2006)).

Anna's detailed description of the sexual acts committed by [him], [his] boss' testimony concerning the cell phone conversation between [Jennings] and Anna in which [he] described performing sexual acts with her and [admitted] having a relationship with Anna, as well as evidence that Anna, [Jennings’] ex-wife, and his girlfriend were all diagnosed with the same sexually transmitted bacterial infection.