Child Pornography Was Not Hearsay 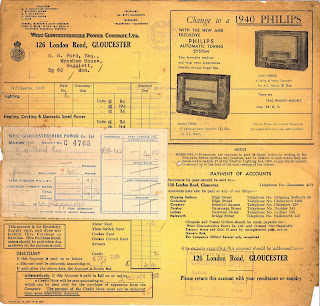 The defendant whose case produced a recent decision from a Maine federal district court made an argument I’ve not seen before: He claimed that images of child pornography were hearsay and, as such, inadmissible against him at his trial on child pornography charges.

On March 15, 2007, Yahoo! . . . received customer complaints about . . . images of child pornography associated with the screen name `lilhottyohh.’ Yahoo! searched its servers for sites associated with that screen name and reported the images to the National Center for Missing and Exploited Children (NCMEC).

In August 2007, after viewing the images, NCMEC referred the matter to the Maine State Police Computer Crimes Unit (MSPCCU), directing MSPCCU to images associated with the `lilhottyohh’ screen name as well as those associated with a second screen name, `lilhottee00000.’

Later, NCMEC made a second referral concerning child pornography Yahoo! had discovered in the photographs section of an account under the screen name `harddude0000.’ Yahoo! records confirmed that these three screen names were traceable to an Internet Protocol (IP) address, which had been assigned to [James] Cameron's wife at a residence they shared in Hallowell, Maine.

On December 17, 2007, the Maine State Police executed a search warrant at Cameron's residence and seized four computers. An analysis of the computers revealed . . . that an eMachines computer at Cameron's home had been used to access seventeen Yahoo! profiles, including variations of `lilhottee,’ `harddude,’ and other screen names.

Based on this and other information, the Government served process on Yahoo!. In compliance with the subpoena, Yahoo! produced images and discs associated with the identified screen names that contained child pornography. At trial, the Government sought to introduce these images of child pornography with evidence tying [Cameron] to the screen names.

After being convicted, he filed motions seeking a new trial or a judgment of acquittal. U.S. v. Cameron, supra. As Wikipedia explains, a motion for a new trial asks a court “to overturn or set aside . . . a jury verdict.” Wikipedia also notes that such a motion must be “based on some vital error in the court’s handling of the trial, such as the admission or exclusion of key evidence”. A motion for acquittal is filed under Rule 29 of the Federal Rules of Criminal Procedure and asks the judge to “set aside the verdict [of the jury] and enter an acquittal”, on the grounds that the evidence presented “is insufficient to sustain a conviction.” So Cameron is pleading in the alternative, i.e., asking the court to give him a new trial or grant him a directed acquittal.

None of that is novel. What I found novel was Cameron’s argument that the child pornography was hearsay. Unfortunately, I don’t have access to the motion in which he made this argument, so my description of the argument comes purely from this opinion.

set the stage for Mr. Cameron's objections, it is necessary to review the [U.S. Court of Appeals for the] Seventh Circuit case of U.S. v. Jackson, 208 F.3d 633 (7th Cir. 2000), which Cameron cites in support of his motions. In Jackson, the Seventh Circuit addressed whether the contents of Web site postings could be admitted into evidence under the business records exception to the rule against hearsay evidence. Noting that the comments on the Web sites were being introduced for their truth and were therefore hearsay, the Seventh Circuit rejected the contention that the website postings were the business records of the ISPs:

The Jackson Court went on to state that, even if admissible as business records, the website postings should still have been excluded because they lacked authentication under Rule 901 [of the Federal Rules of Evidence]. The Court concluded that, to be admissible under Rule 803(6), business records must be reliable and `business records are inadmissible if the source of information or the method or circumstances of preparation indicate a lack of trustworthiness.’ [Jackson, supra (quoting U.S. v. Croft, 750 F.2d 1354 (U.S. Court of Appeals for the 7th Circuit 1984)).

The Seventh Circuit then affirmed the district court ruling that the postings were inadmissible because, among other things, the movant was unable to show that these postings were authentic.’

The Maine district court judge explained that “[a]pplying Jackson to his case, Cameron contends that the digital images found on the ISP servers are not admissible under Rule 803(6) -- the business record exception”. U.S. v. Cameron, supra. He did not agree:

The brief answer to Cameron's contentions is that Jackson does not apply because the images are not hearsay to begin with and the business records exception does not apply. Jackson's holding, which affected postings – statements -- on websites, does not extend to images.

He also cited a civil case which held that because “printouts from third party websites” were being “`introduced to show the images and text found on the websites, they are not statements at all – and thus fall outside the ambit of the hearsay rule.” U.S. v. Cameron, supra (quoting Perfect 10, Inc. v. Cybernet Ventures, Inc., 213 F.Supp.2d 1146 (U.S. District Court for the Central District of California 2002)).

The federal judge wrapped up his analysis of Cameron’s hearsay argument with the following observations:

Cameron had also argued that the images had not been adequately authenticated, as required by Rule 901 of the Federal Rules of Evidence. The judge explained that his “conclusion that the . . . images are . . . non-hearsay, substantive evidence does not make the images automatically admissible.” U.S. v. Cameron, supra.

It was still necessary for the government to “authenticate” them, i.e., to show that the images were what the government claimed them to be. U.S. v. Cameron, supra. He found that the prosecution had satisfied that requirement:

They further testified that the evidence offered by the Government from Yahoo! and Google's servers was the same as that produced by Yahoo! and Google. Finally, they traced the images on their servers to Cameron. . . . . [T]his testimony satisfied the Rule 901 authenticity requirements. . . . The images were thus admissible.

Posted by Susan Brenner at 9:43 AM