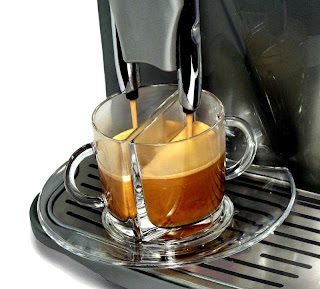 This post deals with an issue that came up in a recent case in which a defendant challenged the sentence imposed on him.

In April, 2008, a 15 year-old female residing in the Western District of Missouri inadvertently sent a text message to Neil Kramer, a career criminal and parolee, who was then a resident of Louisiana. Kramer sent a reply to the message, beginning a seven-month period in which he and the victim regularly corresponded with one another through text messaging and telephonic communication. The victim . . . revealed to Kramer that she was 15 years of age.

On November 10, 2008, the victim contacted Kramer and the two arranged to meet in Cabool, Missouri, that night. At approximately, 12:30 a.m. on November 11, Kramer made contact with the victim at the Bull's Eye Convenience Store, after driving from his home in Violet, Louisiana. The pair drove to the Comfort Inn in Willow Springs, Missouri, where he plied the victim with illegal narcotics and then engaged in sexual intercourse with her.

At 8 a.m., Kramer and the victim departed Willow Springs, Missouri, and drove to Kramer's trailer in Violet, Louisiana. Upon their arrival, Kramer gave the victim more narcotics and again had sexual intercourse with her.

On Friday, November 14, Kramer took the victim to Barracuda's Bar in Poydras, Louisiana. . . . [A]fter ingesting several alcoholic beverages, [she] excused herself to use the restroom, where she [sent] a text message to her Members of the St. Bernard Parish Sheriff's Department responded to the bar and arrested Kramer in the parking lot. The victim was located in the bathroom and was . . . reunited with her family.

As Wikipedia explains, in sentencing someone under the Federal Guidelines, a judge determines the “offense level” of the crime(s) of which the defendant was convicted and the defendant’s “criminal history.” The judge uses the offense level and criminal history to determine the sentencing range, e.g., the permissible sentence is 84-105 months, which the judge uses in imposing sentence on the defendant. As Wikipedia also notes, the Guidelines also incorporate “adjustments” – factors that can increase or decrease the actual amount of time a defendant will be required to serve.

As noted above, Kramer used a phone to communicate with the victim, something he admitted (apparently in the course of pleading guilty): Kramer “acknowledged that he used his cellular telephone-a Motorola Motorazr V3-to make voice calls and send text messages to the victim for a six-month period leading up to the offense.” U.S. v. Kramer, supra.

The judge in the Kramer case decided that his use of the cellphone justified an adjustment that enhanced Kramer’s sentence:

The district court-over Kramer's objection-concluded that the phone was a ‘computer,’ ` see 18 U.S. Code § 1030(e)(1), applied a two-level enhancement for its use to facilitate the offense, see U.S. Sentencing Guidelines Manual § 2G1.3(b)(3) (2009), and sentenced Kramer to 168 months' imprisonment. Although this sentence is within both the original and enhanced guidelines ranges, the district court acknowledged that without the enhancement it would have sentenced Kramer to 140 months' imprisonment.

On appeal, Kramer claimed the district court judge erred in imposing the enhancement “because a cellular telephone, when used only to make voice calls and send text messages, cannot be a `computer’ as defined in 18 U.S. Code § 1030(e)(1)”. U.S. v. Kramer, supra. Kramer argued that the district court judge “incorrectly interpreted the term `computer’ to include a “basic cell phone” being used only to call and text message the victim. In his view, the enhancement should apply only when a device is used to access the Internet.” U.S. v. Kramer, supra.

U.S. Sentencing Guidelines Manual § 2G1.3(b)(3) provides a two-level enhancement for `the use of a computer . . . to ... persuade, induce, entice, coerce, or facilitate the travel of, the minor to engage in prohibited sexual conduct. . . .’ “‘Computer’ has the meaning given that term in 18 U.S. Code § 1030(e)(1). U.S. Sentencing Guidelines Manual § 2G1.3(b)(3) cmt. n.1 (2009), that is, it `means an electronic, magnetic, optical, electrochemical, or other high speed data processing device performing logical, arithmetic, or storage functions, and includes any data storage facility or communications facility directly related to or operating in conjunction with such device,’ 18 U.S. Code § 1030(e)(1). It does not, however, `include an automated typewriter or typesetter, a portable hand held calculator, or other similar device.’ 18 U.S. Code § 1030(e)(1).

exceedingly broad. If a device is `an electronic ... or other high speed data processing device performing logical, arithmetic, or storage functions,’ it is a computer. This definition captures any device that makes use of a electronic data processor, examples of which are legion. Additionally, each time an electronic processor performs any task-from powering on, to receiving keypad input, to displaying information-it performs logical, arithmetic, or storage functions. These functions are the essence of its operation. See The New Oxford American Dictionary 277 (2d ed.2005) (defining `central processing unit’ as `the part of a computer in which operations are controlled and executed’).

In a footnote, the court noted that the “parties disagree over the meaning of” the statutory language quoted in the first sentence of the paragraph above:

Kramer argues that the word `electronic’ modifies `high speed data processing device’ and therefore the device must be both `electronic’ and `high speed.’ The government argues that `electronic, magnetic, optical, [and] electrochemical’ data processing devices are, by their nature, `high speed,’ and the language `other high speed’ was included to expand the statute to cover additional types of high-speed devices that were not, or could not be, enumerated. We need not resolve this dispute because even if Kramer's reading of the statute is correct, a modern cellular phone can be a `high speed’ electronic device. Indeed, modern cellular phones process data at comparable or faster rates than the desktop computers that existed when § 1030(e)(1) was enacted.

In the text of the opinion, the Court of Appeals explained why it was rejecting Kramer’s argument:

[T]here is nothing in the statutory definition that purports to exclude devices because they lack a connection to the Internet. To be sure, the term computer `does not include an automated typewriter or typesetter, a portable hand held calculator, or other similar device.’ 18 U.S. Code § 1030(e)(1). But this hardly excludes all non-Internet-enabled devices from the definition of `computer’ -- indeed, this phrasing would be an odd way to do it. Whatever makes an automated typewriter `similar’ to a hand held calculator -- the statute provides no further illumination -- we find few similarities between those items and a modern cellular phone containing an electronic processor. Therefore we conclude that cellular phones are not excluded by this language.

Of course, the enhancement does not apply to every offender who happens to use a computer-controlled microwave or coffeemaker. Application note 4 to § 2G1.3(b)(3 limits application of the enhancement to those offenders who use a computer `to communicate directly with a minor or with a person who exercises custody, care, or supervisory control of the minor.” U.S. Sentencing Guidelines Manual § 2G1.3(b)(3) cmt. n.4 (2009). Therefore, the note continues, the enhancement `would not apply to the use of a computer or an interactive computer service to obtain airline tickets for the minor from an airline's Internet site.’ This is a meaningful limitation on the applicability of the enhancement, but it is no help to Kramer.

The court acknowledged, however, that a

`basic’ cellular phone might not easily fit within the colloquial definition of `computer.’ We are bound, however, not by the common understanding of that word, but by the specific-if broad-definition set forth in § 1030(e)(1). Now it may be that neither the Sentencing Commission nor Congress anticipated that a cellular phone would be included in that definition. As technology continues to develop, § 1030(e)(1) may come to capture still additional devices that few industry experts, much less the Commission or Congress, could foresee. But to the extent that such a sweeping definition was unintended or is now inappropriate, it is a matter for the Commission or Congress to correct.

After reviewing the functions of Kramer’s cell phone, which were proved during the sentencing process, the Court of Appeals also rejected Kramer’s argument that “the government’s evidence was insufficient to demonstrate that his cellular phone was a computer”. U.S. v. Kramer, supra. It therefore affirmed his sentence. U.S. v. Kramer, supra.

Posted by Susan Brenner at 9:01 AM

It seems to me , then, that the Court's argument would help support the contention that the 4th Amendment requirement for a warrant applies to cellphones, instead of the 'search incident to an arrest' argument that some make.

I would love it if you could provide a link to the prosecution's brief on the appeal, which you quote from on the third paragraph of your blog.

Sorry . . . the only access I have to it is via Westlaw, and I can't link to the Westlaw entry.

You could probably get it by contacting the court, though.