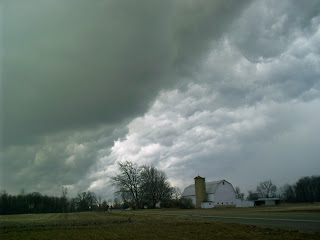 At some point, Ottoman decided that she wanted to move back into the farmhouse, and began a campaign to evict the tenants, move into the house, and forcibly take control of her elderly in-laws' valuable farmland.

In 2004, Ottoman was elected to a four-year term as a Township Trustee. The farm was in the township for which [she] was elected. In 2005, [she] contacted the local sheriff's department to enlist their help in removing the tenants from her in-laws' property, but her efforts were unsuccessful. Ottoman also complained to other local officials about the tenants in the farmhouse, apparently to no avail. . . .

In July 2006, Ottoman contacted a militia organization in Ohio. . . . [and] asked a militia official to help her forcibly remove the tenants from the farm and force her in-laws to sign over the deed to the farmland. Ottoman asked that if the militia was unwilling to help, they recommend some `mercenaries’ who `operate under different sets of rules’ to help her. . . .

In October 2006, . . . . Ottoman created an [email] address in the name of an Assistant United States Attorney. While pretending to be an AUSA, Ottoman sent e-mails to a local attorney to convince him the government was demanding that the tenants be removed from Ottoman's in-laws' farm. Some of the e-mails contained a three-page letter on forged U.S. Department of Justice letterhead that threatened to send the in-laws to prison if they did not evict the tenants and move Ottoman and her husband onto the farm. The local attorney, believing the letter was from an actual AUSA, delivered [it] to the in-laws, who contacted the police.

The 6th Circuit’s opinion adds a few details not included in the prosecution’s brief on appeal. Ottoman used a “Yahoo! email account” to masquerade as the AUSA, and the

fraudulent letter . . . delivered to [her] in-laws had a Department of Justice letterhead and a signature block with the name and title of an Assistant United States Attorney in the Eastern District of Michigan. The AUSA . . . did not know Ottoman nor was he involved in creating or signing the letter.

U.S. v. Ottoman, supra. (If you’d like to see a photo of Marcia Ottoman, plus some press coverage of this case, check out the story you can find here.)

On appeal, Ottoman claimed “ the district court [judge] erred in accepting her guilty plea because it was taken without her full consent and that a factual basis for the plea was lacking.” U.S. v. Ottoman, supra. She had not raised these arguments before the district court judge, before or during the process of taking her plea. U.S. v. Ottoman, supra.

Since she had not raised the issues earlier, the 6th Circuit noted that it reviews a district court judge’s acceptance of such “a guilty plea for plain error under” Rule 52(b) of the Federal Rules of Criminal Procedure. U.S. v. Ottoman, supra. Rule 52(b) states that a “plain error that affects substantial rights may be considered [by a reviewing court] even though it was not brought to the court’s attention.” The 6th Circuit explained that to

establish plain error, a defendant must show, `(1) that there was an error, (2) that is clear and obvious, and (3) that affects substantial legal rights. If the appellant makes that showing, the court has discretion to consider the error if it ‘seriously affects the fairness, integrity, or public reputation of judicial proceedings.’

Both of Ottoman’s arguments on appeal – lack of consent and lack of factual basis for the plea – arose under Rule 11 of the Federal Rules of Criminal Procedure, which governs pleas in federal criminal cases. Under Rule 11(b)(2), before a federal judge accepts a plea of guilty, he or she “must address the defendant personally in open court and determine that the plea is voluntary and did not result from force, threats, or promises (other than promises in a plea agreement).” Under Rule 11(b)(3), before he or she enters a formal judgment on a guilty plea, a federal judge “must determine that there is a factual basis for the plea.”

With regard to the Rule 11(b)(2) issue, Ottoman initially tried “to enter a nolo contendere plea but the court rejected the rationale put forth by Ottoman for a nolo plea.” U.S. v. Ottoman, supra. This is the colloquy that led up to her pleading guilty, instead:

The Court: ... So for all of those reasons the Court declines to accept a plea as a nolo plea.

Defense Counsel: Judge, at this time, Miss Ottoman is prepared to still tender a plea of guilty. . . . Judge, may I just voir dire briefly?

Ms. Ottoman: Now I understand it.

The Court: And you are prepared to do that today?

Ms. Ottoman: I think so.

The Court: You said you think so?

Ms. Ottoman: I think so.

[A]t no time during the plea colloquy did she voice an objection to her plea, nor state any desire to change her plea to something other than guilty. . . . [A]t the conclusion of the proceedings, the court asked Ottoman if she had any questions about what had been done. [Her] response was `no.’ . . . [A]t sentencing, [she] again did not raise any objection to any of the circumstances surrounding her guilty plea. Ottoman's argument that her plea was accepted without her full consent is not well taken.

U.S. v. Ottoman, supra. That brings us to her other argument – the factual basis argument. On the impersonating a federal officer charge, Ottoman initially

minimized her involvement and attempted to shift the blame to her attorney for creating and delivering a letter to her elderly in-laws that appeared to be from the Department of Justice and signed by a local Assistant United States Attorney. As a result, the court expressed some hesitation over accepting Ottoman's plea of guilty to Count One.

U.S. v. Ottoman, supra. The 6th Circuit found that “further questioning” of Ottoman at the sentencing proceeding did establish a “sound factual basis” for her guilty plea:

United States: Did you eventually speak to Special Agent Jim Brennan of the FBI about this case?

United States: Miss Ottoman, that letter that's before you, Government's Exhibit A, in December of 2006 when you met with Agent Brennan, did you tell him that you wrote that letter?

Ms. Ottoman: He asked me if I wrote a letter and I said yes. But he didn't -- we did not expound further or ask any additional questions. He was yelling at me for a good. . . .

United States: Regarding-this is the letter we're talking about.

Ms. Ottoman: I believe so.

United States: Did you tell Agent Brennan that you wrote that letter?

United States: Thank you, Your Honor.

U.S. v. Ottoman, supra. If you look at 18 U.S. Code § 912, which you can find here, you’ll see that this evidence would establish a factual basis for Ottoman’s plea to impersonating a federal officer.

The 6th Circuit also found that the record established “a sufficient factual basis for Ottoman’s guilty plea” to wire fraud:

The Court: So you generated emails using [the Assistant U.S. Attorney's] name.

Ms. Ottoman: Yes, and I would send them to John Forzak and he would likewise do the same and send emails using that same account and send them back to me. . . .

United States: Did you tell . . . Agent Brennan you had written the emails?

Ms. Ottoman: I remember specifically talking about all of the emails, but I admitted to the ones that I knew about.

Ms. Ottoman: Yep, and I believe I told that to the Judge today.

U.S. v. Ottoman, supra. The court noted that Ottoman (i) also admitted participating in drafting the fake letter from the AUSA which was emailed to the local attorney, (ii) knew the attorney would deliver it to her in-laws and (iii) admitted it was “`her plan to get the tenant evicted’” so she and her husband could move back to the farmhouse. U.S. v. Ottoman, supra. If you look up Wikipedia’s entry on wire fraud, you’ll see this conduct clearly provided a factual basis for Ottoman’s plea to that charge.

Posted by Susan Brenner at 9:05 AM

wow - what a moron. why not just forge a letter from the President saying that you own everything and that ur king of the world? I mean, didn't she think that somebody might check or even call the dude (the name on the letterhead) to say, "wtf are u sending me this letter for?"