Yard Sales, “Wiped Clean” Laptops and the Rules of Evidence 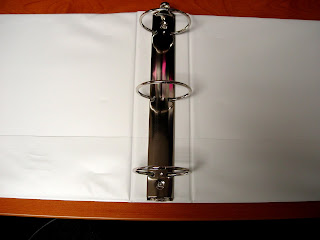 Unlike many of my posts, this one isn’t about a case in which someone was convicted of a computer-related crime and either moved to dismiss the charges or appealed after being convicted of them.

This post deals with an opinion in which a federal district judge in Virginia ruled on two motions federal prosecutors filed, each of which argued for the use of certain evidence at the defendant’s eventual trial.

On June 9, 2007, Andrew J. Heller sold a Compaq Presario laptop computer to his neighbor at a yard sale. The neighbor discovered . . . pornography on the hard drive of the Compaq laptop. . . . [T]he neighbor contacted authorities who inspected the Compaq laptop and after locating images of child pornography, obtained a search warrant for [Heller’s] home.

The government’s first motion asked the court to let it use child pornography found in two PowerPoint files on the Compaq laptop:

U.S. v. Heller, supra. Although Heller was not “charged with any crime pertaining to the images” in the PowerPoint files on the Compaq laptop, the government sought their admission into evidence at trial on the grounds that they were “(1) intrinsic to the crime charged, or (2) admissible under Rule 404(b) to show the defendant's intent, knowledge, plan or absence of mistake with respect to the possession of child pornography found on the 26 CDs and DVDs.” U.S. v. Heller, supra.

In ruling on the first argument, the judge noted that acts not directly at issue in the crime charged are “intrinsic” to that crime when the crimes are either “`inextricably intertwined’”, the acts are “`part of a single criminal episode or the other acts were necessary preliminaries to the crime charged.” U.S. v. Heller, supra (quoting U.S. v. Lighty, 616 F.3d 321 (U.S. Court of Appeals for the 4th Circuit 2010)).

The government argued that the PowerPoint presentations were intrinsic to the possessing child pornography charge based on the child pornography in the tan binder because “(1) they give context to how [Heller] was discovered by law enforcement; (2) are inextricably linked to the CDs and DVDs because they contain images of the same exact nature created within a year from each other; and (3) demonstrate a pattern of illegal activity and intent to possess child pornography.” U.S. v. Heller, supra. The judge didn’t buy the government’s argument:

Second, there is insufficient evidence to establish that the assemblage and possession of both pornography collections . . . were part . . . of the same course of conduct or a single criminal episode. . . . [T]he creation dates for the collections took place during different . . . time periods. . . . The only commonality is that both collections are predominantly adult pornography with child pornography interspersed in a small portion of it and both have a connection to [Heller] albeit in different ways.

U.S. v. Heller, supra. The judge then turned to the government’s argument under Rule 404(b) of the Federal Rules of Evidence, noting that “prior `bad acts” evidence is admissible under Rule 404(b) when the following requirements are met:

(1) the evidence must be relevant to an issue, such as an element of an offense, and must not be offered to establish the general character of the defendant; (2) [it] must be necessary in the sense that it is probative of an essential claim or an element of the offense; (3) [it] must be reliable proof that the defendant in fact committed the other act; and (4) [its] probative value must not be substantially outweighed by its unfair prejudicial effect or by other considerations pertaining to the trial process, such as the confusion of issues, . . . unwarranted distractions or time considerations.

The judge also noted that the evidence “shows only that a computer containing software registered” to Heller was used to create and copy the PowerPoint files and that “other persons had access to the Compaq laptop during the relevant periods.” U.S. v. Heller, supra. Heller also showed that he was elsewhere (attending church, traveling to or attending conferences) when “certain PowerPoint files were accessed from the Compaq laptop.” U.S. v. Heller, supra.

Based on all this and more, the judge held that since there “is no clear evidence” that Heller “ever viewed the” PowerPoint files at issue, they are “not sufficiently reliable as evidence” of Heller’s knowledge that he possessed child pornography to be admitted as evidence under Rule 404(b). U.S. v. Heller, supra. The judge therefore held that since any probative value of the files was “substantially outweighed by their unfair prejudicial effect”, he would not admit them into evidence at trial U.S. v. Heller, supra.

In April 2008, a federal grand jury issued a subpoena to [Heller’s] employers for [his] work computers, which included two desktop[s] and an HP laptop. The desktops were turned over . . . and no evidence of child pornography was found on either. . . . [T]he government seeks to introduce evidence that the hard drive on [Heller’s] HP laptop was `wiped clean’ when [he] turned it into his employer . . . at his employer's request for the purpose of turning it over in response to the . . . subpoena.

In ruling on the prosecution’s second motion, the judge noted that the first issue it raised was whether Heller “committed the act the government argues evidences consciousness of guilt”, i.e., that he “wiped clean the hard drive. That conduct on the part of [Heller] is disputed and the facts do not clearly establish that [he] did what the government claims.” U.S. v. Heller, supra. He explained that the second issue the motion raised was whether there

is a sufficiently compelling connection between the HP laptop and the charged offense, such that had [Heller] wiped clean the hard drive, it would sufficiently reflect consciousness of guilt for the crime charged. Here, the CDs and DVDs at issue were produced between 2003 and 2004. However, [Heller] did not acquire the laptop until 2006, and it could not have been used to make the charged images on those CDs and DVDs. It could have been used to view [them] . . . and there was a docking station at Heller's house.

The HP laptop, however, was not at the house when searched, although the charged pornography was present. In addition, the laptop was one of three computers used for business; and there is no evidence of any connection between the CDs and DVDs and either of the other computers or any other computer traceable to [Heller].. Moreover, the government seems to have viewed the HP laptop as having an attenuated relationship to the crime charged as evidenced by the extensive delays in its obtaining and examining [it]. Many of these facts may cut both ways, but . . . it is impossible to conclude without speculating that [Heller] used the HP laptop to view the charged child pornography.

Posted by Susan Brenner at 1:47 PM