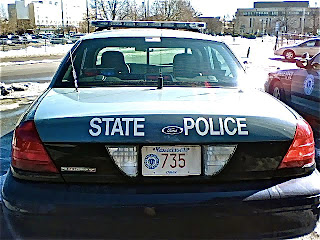 As I’ve explained in earlier posts, in order to introduce evidence – such as emails – at trial, the prosecutor or defense attorney must be able to show that the evidence meets the requirements of the applicable rules of evidence.

developed over several centuries and are based upon the rules from Anglo-American Common law, brought to the New World by early settlers. Their purpose is to be fair to both parties, disallowing the raising of allegations without a basis in provable fact. They are sometimes criticized as a legal technicality, but are an important part of the system for achieving a just result.

This post is about a case from Massachusetts in which the defendant – who had been convicted of “attempted rape of a child” and “solicitation of a prostitute” in violation of Massachusetts law – argued that two items of “documentary evidence” were improperly admitted at his trial. Commonwealth v. Amaral, 78 Mass. App. Ct. 671, __ N.E.2d __, 2011 WL 212833 (Massachusetts Court of Appeals 2011). This is how the case arose:

On August 30, rdwmercury2006@yahoo.com (Jeremy) contacted Ashley and stated, `My name is Jeremy, I'm 27 5'7” 152 lbs . . . [W]anna meet up?’ The two thereafter engaged in numerous brief e-mail communications, amounting to thirty-seven pages of text. In one, Ashley told Jeremy, `I am a 15 year old female,’ to which Jeremy responded, `Hey, I'm ok with it, but can I ask you why you wouldn't mind being friends with a 27 year old?’ Over the course of the communications, Ashley held herself out as a fifteen year old prostitute and Jeremy sent a picture of himself.

On . . . September 17, Jeremy sent an e-mail saying he was interested in meeting with Ashley later that day and sent her his telephone number. . . . Cooke engaged the assistance of a female trooper, Anna Brookes, to pretend to be Ashley and call the number Jeremy provided to arrange a meeting at a local strip mall . . . at 5:00 P.M. Brookes called . . . and addressed the other party as Jeremy, who said he wanted oral sex for fifty dollars. The arrangements were made. Prior to the meeting, Cooke learned that the number he received from Jeremy was registered to Jeremy Amaral. . . .

(1) a printed copy of an electronic document provided by Yahoo! Inc. (Yahoo), an Internet service provider, linking him to a Yahoo account [Exhibit A]; and (2) electronic mail (e-mail) correspondence allegedly between him and the officer [Exhibit G].

We, like the Court of Appeals, will start with Exhibit A. According to the opinion, at Amaral’s trial

to demonstrate that rdwmercury2006 @yahoo.com was [Amaral], the Commonwealth introduced . . . exhibit A, which was a one-page document provided by Yahoo, labeled an account management tool, that indicated that the login name of rdwmercury2006 was registered to `Mr. Jeremy Amaral.’ An affidavit from the custodian of records for Yahoo, John P. Hernandez, accompanied the document.

Commonwealth v. Amaral, supra. The opinion notes that, among other things, the affidavit states that

`Yahoo! servers record this data automatically at the time, or reasonably soon after, it is entered or transmitted, and this data is kept in the course of this regularly conducted activity and was made by regularly conducted activity as a regular practice. Yahoo! provides most of its services to its subscribers free of charge. As such, Yahoo! does not collect billing information or verified personal information from the majority of our users.’

Commonwealth v. Amaral, supra. The document was admitted under the business record exception to the rule of evidence that bars the use of hearsay.

As I explained in an earlier post, hearsay essentially consists of one person’s testifying to something (i.e., “Fred told me Anna killed Tom”) as to which he or she has no first-hand knowledge. In this instance, the witness is simply repeating what he or she heard someone else say. As I explained in another post, the problem with this is that the person against whom such testimony is admitted (the defendant, presumably Anna, in this instance) can cross-examine the person who testified, but not Fred, who’s the one who said Anna killed Tom. That’s a problem for various reasons, the most important of which is that in the Anglo-American judicial system, cross-examination is considered to be essential in determining the truth of witnesses’ testimony.

There are, though, exceptions to the general rule barring hearsay. As I’ve noted in other posts, one of the exceptions is the business records exception. Wikipedia explains that the rationale for this exception is that the employees of a business are under a duty to

be accurate in observing, reporting, and recording business facts. The . . . belief is that special reliability is provided by the regularity with which the records are made and kept, as well as the incentive of employees to keep accurate records (under threat of termination or other penalty). The exception . . . allow[s] the record to substitute for the in-court testimony of the employees, but it can only substitute for what the employee could testify about.

Amaral argued that the Yahoo! document was “not a business record insofar as Yahoo `has no interest in the truth of the information it stores but simply records whatever the user enters.’” Commonwealth v. Amaral, supra. The Court of Appeals rather cursorily rejected his argument:

Little need be said about business records other than that they are a well known exception to the hearsay rule. See [Mass. General Laws 233 §§ 78 and 79]. . . . The foundational requirements of § 78 were met here and the document was properly admitted.

As I’ve noted in earlier posts, for an attorney to introduce evidence at trial, he/she must “authenticate” it, i.e., must show that the evidence is what it’s claimed to be. Rule 901(a) of the Massachusetts Guide to Evidence codifies this rule, stating that the “requirement of authentication or identification as a condition precedent to admissibility is satisfied by evidence sufficient to support a finding that the matter in question is what its proponent claims.”

Posted by Susan Brenner at 9:25 AM