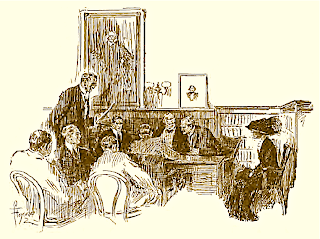 As Wikipedia explains, the attorney-client privilege is “a legal concept that protects certain communications between a client and his or her attorney and keeps those communications confidential.”

And as Wikipedia notes, the attorney-client privilege is

one of the oldest recognized privileges for confidential communications. The United States Supreme Court has stated that by assuring confidentiality the privilege encourages clients to make `full and frank disclosures to their attorneys, who are then better able to provide candid advice and effective representation.

As Wikipedia explains, the following is necessary to establish the existence of the privilege:

1. The asserted holder of the privilege is (or sought to become) a client; and

2. The person to whom the communication was made:

1. is a member of the bar of a court, or his subordinate, and

2. in connection with this communication, is acting as an attorney; and

3. The communication was for the purpose of securing legal advice.

That brings us to Parnes v. Parnes, __ N.Y.S.2d ___, 2011 WL 102664 (New York Supreme Court – Appellate Division, 2011). Linda and Steven Parnes had been married for some unspecified amount of time when they “began experiencing marital difficulties”. Parnes v. Parnes, supra. At that point, Steven contacted

Paul Van Ryn, an attorney who had represented him in a prior divorce and related proceedings. . . . Van Ryn had also represented and dealt with both parties in their capacities as principals in a limited liability company. [Steven] and Van Ryn exchanged e-mails discussing a strategy for [Steven] to gain advantage in future matrimonial and custody litigation.

[Steven] acted in response to some of these e-mails, including sending a letter to [Linda’s] physician stating that [Steven] -- also a physician --disagreed with certain medication being prescribed and would no longer pay for this treatment, which was considered medically unnecessary as evidenced by an insurance company's refusal to cover the medication.

At some point after that, Steven’s deposition was scheduled. At his deposition, Linda’s

counsel questioned [Steven] about his e-mails with Van Ryn. [Linda] apparently discovered a page of one of the e-mails on [his] desk and, while searching for the remainder of the letter, discovered the user name and password for [Steven’s] e-mail account.

She used the password to gain access to [his] account, printed the e-mails between him and Van Ryn, and turned them over to her counsel. [Linda[ then amended the complaint to reflect that [Steven] conspired with Van Ryn to cause [her] anguish. Counsel subpoenaed Van Ryn for a deposition and to produce documents.

The Supreme Court agreed with the trial court’s determination that the emails were protected by the privilege:

[Steven] met his burden of demonstrating that he and Van Ryn communicated as an attorney and client and `that the information sought to be protected from disclosure was a ‘confidential communication’ made to the attorney for the purpose of obtaining legal advice or services. (Matter of Priest v. Hennesy, 51 N.Y..2d 62 (1989). . . . [Steven] averred that, while he had been friends with Van Ryn for many years, he contacted Van Ryn in his capacity as an attorney to seek advice about a potential divorce and custody battle.

The context of the e-mails shows Van Ryn was giving legal advice, sent from his law firm e-mail address, and billed [Steven] for his time. Van Ryn provided [Steven] with a retainer agreement; although they never executed it, Van Ryn averred that he did not require an executed agreement from clients until the matter proceeded to litigation or negotiations, and clients frequently sought advice before those stages without an executed retainer agreement.

Parnes v. Parnes, supra. So the requirements outlined above were satisfied.

The Supreme Court also found, though, that Steven waived the attorney-client privilege “with respect to one page of one email.” Parnes v. Parnes, supra.

As the proponent of the privilege, defendant bore the burden of proving that he did not waive it. . . . [Linda] averred that she discovered a single printed page of a five-page e-mail on a desk in the marital residence. The parties acknowledge that this desk was located in a room used as an office and the parties, their nanny and babysitters all used that room.

[Steven] contends that the desk contained only his papers and [Linda] had her own desk in the same room, but [she] appears to disagree.

Regardless of whether the parties had separate desks, by leaving a hard copy of part of a document on the desk in a room used by multiple people, [Steven] failed to prove that he took reasonable steps to maintain the confidentiality of that page. . . . Hence, [he] waived the privilege as to that one page, and [Linda] may use that single page in litigation.

The Supreme Court reached a different conclusion with regard to the other emails at issue:

[Steven] took reasonable steps to keep the e-mails on his computer confidential. [He] set up a new e-mail account and only checked it from his workplace computer. Leaving a note containing his user name and password on the desk in the parties' common office in the shared home was careless, but it did not constitute a waiver of the privilege. [Steven] still maintained a reasonable expectation that no one would find the note and enter that information into the computer in a deliberate attempt to open, read and print his password-protected documents. . . .

[Linda] admits that after she found the one page, she searched through [Steven’s] papers in an effort to find the rest of the document, instead found the note, then purposely used the password to gain access to [his] private e-mail account, without his permission, to uncover the remainder of the e-mail. Under the circumstances, [Steven] did not waive the privilege as to the e-mails in his private e-mail account.

the privilege moot when communications between an attorney and client are themselves used to further a crime or fraud. In Clark v. United States, [289 U.S. 1, (1933)], the U.S. Supreme Court writes that `A client who consults an attorney for advice that will serve him in the commission of a fraud will have no help from the law. He must let the truth be told.’ The crime-fraud exception also does require that the crime or fraud discussed between client and attorney be carried out to be triggered.

physician did not constitute a fraud upon [Linda] or the physician. [Steven] expressed his personal opinion that [she] should not be taking human growth hormones, an opinion supported by the insurance company's refusal to cover that treatment.

[Steven] also informed the physician that [he] would no longer pay for this treatment. While [Linda] contends that [Steven] had evil motives for sending this letter and providing her a copy -- namely to deprive her of necessary medicine and cause her mental anguish – [his] actions did not constitute a fraud regardless of his intentions. . . . Based on the insurance company's refusal, presumably due to its determination that the treatment was not medically necessary, [the trial judge] did not err in finding that [Steven], as [Linda’s] former physician, did not breach a fiduciary duty to her by sending the letter.

Although she describes the strategy discussed by defendant and Van Ryn as an attempt to make her `snap,’ [Linda] was not doing so by breaching a fiduciary duty. [She] offers only speculation that [Steven] conspired to commit the crime of assault upon her, without any probable cause to support her assertion. . . . Although case law also applies the crime-fraud exception to `other wrongful conduct,’ such conduct must usually be of a criminal or dubious nature, not merely mean or dishonorable.

In light of most computer crime laws, and recent news articles like http://www.cbsnews.com/stories/2010/12/27/national/main7189082.shtml - I'm highly surprised the wife' attorney tried to take advantage of the wife's actions. Depending of course on the specific state laws, he seems to be doing his client a dis-service by introducing the wife's actions into evidence, leaving the door open for both criminal charges and civil suit later.

That surprised me, too.