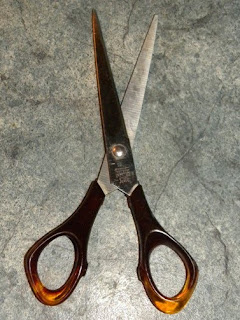 This post deals with a rather unusual issue that was raised in a motion to suppress evidence. The motion was filed in U.S. v. Noyes, 2010 WL 5139859 (U.S. District Court for the Western District of Pennsylvania 2010).\

Jeremy Noyes is “charged with one count each of transporting, receiving, and possessing material depicting minors engaged in sexually explicit conduct and one count of transporting obscene matter”, all in violation of federal law. U.S. v. Noyes, supra. The evidence “giving rise to these charges was obtained as the result of searches conducted of Noyes’ email accounts, residence” and a thumb drive. U.S. v. Noyes, supra.

We’re only concerned with the searches of his Yahoo! and Google email accounts.

FBI Agent Brenneis' applications for warrants to search the accounts “were submitted contemporaneously” to a federal Magistrate Judge and “signed by her on July 31, 2008.” U.S. v. Noyes, supra. The Yahoo! Warrant sought permission to search a

`Yahoo!, Inc. account controlled by and using the e-mail address "jeremy_noyes @yahoo.com"'. . . . A document designated `Attachment A,’ which was attached to and incorporated into the warrant by reference, designated the items to be seized from this account, to wit:

4. Any records of passwords, login names, dates, times and activity associated with the Yahoo e-mail account. . . .'

`controlled by and using the e-mail address "jeremynoyes@gmail.com."' Like the Yahoo Warrant, the Google Warrant indicated that the target e-mail account was located in the Northern District of California. Moreover, like the Yahoo Warrant, the Google Warrant incorporated by reference an `Attachment A,’ which listed the items to be seized from the account. These items were essentially identical to those listed in Attachment A to the Yahoo Warrant, except that they referenced the e-mail address `jeremynoyes@gmail.com’ rather than . . . `jeremy_noyes @yahoo.com.’

U.S. v. Noyes, supra. The aspect of the Google Warrant that is relevant to Noyes’ motion to suppress is that its Attachment A

mistakenly uses the phrase `Yahoo e-mail account’ in place of the phrase Google e-mail account in reference to items 2 through 4, such that the list of items to be seized in the Google Warrant, as set forth in Attachment A, reads as follows:

The affidavits apparently contained a lot of detailed information, but I think this paragraph gives you an idea of what was at issue:

APC-1 stated that, on June 29, 2008, the Erie FBI office had received information from headquarters concerning an anonymous complaint submitted on the FBI webpage two days earlier by an individual using the fictitious name `Sally Ann Slokum.’ . . . Slokum reported that . . . Jeremy Noyes, 723 Brown Avenue, Erie, Pennsylvania, was attempting, via the internet, to obtain a four year-old female, named Abby, and her mother Alex, as sex slaves. Slokum indicated Alex was from West Virginia but was now living with her daughter in New Zealand. According to Slokum, Alex and Abby were supposed to travel to Erie . . . in April of 2008 but had been delayed by immigration issues and selling their house.

revealed e-mail discussions involving the sexual exploitation of minors, but did not result in the discovery of images depicting such exploitation. His review of the Google gmail account . . . revealed the presence of several e-mail messages sent from jeremynoyes@gmail.com to another e-mail account with attachments containing numerous images of prepubescent minors engaged in sexually explicit activity. Also included in the attachments were animations depicting the sexual abuse of minors.

That brings us back to Noyes’ motion to suppress. The Yahoo! and Google account searches were conducted pursuant to warrants, which would mean they complied with the 4th Amendment unless there was a problem with the warrants. Noyes claimed the warrants were “facially deficient” because they were (i) based on “an affidavit so lacking in . . . probable cause as to render” the search unconstitutional or (ii) so facially deficient they “failed to particularize the place to be searched”. State v. Noyes, supra. As I explained in an earlier post on an email warrant, the 4th Amendment requires that a warrant “particularly describe” the place to be searched and the item(s) to be seized.

[T]he exhibits attached and incorporated into APC-1 clearly showed Noyes was using the specified Yahoo and Google e-mail accounts to communicate with others in furtherance of his alleged criminal activities. The fact that the affidavit did not itself discuss what e-mail is and how it works is of no moment; I agree with the Government's contention that e-mail is so ubiquitous and commonplace in today's society . . . that its basic functioning would have been a matter of common knowledge and experience for the reviewing Magistrate Judge.

As to the second issue, Noyes argued that the Google Warrant was facially defective because it “suffer[ed] from what is `likely sloppy “cut and paste” work on the government's behalf’”. State v. Noyes, supra. Noyes relied on the fact that Attachment A, “though correctly identifying the e-mail account to be searched as `jeremynoyes@gmail.com,’ repeatedly and mistakenly describes this account as a `Yahoo e-mail account’ when, according to Noyes, `it is universally known that the suffix “@gmail.com” means a Google account.’” State v. Noyes, supra.

In ruling on this argument, thejudge noted that it “is well established that the Fourth Amendment's requirements are `practical and not abstract’ and, thus, the sufficiency of a warrant must be judged in a `commonsense and realistic fashion.’” State v. Noyes, supra (quoting U.S. v. Ventresca, 382 U.S. 102 (1965). He then found that when the Google Warrant was read in a practical and nontechnical manner, it

does not violate the Fourth Amendment's particularity requirement. In numerous places, the warrant correctly identifies the subject e-mail account, `jeremynoyes @gmail.com,’ as a Google account. For example, on the face of the warrant the caption of the case clearly appears as follows: `In the Matter of the Search of Google account controlled by and using the e-mail address ‘jeremynoyes @gmail.com’ . . . Attachment A . . . lists the categories of items to be seized from this e-mail account and indicates with respect to Item number 1 that this includes `[a]ll opened, unopened, deleted, sent, received and draft e-mail, e-mail attachments, residing in the Google account using the e-mail address “jeremynoyes @gmail.com.”’

Noyes' objection arises from the fact that Item Numbers 2 through 4 make reference to a “Yahoo e-mail account. . . . Viewed in context, however, it is clear to the reader that the phrase . . . is merely a typographical error and that the account in question is a Google account. Under the circumstances, there could be no real confusion about which e-mail account search was being authorized by the Google Warrant, especially since the correct e-mail address `jeremynoyes @gmail.com’ was used in every instance and Noyes himself asserts that `gmail’ is `universally known’ to indicate a Google account.

Certainly, the corporate agents of Google who responded to the warrant would have been aware that the e-mail address `jeremynoyes@gmail.com’ denoted a Google account and not a Yahoo account. Thus, the Google Warrant fulfilled all three purposes of the particularity requirement: it adequately memorialized the precise search and seizure that the Magistrate Judge intended to permit, it confined the discretion of the officers who executed the warrant, and it informed the subject of the search what could be seized.

If you’d like to see a photo of Noyes (a medical student) and read the affidavit submitted in support of the criminal complaint filed against him, you can find both here.

I saw the original smoking gun post and felt this was an ugly case in a field that is not pretty. However, I was curious if the case has gone to trial yet and couldn't find much on the Internet. Do you happen to know if this is all occurring before his trial, or if he's been convicted and is appealing his conviction?

I don't know where the case stands . . . the opinion I based this post on issued last year. The case hadn't gone to trial when this opinion issued . . . but I don't know if it has. My guess is that it hasn't, since I can't find any relatively recent news stories about it . . . but I could be wrong.