“Use of a Computer to Commit a Separate Crime” 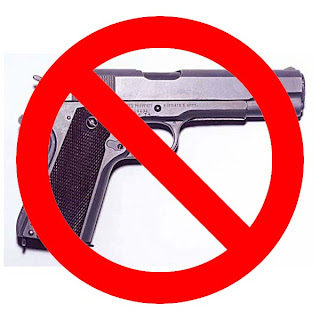 In the course of researching a completely different issue, I came across two state statutes that create a crime I, at least, hadn’t heard of before: using a computer to commit a “separate crime.”

The states are Hawaii and Michigan. We’ll start with Michigan, because its statute is the broader of the two.

The Michigan statute provides as follows:

(1) A person shall not use a computer program, computer, computer system, or computer network to commit, attempt to commit, conspire to commit, or solicit another person to commit a crime.

(2) This section does not prohibit a person from being charged with, convicted of, or punished for any other violation of law committed by that person while violating or attempting to violate this section, including the underlying offense.

(3) This section applies regardless of whether the person is convicted of committing, attempting to commit, conspiring to commit, or soliciting another person to commit the underlying offense.

Michigan Compiled Laws § 752.796. I’m not sure how long this statute has been around. The annotated version of the statute says it was amended in 1996, so it was adopted some time before that.

The Michigan statute has actually been used quite a lot. I found 20 reported cases in which someone was charged with violating it. Most recently, for example, Hanan Dallo was charged with and convicted of

People v. Dallo, supra. The § 752.796 convictions added quite a bit of prison time (and no, I don’t know if the sentences were to be served consecutively or concurrently).

I find those charges particularly interesting, because the “counterfeiting tools” charge was based on the computer Harrison used to create counterfeit bills; the computer, then, accounted for two of the three charges against him. (He doesn’t seem to have challenged his sentence, so I don’t know what it was.) I also found several cases in which a charge or charges under § 752.796 were included in a prosecution for possessing or creating child pornography, which seems a reasonable use of the statute.

Hawaii’s statute is more narrowly focused. It provides as follows:

(1) A person commits the offense of use of a computer in the commission of a separate crime if the person:

(a) Intentionally uses a computer to obtain control over the property of the victim to commit theft in the first or second degree; or

(b) Knowingly uses a computer to identify, select, solicit, persuade, coerce, entice, induce, or procure the victim or intended victim of the following offenses:

(i) Section 707-726, relating to custodial interference in the first degree;

(ii) Section 707-727, relating to custodial interference in the second degree;

(iii) Section 707-731, relating to sexual assault in the second degree;

(vi) Section 707-751, relating to promoting child abuse in the second degree; or


(2) Use of a computer in the commission of a separate crime is an offense one class or grade, as the case may be, greater than the offense facilitated. Notwithstanding any other law to the contrary, a conviction under this section shall not merge with a conviction for the separate crime.

Hawaii Revised Statutes § 708-893. Hawaii apparently adopted this statute in 2001. Unlike the Michigan statute, this statute doesn’t seem to have been used much. I can only find one reported case in which it was used: State v. Calucag, 122 Hawaii 202, 224 P.3d 456 (Hawaii Court of Appeals 2010). All I know about how the statute was used in this case is that Henry Calucag was charged with and convicted of identity theft, theft, forgery and violating § 708-893. State v. Calucag, supra.

I find it interesting that only two states have done this, so far, anyway. If this approach offers certain advantages – as its use in Michigan tends to suggest – you’d think other states might try it, as well. Maybe these statutes are obscure enough that legislators in other states haven’t heard about them . . . or maybe they don’t see the need for such statutes.

The other way to go about incorporating the use of a computer into the penalties imposed for a particular course of criminal conduct, of course, is to make it an aggravating factor in sentencing. Idaho, for example, has a statute that imposes an “extended term of imprisonment” for anyone convicted of a long list of crimes (e.g., assault, battery, burglary, robbery, rape) who “displayed, used, threatened, or attempted to use a firearm or other deadly weapon while committing or attempting to commit” the crime. Idaho Code § 19-2520. Other states do something similar.

Maryland, on the other hand, has a “use of weapon as a separate crime” statute, which is structurally similar to the Hawaii and Michigan statutes quoted above. The pertinent provisions of the Maryland statute are as follows:

(b) During and in relation to a drug trafficking crime, a person may not:

(1) possess a firearm under sufficient circumstances to constitute a nexus to the drug trafficking crime; or


(c)(1) In addition to the sentence provided for the drug trafficking crime, a person who violates subsection (b) of this section is guilty of a felony and on conviction is subject to:

(i) for a first violation, imprisonment for not less than 5 years and not exceeding 20 years; or

(ii) for each subsequent violation, imprisonment for not less than 10 years and not exceeding 20 years.

(2)(i) The court shall impose a minimum sentence of 5 years under paragraph (1)(i) of this subsection.

(ii) The court shall impose a minimum sentence of 10 years under paragraph (1)(ii) of this subsection.

(3)(i) A court may not suspend any part of a mandatory minimum sentence.

(ii) Except as provided in § 4-305 of the Correctional Services Article, , a person sentenced under this subsection is not eligible for parole.

(iii) A sentence imposed under paragraph (1)(ii) of this subsection shall be consecutive to and not concurrent with any other sentence imposed by virtue of the commission of the drug trafficking crime.

Maybe, then, the Michigan and Hawaii statutes were prompted, at least in part, by the premise behind the Maryland statute, i.e., the notion that the use of certain criminal tools should become a crime in and of itself.

Hawaii and Michigan, on the other hand, have adopted a very different approach: making it a separate crime to use a computer to commit various existing crimes. The Michigan statute is obviously the broader, and therefore presumably more efficient, of the two. It subsumes the specific crimes that are the target of the Hawaii statute and goes much, much further; as far as I can tell, the Michigan statutes makes it a crime to use a computer to commit any other crime . . . which means any time you use a computer to commit a crime in Michigan, you’re pretty much doubling your exposure to criminal liability and whatever penalties go along with that liability.

Professor Brenner,
During the past five years, our office has charged, and obtained convictions, in more than 50 cases involving subsection (1)(a) of Hawaii Revised Statutes Section 708-893. I prosecuted almost all of those cases, including the Calucag case that you referenced. Subsection (1)(a) is charged when a computer is used as an instrument to commit theft. When the underlying theft dollar loss exceeds $20,000, the "use of a computer" offense becomes a non-probationable Class "A" felony which carries an automatic indeterminate 20 year prison term.
Chris Van Marter
Senior Deputy Prosecuting Attorney
Chief - White Collar Crime Unit
Honolulu Prosecutor's Office

Susan Brenner said...
This comment has been removed by the author.
3:26 PM