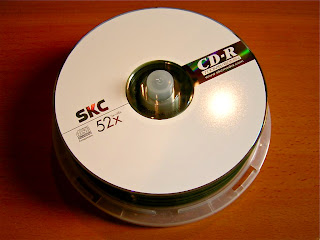 [Hill] was charged with five counts of `arrang[ing] for, produc[ing], mak[ing], or financ[ing]’ child sexually abusive material, in violation of [Michigan Compiled Laws § 750.145c(2)], after a search of his two laptop computers and approximately 50 CD-Rs found in his bedroom. After being bound over for trial, [Hill] moved to quash the information with regard to these charges, arguing that the burning or saving of images or data to a CD-R does not rise to the level of producing or making child sexually abusive material. He further argued that the transfer of images from the Internet to his computer's hard drive and then to the CD-Rs constituted nothing more than the storage of data. Thus, he contended that he should only be charged with knowingly possess[ing]’ child sexually abusive material under [Michigan Compiled Laws § 750.145c(4)] because he had not originated the prohibited images.

As noted above Hill was charged with 5 counts of violating § 750.145c(2) by “`arrang[ing] for, produc[ing], mak[ing], or financ[ing]’” child sexually abusive material, Hill moved to quash the charges against him on the premise that his conduct constituted possessing such material, not making or producing it. People v. Hill, supra. The trial judge denied his motion to quash the charges, explaining that

the only question, one of apparent first impression, is whether the act of downloading the image from the internet and `burning’ (recording) the image to a CD constitutes the `making’ or `production’ of such materials.

The dictionary . . . contains several definitions of the word `make.’ Among them are:

`To cause to exist, occur, or appear; create; to fit, intend, or destine by, or as if by creating; to bring into being by forming, shaping, or altering material; to put together from components.’

Applying this definition here, the `bottom line’ is that, after the requisite, mechanical, and technical functions, some things exist (CD-Rs with these images on them) that did not exist prior to that act.

People v. Hill, supra. Hill appealed the denial of the motion to quash the charges to the Michigan Court of Appeals, which upheld the trial judge’s ruling:

Regardless of whether [Hill’s] actions are viewed as copying the original photographs and videos, or copying electronic or computer visual images of the downloaded photographs and videos, the fact remains that copies and reproductions were made. Defendant's argument that use of the CD-Rs was just a mechanism by which to store possessed child pornography ignores the reality that the storing of the images was accomplished through the copying or duplication of already existing images that continued to exist after the images were burned onto the CD-Rs. The language of the statute is clear and unambiguous. The decision by the Legislature to specifically include reproductions or copies in defining `child sexually abusive material,’ which term is then incorporated into § 750.145c(2), leaves no room for a contrary judicial construction.

The Supreme Court began its analysis if the issue by noting that § 750.145c(2) creates a “graduated scheme” of offenses and punishments: producing child pornography (20 years); distributing it (7 years); and possessing it (4 years). People v. Hill, supra. The court then parsed the terms used in defining each component of this scheme:

This leaves . . . `makes.’ Given the related definitions . . . of `arranges,’ `produces,’ and `finances,’ we believe `makes’ should be interpreted in a similar manner as meaning “`to cause to exist or happen’. . . . That is, `makes’ should be interpreted in the common fashion as referring to someone who is primarily involved in the creation or origination of the child sexually abusive material.

People v. Hill, supra. The Supreme Court explained that given how these terms are to be interpreted, it

is simply untenable to conclude that downloading an existing image from the Internet and burning it to a CD-R for personal use constitutes producing or making child sexually abusive material under § 750.145c(2). While such conduct certainly constitutes proof of knowing possession of such material, it does not constitute sufficient proof of the making or producing of that material.

People v. Hill, supra. The Supreme Court justices noted that they believed their

conclusion is reinforced by consideration of the manner in which most persons . . . think about other types of Internet downloading. It is common for computer users to legally, and sometimes illegally, download songs, movies, television shows, music videos, and books from the Internet. When such materials are . . . burned to a CD-R or . . . some other storage device, . . . few would be inclined to characterize that conduct as the making or producing of that song, movie, television show, music video, or book. Such a characterization would, to say the least, be strained and incompatible with the `common and approved usage of the language. . . .’

People v. Hill, supra (quoting Michigan Compiled Laws § 8.3a). Section 8.3a of the Michigan statutes gives courts guidance as to how statutory language is to be interpreted, i.e., in a manner consistent with the “common and approved use” of particular terms.

As this news story explains, the trial judge vacated Hill’s original convictions and sentences, the prosecutor amended the charges to 5 counts of possessing child pornography and 5 counts of using a computer to commit those crimes and Hill pled no contest to those charges. And as this story explains, a couple of weeks ago the trial judge sentenced Hill to “time served,” i.e., the “more than three years” he’d served in prison on the original charges, plus 15 months of probation. The judge also required that he either complete a program of sex offender therapy “or at least earnestly seek full-time employment.”

Frankly, I think the MI Supreme Ct. is iffy. What do we know about what Hill did with his newly-burned CDs? Do we know that he had not distributed them anywhere else? That he was burning CD solely and exclusively for his own use? A single disk being passed on would certainly qualify for 'production' under any usual meaning of the word.

I imagine the prosecutor would have charged this nice gentleman with distribution of child pornography if possible. From what is presented in this blog posting all the criminal did with his newly-burned CDs was get arrested.

The word "production" being present among the words "arranging", "making", and "financing" indicates that portion of the statue is related to the act of creating an original work, not copying things other people have created. It would seem odd to me if the MI legislature did not single out those who create child pornography for more severe punishment than those who possess it.

The prosecutor took a risk by making their argument using a different definition of "production" and that's how the case ended up before the supreme court (and in this blog).

At least the criminal served time for possession.

I believe it would have been classified as distributing.

In the United States, how far can your speech go until it is considered unlawful?

What's the difference between a threat that's lawful and one that's illegal?