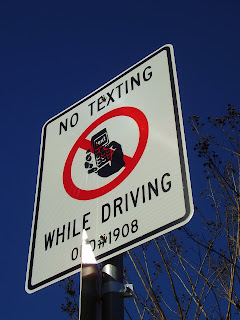 As Wikipedia explains, in the law of evidence “hearsay” is information obtained by

one person from another concerning some event, condition, or thing of which the first person had no direct experience. . . . As a legal term, `hearsay’ . . . [refers to] the use of such information as evidence to prove the truth of what is asserted. Such use of `hearsay evidence; in court is generally not allowed. . . .

And as I explained in an earlier post dealing with text messages, every U.S. state and the federal system bans the use of hearsay evidence unless it falls within one of several exceptions to the rule barring its use.

Rule 801(c) of the Federal Rules of Evidence defines hearsay as “a statement, other than one made by the declarant while testifying at the trial or hearing, offered in evidence to prove the truth of the matter asserted.” Rule 802 of the Federal Rules of Evidence says hearsay “is not admissible unless provided by these rules”. Every U.S. state has a similar provision. In an even earlier post, I explained that hearsay is excluded because to allow the use of second-hand evidence – John repeating what Jane allegedly told him – opens up all kinds of possibilities for unfairness and error. The hearsay rules are intended to guard against those possibilities.

That brings us to State v. Chavez, __ P.3d __, 2010 WL 3791977 (Arizona Court of Appeals 2010), which involved Rodolfo Chavez’s appeal of his “conviction and sentence for Possession of Dangerous Drugs” in violation of Arizona law. State v. Chavez, supra. This is how the case arose:

Police stopped Chavez at approximately midnight near Southern and Central Avenues in Phoenix because the license plate on the vehicle he was driving was not valid for highway use. They arrested him when they discovered that he was driving on a suspended license. In an inventory search of the vehicle, police discovered a baggie containing 790 milligrams of methamphetamine between the driver's seat and central console, a green camouflage bag containing a trace amount of methamphetamine and baggies (used for packaging drugs) on the floor in front of the passenger seat, and two cell phones on the front passenger seat. They also discovered a wallet, containing nearly $1,300 in various denominations, on the driver's seat. After reciting his Miranda rights, police asked Chavez if he knew why he had been arrested. Chavez responded that the drugs were for `personal use.’

constituted hearsay, because `[t]hey're statements to prove the fact of the matter asserted, and that is that [Chavez] was in possession and was attempting to sell drugs.’ The State argued that the text messages were not hearsay because they were statements of co-conspirators in furtherance of a conspiracy to sell drugs. The court agreed with the State. . . . At trial, an officer read to the jury six of the text messages, and testified that the messages were requests to purchase illegal drugs.

State v. Chavez, supra. The text messages at issue were as follows:

4) `What up? I was wondering if you can drop a little something off?’

The officer testified that the numbers in the text messages referred to a dollar amount of drugs, and `T’ was a common term for a `teener,’ or 1.8 grams of illegal drugs.

After being sentenced to seven years in prison, Chavez appealed his conviction, again arguing that the text messages were inadmissible hearsay. In his Reply Brief, Chavez explained why the messages were hearsay:

Hearsay is defined as `a statement, other than one made by the declarant while testifying at trial or hearing, offered in evidence to prove the truth of the matter asserted.’ [Arizona Rules of Evidence 801(c)]. The text messages were assertions by the out-of-court sender that the recipient had drugs for sale and were offered by the state as evidence that [Chavez] possessed drugs for sale.

Appellant’s Reply Brief, Chavez v. State, 2010 WL 1746591. The prosecution argued, in response, that none of the text messages were

intended by the declarants as `assertions’ of fact and none were offered to prove the truth of the words texted. All but three of the text messages were questions which simply do not amount to assertions of fact. . . . Moreover, they were not statements `which could be proven as true or false.’ [State v. Fischer,] 219 Ariz. at 417, 199 P.3d at 672 [Arizona Court of Appeals (2008)];. . . .

[Chavez’s] response to `Samantha,’ `Give me 30 minutes,’ was not an assertion of fact, [and] was not offered for the truth of the matter asserted. . . . The text `It's Jessica. Just letting you know that I need a 60’ and, `I just need a half’ were clearly not offered to prove the truth of the matters asserted (that these persons actually `needed’ a specific amount of illegal drugs), but as evidence of [Chavez’s]s intent to sell illegal drugs. . . .

Therefore, the text messages simply to not qualify as `hearsay’. . . .

The Arizona Court of Appeals agreed with the prosecution. It found that the messages

in this case were not offered to prove the truth of the matter they asserted -- that the prospective buyers wanted to purchase drugs from Chavez. Rather, they were offered as circumstantial evidence that Chavez had drugs for sale. . . . The fact that multiple persons sent messages asking for drugs further supported an inference that those persons believed that Chavez had drugs for sale.

It seems that the text messages in question (#'S 1 - 6) were all texts that were received by the defendant, not sent by him. So how can he be held responsible for incoming messages that, arguably, were not solicited?

Secondly, I was curious as to just how much 750 mg is. I have a bottle of Tylenol and found that each pill is 500 mg. I don't know how much 'extra' stuff they add to these pills to bulk them up or whatever, but each pill was about the size of an M&M candy piece.

I wonder if a better attack would have been against lack of authenticity.

He's not being "held responsible" .. it's simply admissible as evidence. It's a matter for the fact finder (usually the jury) to decide whether it was sufficient evidence of a conspiracy to sell drugs. 750 milligrams is 3 4/th of a gram, and isn't a whole lot at all.. as described in the story, people regularly buy 1.8 gram bags for somewhere in the $100-200 range (I believe...) but he got 7 years because they apparently proved that he had the intent to sell the methamphetamine, and that he had an ongoing operation.

I go to trial tomorrow for a sales case and their whole case is some text messages. Personally I think its ridiculous.. God help me