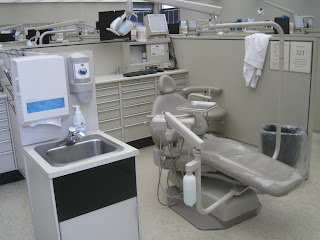 This is not a post about cybercrime, as such. It’s a post about a civil suit for defamation. I’m writing about it because I think it raises an interesting issue in regard to online defamation, both civil and criminal.

As I explained in an earlier post, defamation was a crime at English and, later, American common law. As I also explained, the drafters of the Model Penal Code, an influential code of model criminal laws based on U.S. law, chose not to criminalize defamation . . . which they said was the most difficult decision they made in the process of updating and standardizing American criminal law.

Their primary reason for not criminalizing defamation is that it was not necessary because anyone injured by defamation could file a civil suit; if the claim was valid, the plaintiff could recover damages, which would be enough to make up for the "harm" caused by the defamation. As I noted in that post, some U.S. states went ahead and criminalized defamation, but criminal defamation prosecutions still tend to be rare.

I’m writing about the case we’ll get to in a minute because it deals with what I think is an interesting basis for a defamation claim. Defamation, as you probably know, basically consists of publishing a statement or statements that, as Wikipedia says, “may give an individual . . . a negative image.”

Reit alleges that he and his dental practice have been defamed by Michael S., an anonymous poster on Yelp.com, an interactive website designed to allow the general public to write, post, and view reviews about businesses, including professional ones such as Reit's, as well as restaurants and other establishments. Yelp solicits and sells advertising on its website.

In May of 2009, Yelp.com contained a web page referencing Reit's practice that included ten positive reviews. On May 6, 2009, Michael S. posted a negative, and allegedly defamatory, review about Reit's practice, including statements that his office is `small,’ `old’ and `smelly,’ and `the equipment is old and dirty.’ Reit claims that the number of people who call for appointments has dropped from 10-15 per day to 4-5 per day as a result of this post.

Reit contacted Yelp in an effort to remove the post. Yelp refused. Instead, Reit claims that Yelp removed all the positive postings on Reit's Yelp.com page and retained only the Michael S. posting. Reit alleges upon information and belief that this procedure of removing positive reviews and highlighting negative ones is part of Yelp's business model, used as leverage to coerce businesses and professionals into paying for advertising on Yelp.com.

Reit v. Yelp!, inc., supra. In a footnote the court appended to the second sentence in the last paragraph quoted above, the court explained that

[s]ubsequently, the Michael S. post was removed from the Yelp website, though for a time it was still accessible through the Google.com internet search engine. This has been remedied, and the Michael S. post is no longer available for view on the internet.

Yelp responded by filing a motion to dismiss Reit’s defamation claim on the grounds “that it is immune from liability under 47 U.S. Code § 430, the Federal Communications Decency Act of 1996 (CDA).” Reit v. Yelp!, inc., supra. As I’ve noted in earlier posts, § 230(c)(1) of the CDA immunizes certain parties from liability for content they publish online. As the Reit court explained,

Section 230 of the CDA provides that `[n]o provider or user of an interactive computer service shall be treated as the publisher or speaker of any information provided by another information content provider,’ (CDA § 230(c)(1) ), and that `[n]o cause of action may be brought and no liability may be imposed under any State or local law that is inconsistent with this section’ (CDA § 230(e)(3) ).

Through the CDA, Congress granted interactive computer services immunity from liability for publishing false or defamatory material so long as the information was provided by another party. Similarly, `lawsuits seeking to hold a service provider liable for its exercise of a publisher's traditional editorial functions -- such as deciding whether to publish, withdraw, postpone or alter content -- are barred’. (Shiamili v. Real Estate Group of New York, Inc., 68 A.D.3d 581, 892 N.Y.S.2d 52 (1st Dept. 2009). . . . However, an internet computer service is liable for its own speech, or when it `develops’ information (Shiamili, supra).

Reit conceded that Yelp! Is an internet computer service, but argued that the CDA did

not immunize it from defamation here because its removal of posts was not editorial, but business related. Specifically, Reit argues that the selective removal of all of his positive reviews was more than the action of an editor `simply selecting material for publication.’ This distinction, Reit argues, makes Yelp an internet content provider.

In Shiamili, the plaintiff sued an interactive computer service for defamation based on information published on its website. The complaint alleged that the defendants `choose and administer content’ that appears on the website. Shiamili argued that the defendants `engaged in a calculated effort to encourage, keep and promote bad' content on the Web site.’ The First Department held that this allegation does not raise an inference that defendants were information content providers within the meaning of the CDA because `message board postings do not cease to be data provided by another information content provider merely because the construct and operation of the Web site might have some influence on the content of the postings’. . . .

Here, Yelp is an interactive computer service. The allegedly defamatory content was supplied by a third party information content provider and consisted of a message board posting. That Yelp allegedly uses `bad’ posts in its marketing strategy does not change the nature of the posted data. Moreover, Yelp's selection of the posts it maintains on Yelp.com can be considered the selection of material for publication, an action `quintessentially related to a publisher's role’. Green v. America Online (AOL), 318 F.3d 465, 471 (3d Cir), cert. denied, 5420 U.S. 844 (2003)). Accordingly, Yelp may not be considered an internet content provider, so that Reit's defamation claims are barred by the CDA.

As I noted in an earlier post, at least one court has held that immunity under CDA § 230(c)(1) applies in criminal, as well as civil, proceedings . . . so a defendant in a criminal defamation act could presumably use the statute as the basis of a motion to dismiss the charge(s) against him/her/it.

Dear Susan,
I appreciate the perspective your article gave me, and I have some comment/question to which I would love to hear your reaction to.

Background: I’m a small business owner, I opened a gelateria in 2007, coinciding with Yelp rising visibility. As a small business without any marketing budget, Yelp was a great help. It essentially amplify the word of mouth and gave a no-name new business some badly needed street cred.
Now five years later all our stores are providing the same identical product and service with very tight owner supervision, and enjoy a very high Yelp rating. However our brand new fifth store have received a different treatment, a defamatory review have been pushed to the top of the page, and the store rating is kept artificially on the three stars rating.

For a small business a three stars or less rating is a very serious handicap to deal with that some small businesses will not survive. Which is ok, because not all small businesses deserve to survive, but the law should offer protection from defamation, it should not be a reason to go out of business.

And here is my comment:
* Yelp star rating is clearly a content that is created by Yelp with its secret algorithm. In reality many if not most of Yelp users don’t really read the reviews but merely check the rating when forming a decision about patronizing a business.

** Yelp business model and practices, are also an issue. Controversy equal excitement and rating, and Yelp definitely provide a platform with anonymity, special status and immunity for prolific mud slingers that provide the flame and the froth.

All said I think that CDA was intended to provide protection to ISP type of operation that only provide a platform or a forum for discussions. Yelp is clearly more than that, it is a content provider that fabricate a misleading business rating with the help of a mysterious “algorithm” while pretending to provide “Real people. Real reviews”