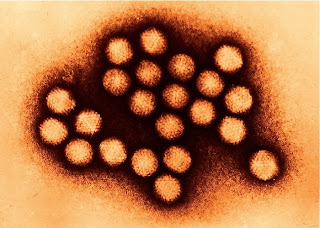 This isn’t a post. It’s basically a report on a brief Memorandum Opinion issued by the Texas Court of Appeals on September 22, 2010.


Here’s the Memorandum Opinion in its entirety (with the Court Reporter’s name redacted):

On June 7, 2010, _____________, court reporter for the 33rd District Court, San Saba County, filed an affidavit in this Court stating that all copies of the reporter's record in this cause have either been deleted or destroyed by a computer virus, that attempts have been made to recover the record from ______'s computer, and that these attempts have been unsuccessful. We then abated this appeal to allow the trial court to determine whether the reporter's record can be replaced by agreement of the parties. See Texas Rules of Appellate Procedure 6(f)(4).

On August 23, 2010, we received a supplemental record containing the trial court's findings that the reporter's record cannot be replaced by agreement of the parties. Because the lost or destroyed record contains the entirety of the appellant's trial, we conclude that the lost record is necessary to resolution of this appeal. See Texas Rules of Appellate Procedure 34.6(f)(3). As a result, the appellant is entitled to a new trial. See Texas Rules of Appellate Procedure 34.6(f)(3). We reverse the judgment of conviction and remand this cause for a new trial.

As this online article explains, the

function of the appellate court is limited to a review of the trial record sent up from the lower court and the briefs filed by the appellant and appellee. . . . The trial record, sometimes called the record proper, must show the pleadings that initiated the case, the complete transcript (in cases of jury trial) of lower court proceedings, the verdict, and the entry of the final judgment or order. The appellant must clearly demonstrate that the grounds for review had been raised and unsuccessfully decided upon at the trial level and, therefore, prejudicial error exists to warrant the reversal of the decision of the lower court.

I’m absolutely positive this was inadvertent . . . but it raises an interesting logical possibility: using malware to sabotage a court record and thereby gain a new trial. I really doubt that’ll ever happen, but it’s a thought.

Destruction of data is not unheard of but it really is a fairly rare effect of malware infections.

As an Information Security professional and a CISSP, I often tell people ( semi-seriously ) that "They pay me to be paranoid."

So, in that spirit of paranoia ... I would like to know if there is any connection at all between the middle name of the Appellant - Berry - and the last name of the court reporter - also Berry.