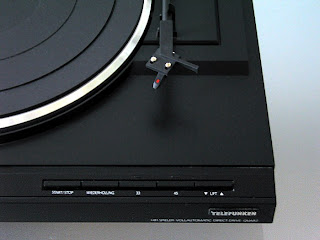 We’ll start, as usual, with the facts:

[O]n January 1, 2010, [Detective DeStefano] was notified by the Lynbrook Police Department that a pedestrian robbery had occurred at 7:30 p.m., at the intersection of Nieuman Avenue and Merrick Road, in Lynbrook. . . .

DeStefano proceeded to that location. Upon arriving at the scene, [he] spoke with Lynbrook Police Officers, and with the complainants, Stephen Alonge and Michael Suter. [They said] they were walking on Nieuman Avenue toward Merrick Road, when a car pulled up and three men jumped out and approached them. The complainants told DeStefano that one of the individuals, . . . a `light-skinned male black,’ pulled out a . . . handgun and demanded their cellular phones, money and valuables. Suter [said] the men took his Blackberry cellular phone. The complainants said the men got back into the car and drove away. DeStefano recorded the phone number of Suter's cellular phone. . . . [and] . . . applied for a Pen Register and Trap and Trace Order, regarding [it]. The application . . . was granted by a Nassau County Court Judge. The Order authorized the Police to use Global Positioning Satellite (G.P.S.) technology to track the location of the cellular phone. . . .

[O]n January 7, 2010, [Detective Galgano] was investigating the alleged robbery in conjunction with members of the Nassau County Police Department Electronics Squad. The Electronics Squad was using G.P.S. technology to track . . . [Suter’s] cellular phone. The Electronics Squad reported that G.P.S. tracking located the cellular phone in Brooklyn. . . . Galgano and Detective John proceeded to Brooklyn along with members of the Electronics Squad, and Officers from the Nassau County Bureau of Special Operations. The G.P.S. tracking . . . led them to an apartment building at 245 Wortman Street, in Brooklyn. . . . [T]hey entered . . . and observed a woman wearing a `Community Watch’ jacket seated at a table in the lobby. . . . [She] appeared to be monitoring the people who entered the building. The Detectives were directed by the Electronics Squad to apartment 1L. . . . [A]s [Galgano] approached apartment 1L, the woman wearing the `Community Watch’ jacket was entering that apartment. Galgano asked [her] who lived there, and she [said] she lived there with her two grandsons. Galgano asked [her] if he could come into the apartment and [she] responded `yes.’ . . .

People v. Starks, 2010 WL 4054236 (Supreme Court, Nassau County, New York 2010). Starks was charged with 3 counts of robbery and 2 counts of grand larceny and moved to suppress Suter’s Blackberry, on the grounds that it had been seized in violation of the 4th Amendment. People v. Starks, supra.

As I’ve explained in earlier posts, the 4th Amendment outlaws “unreasonable” searches and seizures, so “reasonable” searches and seizures don’t violate the 4th Amendment. As Wikipedia notes, there are two kinds of seizures: a seizure of a person and a seizure of property. A person is “seized” when law enforcement officers interfere with her/his freedom of movement (as in an arrest); and as Wikipedia notes, a seizure of property “occurs when there is meaningful interference by the government with an individual's possessory interests, such as when police officers take personal property away from” someone to use it as evidence. If a seizure of property (or of a person) occurs, it has to be “reasonable” which, as I’ve noted before, means it has to have been conducted either pursuant to a warrant (a search and seizure warrant for property, an arrest warrant for a person) or to an exception to the warrant requirement.

As I noted earlier, Starks moved to suppress the Blackberry seized from him on the grounds that the seizure violated the 4th Amendment. This is all the opinion says about the specifics of his argument on this issue: “Defense counsel suggests that the incoming call on the cellular phone [Starks] was holding was not necessarily from Galgano, and therefore there was no basis for Galgano to reasonably conclude that the cellular phone [Starks] was holding was the phone allegedly stolen from [Suter].” People v. Starks, supra.

I’m not exactly sure what the prosecution argued in response (I don’t have access to the briefs in this case), but I do know how the judge resolved the issue. This is how he ruled on Stark’s motion to suppress the Blackberry:

People v. Starks, supra. I find this holding interesting, and perhaps problematic. As I explained in an earlier post, the “plain view doctrine” is a rule that can expand the scope of a lawful 4th Amendment intrusion into a private area. The doctrine isn’t, as I noted in that post, an exception to the warrant requirement; it’s a piggyback principle that can expand the scope of an otherwise lawful intrusion. And as I also explained in that post, the plain view doctrine only authorizes a SEIZURE of property; it cannot justify a search of or for property (or anything else, for that matter).

In this case, the judge held that the Blackberry was in plain view, which is quite true; the officers saw it as soon as they entered the living room of the apartment. For a seizure of property to be “reasonable” under the plain view doctrine, the officers had to have been lawfully on the premises (they were – the grandmother consented to their entry) and the incriminating nature of the Blackberry must have been “immediately apparent” as soon as they saw it. (Or, phrased differently, as soon as they saw the Blackberry they must have had probable cause to believe it was evidence of a crime and therefore seizable.)

But I’m not sure I agree with the judge’s holding. He incorporated Galgano’s calling Suter’s Blackberry into the probable cause determination and said that since the phone rang, that established probable cause. I think calling the Blackberry may have been a “search” that violated the 4th Amendment, and to explain why I think that I need to review a Supreme Court plain view doctrine case.

Hicks was indicted for the theft and moved to suppress the stereo component, arguing that Nelson’s moving it so he could see and record the serial number was a “search” under the 4th Amendment, one that was not authorized either by a search warrant (the officers entered the apartment under the exigent circumstances exception, which let them look for the shooter and for weapons . . . only) or by an exception to the search warrant requirement (the scope of the exigent circumstances exception, on these facts, didn’t encompass checking out stereo equipment). Arizona v. Hicks, supra. The Supreme Court agreed. It held that the

`distinction between “looking’ at a suspicious object in plain view and ‘moving” it even a few inches’ is much more than trivial for purposes of the Fourth Amendment. It matters not that the search uncovered nothing of any great personal value to respondent -- serial numbers rather than . . . letters or photographs. A search is a search, even if it happens to disclose nothing but the bottom of a turntable.

And that brings us back to Suter’s Blackberry. If calling Suter’s Blackberry to see if the Blackberry Starks was holding was a “search” under Arizona v. Hicks, then I don’t see how the plain view doctrine could apply to justify the seizure of the Blackberry. If calling the phone is analogous to Nelson’s moving the stereo component, it was a search and would violate the 4th Amendment unless Galgano (i) had probable cause to make the call (I suspect he did) and (ii) a valid exception to the 4th Amendment’s warrant requirement authorized him to make the call for the purpose of determining in the cell phone Starks was holding would ring.

Or maybe I’m wrong . . . maybe it wasn’t a “search” for Galgano to call the Blackberry? Maybe calling a phone (especially one that may not belong to the person who's holding it) isn't a "search" under the 4th Amendment . . .

Susan, I don't understand how anyone has standing in stolen property. Please explain.

Plus, it makes no sense that the cop would have taken the phone without also looking at its screen first. When someone calls my phone the incoming number appears or the name of the person ("mom", wife, etc. if their profiles are in the phone already).

Plus, once the cops take the phone it would be easy enough to find out who the real owner is: the perp or the vic. I am assuming that since the prosecutor accepted the charges and this went to trial that the vic was the true owner of the phone.

If something is stolen property, how can a perp have any 4th Amendment protections?

I just read your post below about the VI case after I made my comments to this post. In your VI post you state "a seizure of property such as the Blackberry at issue in this case occurs when law enforcement officers “meaningfully interfere” with an individual’s possessory interests in their property. Soldal v. Cook County, 506 U.S. 56 (1992)." Do thieves have a 'possessory interest' in the property that they have stolen? I tend to think that they do not. In fact, in Texas law (TX Code of Criminal Procedure article 18.16, ANY PERSON has a right to prevent the consequences of theft
by seizing any personal property that has been stolen and bringing
it, with the person suspected of committing the theft, if that
person can be taken, before a magistrate for examination, or
delivering the property and the person suspected of committing the
theft to a peace officer for that purpose.

As to whether Starks had standing/a valid possessory interest in the stolen laptop . . . I think that's a good issue to raise (for the prosecution, that is).

I didn't address the issue for two reasons: The primary reason is that I wanted to address the Hicks search/plain view issue raised, IMHO, by the detective's calling the phone.

As to your second point -- about the phone being stolen -- see my previous comment responding to JW and Anonymous #2.

As to the presumptive facts that the officer COULD have determined whose phone it was after seizing it (in any of a variety of scenarios) . . . that isn't a viable option here. As I explained in the post, the detective had to have a valid 4th Amendment authorization (a warrant or a valid exception to the warrant requirement) IN ORDER TO DO WHAT HE DID IN THIS CASE. Courts only look at what actually happened . . . not what might have happened if things had been done differently.