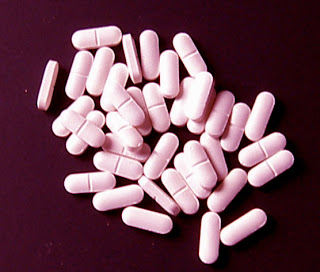 As I noted in that post, threats have been criminalized under either or both of two rationales: One is that by threatening someone, I inflict emotional “harm” on them (even if I have no intention of carrying out the threat.)

The other rationale is that by threatening someone I at least implicitly (and inferentially) indicate that I may be really be “dangerous,” i.e., I may actually carry out the threat. The second rationale is intended to let police intervene before I actually do what I promised to do.

This post is about the prosecution of Ashton R. O’Dwyer, Jr. for threatening a federal judge.

As this Press Release explains, O’Dwyer “was charged in a one-count indictment today by a federal Grand Jury with e-mailing threatening communications” to a federal judge. As this news story notes, O’Dwyer was an attorney whose law license had been suspended by the Louisiana Supreme Court for “a threat of harm which it did not describe.”

After being indicted, O’Dwyer filed a motion to dismiss the indictment, arguing that “the First Amendment protects him from criminal prosecution since his statements were allegedly not `true threats’ but merely hyperbole.” U.S. v. O’Dwyer, 2010 WL 2606657 (U.S. District Court for the Eastern District of Louisiana 2010). As to what he said and how he said it, the opinion explains that at

the time of the allegedly threatening e-mail, [O’Dwyer] was going through a bankruptcy proceeding before Bankruptcy Judge Jeny Brown. He sent an e-mail on January 29, 2010 to Sean McGinn which stated:

`Well, please convey to Judge Brown my belief that he can “try” to protect the CRIMINALS Duval, Lemelle and Dennis, but he can't protect them from themselves, and the ‘damage” is already done. As is the case with Judge Porteous, their impeachment is “just a matter of time”. Also convey to Judge Brown a reminder that I have been totally without money since the weekend of January 8, 9, and 10, and that I have been without my anti-depressant medication, for which I have sought leave to pay Walgreen's from my most recent Social Security check, since last weekend. I could not sleep last night, which I attribute to the effects of abruptly stopping my medication on Sunday, the 24th (my pills “ran out”, and I have no money to purchase more). Maybe my creditors would benefit from my suicide, but suppose I become “homicidal”? Given the recent “security breach” at 500 Poydras Street, a number of scoundrels might be at risk if I DO become homicidal. Please ask His Honor to consider allowing me to refill my prescription at Walgreen's, and allowing me to pay them, which is a condition for my obtaining a refill. Please communicate this missive to creditors and their counsel. Thank you.’

In his motion to dismiss the indictment, O’Dwyer seems to have argued that “the e-mail is not a threat, conditional or otherwise, rather it was a cry for help seeking money to pay for his prescription medication.” U.S. v. O’Dwyer, supra. Here, according to the opinion, is the general substance of O’Dwyer’s legal arguments:

O'Dwyer argues that the e-mail did not contain a `true threat.’ The e-mail contained mere hyperbole of the kind that O'Dwyer has become known for. Also, he never intended to threaten anyone. Further, he avers that his language is protected under the First Amendment. In O'Dwyer's memo, he attempts to put his e-mail into context with the other e-mails that he sent to the Bankruptcy Court and other Federal officials. He contends that he did not threaten anyone because it would be against the law, he never intended to threaten anyone, he identified no weapon, he identified no bodily targets, he identified no way to get past security at 500 Poydras Street, and he was escorted within 500 Poydras Street. [O’Dwyer] argues that in this Court's analysis it should expand the context of its review to include all of the e-mails [he]sent to various Federal Government officials.

He admits in his memo that the language `was used to get Bankruptcy Judge Jerry Brown's . . . “attention.” [O’Dwyer] contends this is merely how he speaks. . . .[He] also states that he cannot produce all of the e-mails sent to the Bankruptcy Court to place his e-mail into context. . . . [O’Dwyer] contends that the conditional language of his statement makes it not a true threat.

U.S. v. O’Dwyer, supra. The opinion doesn’t spend much time on the prosecution’s arguments . . . it simply notes that the prosecution believes the email constituted an “implied threat” (versus a direct threat, like “I’m going to kill you tomorrow”) but that an implied threat was sufficient to “compel the indictment to stand.” U.S. v. O’Dwyer, supra.

The Court finds that [O’Dwyer’s] statements are insufficient to warrant submission to a jury to determine if they are a true threat. This Court has read all of the e-mails which the Government intends to submit as evidence of other acts pursuant to Federal Rule of Evidence 404(b) [which governs the use of evidence of “other crimes, wrongs or acts” to prove, e.g., motive or intent] and [O’Dwyer] has attached to his Motions to Dismiss. These e-mails place the allegedly offending e-mail in context. At no point did [O’Dwyer] threaten anyone. His e-mails, while filled with coarse language, did not threaten bodily harm. Phrases taken out of context could suggest a threat, but reading the sentences as a whole, no threat as a matter of law was made. The cases in this Circuit that deal with convictions arising under 18 U.S. Code § 875(c) all deal with explicit tin-eats. See U.S. v. Morales, 272 F.3d 284 (U.S. Court of Appeals for the 5th Circuit 2001) (Defendant stated in an internet chatroom `I will kill'), United States v. Murillo, 234 F.3d 18 (U.S. Court of Appeals for the 5th Circuit 2000) (Defendant stated in an e-mail `I have been very patient with them but I am tired and have been making plans, the keep f----ing with me and Judgment Day will come'), and United States v. Myers, 104 F.3d 76 (U.S. Court of Appeals for the 5th Circuit 1997) (Defendant stated in a phone call `And I'm still talking about body bags because if you do nothing what do you expect . . . I am going to get retribution for my and my family's suffering. You can take that to the bank.’).

While [O'Dwyer's] language may be inappropriate, this Court does not find the plain language of the allegedly threatening e-mail . . . rises to that of . . . a true threat.

U.S. v. O’Dwyer, supra. The judge therefore dismissed the indictment with prejudice which, given the circumstances of the dismissal, presumably means O’Dwyer can’t be re-indiicted on an 18 U.S. Code § 875(c) charge arising from these facts. See, e.g., U.S. v. Castiglione, 876 F.2d 73 (U.S. Court of Appeals for the 9th Circuit 1988) (“A judge's ruling does not bar further prosecution if it does not represent a resolution in favor of the defendant on some or all of the factual elements of the offense charged”).

Since this judge seems to have weighed the factual elements of the § 875(c) offense and found them wanting, I’m assuming O’Dwyer is effectively absolved of liability for that crime based on the facts at issue here.

What a moron the ADA / DOJ is to even bring this charge! This standard has been the law in the 5th Circuit for almost ten years now and any reasonable lawyer, acting with due diligence, would have known this either personally or with a little bit of research before pursuing the change.

I hope the guy sues for civil rights violations and gets paid.

I do not understand the purpose of arresting a guy for something that you know is going to get dismissed anyways. All you do is lose credibility.

To the commenter above me, it's Ashton O'Dwyer. Before you rant about civil rights check out his history and then see if maybe there was not a little more to this story than this indictment.

okay, I read some stuff on goggle about the guy. seems like a flake. But all this is going to do is encourage him even more. I am sure that they are fed up with him and his BS, but is the solution to file a criminal charge that you know is bogus? Then how are they any better than him?

I have no clue as to what the solution is (maybe a psych eval or something), but filing and, even worse, losing on trumpted up charges will only make it much more worse.