The Mirror Image and the Physician-Patient Privilege 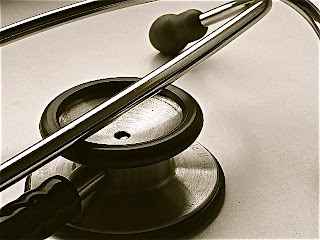 As Wikipedia explains, the physician-patient privilege is a rule of law that protects

communications between a patient and his or her doctor from being used against the patient in court. It is a part of the rules of evidence in many . . . jurisdictions. Almost every jurisdiction that recognizes physician-patient privilege not to testify in court, either by statute or though case law, limits the privilege to knowledge acquired during the course of providing medical services. In some jurisdictions, conversations between a patient and physician may be privileged in both criminal and civil courts.

This post is about a case in which Dr. Kresge and “his medical group” Northern Ohio Medical Specialists [“NOMS”] appealed a civil judgment against them that was entered by an Ohio Court of Common Pleas. The case is Cornwall v. N. Ohio Surgical Center, 185 Ohio App.3d 337, 923 N.E.2d 1233 (Ohio Court of Appeals 2009). Here, briefly, is how the case arose:

Mary Cornwall, a 55-year-old woman with a history of pulmonary hypertension, was referred to Dr. Kresge for an arthroscopic operation on her left knee. During the surgery . . . Mary developed tachycardia (an overly fast heartbeat). She was treated with Esmolol, which appeared to abate the problem. Twenty minutes later, however, Mary developed tachycardia, as well as pulmonary hypertension, which led to a full cardiac arrest. Cardiac resuscitation was successfully performed, but Mary never regained consciousness. She was transported to Firelands Hospital where she died six days later.

Cornwall v. N. Ohio Surgical Center, supra. The opinion notes that the parties then “engaged in discovery”, which produced the following information:

When [Cornwall] deposed Dr. Kresge's resident, Alireza Behboudi, he averred that on August 23, 2006, he performed an examination of Mary, took her medical history, and wrote down any of her physical conditions, as well as any medications that she was taking. . . . [H]e stated that he had listed Revatio as one of her medications. According to Dr. Behboudi, he dictated Mary's history and medications on a dictaphone for typing and placement in her chart and in Dr. Kresge's office note. Nevertheless, it is undisputed that Dr. Kresge's office note neither contained any mention of the fact that the decedent had pulmonary hypertension nor specified that Mary took Revatio for this condition. . . .

In her deposition . . . Gloria Gregory, a NOMS employee, stated that she transcribed Dr. Behboudi's dictation, saving it on Firelite, which she described as a `huge thumb drive’ attached to her desktop computer. According to Gregory, she then typed a letter dictated by Dr. Behboudi discussing Mary's medical history. This letter was sent to Dr. Oberer. Subsequently, she used the information in the letter to create Dr. Kresge's office note. When asked why Revatio appeared in the letter but not in the office note, Gregory opined that when she `cut and pasted’ from the letter, she might have unintentionally failed to cut and paste that medication. She also revealed that as of September 8, 2008, she was told not to use the computer upon which she transcribed Mary's medical history and medication in 2006, presumably because it was infected with a virus. . . .

The claim for spoliation was premised on an allegation that Dr. Kresge's office note was intentionally altered to delete any mention of Revatio and that . . . [defendants] permitted an information technologist access to the desktop computer upon which the office note was transcribed. According to [Cornwall] that computer was `rendered nonfunctional.’ In alleging fraud, [Cornwall claimed the defendants] `[w]illfully altered, destroyed, and/or concealed evidence [on the Firelite and desktop computer hard drives] with the purpose of disrupting Plaintiff's case.’

The defendants filed an interlocutory appeal from this order, which brought the matter to the Ohio Court of Appeals. Cornwall v. N. Ohio Surgical Center, supra. The defendants raised the issue noted above, i.e., that letting Kinsella examine the hard drives because such an examination would reveal “privileged medical information” of other patients in violation of Ohio law. Cornwall v. N. Ohio Surgical Center, supra.

In reviewing the discovery order, the Court of Appeals first noted that under Ohio Revised Code § 2317.02(B)(1), neither Cornwall nor Kinsella could lawfully “view privileged communications” of any Kresge or NOMS patients other than Mary Cornwall. Cornwall v. N. Ohio Surgical Center, supra. The Court of Appeals did not, however, accept the defendants’ arguments that this barred Kinsella from making a mirror image of the hard drives at issue:

Kinsella, who specializes in computer forensics and electronic data discovery, testified that in the process of creating the mirror images of the hard drives, he will not be required to look at the contents of each of the separate files. Rather, after the mirror image is created, he will search only for the key words permitted by the trial judge in order to create an index of the specific files containing those terms. These would then be electrically transferred to a CD Rom and given to appellants so that they could create a privilege log consisting only of the index names.

When asked whether he could inadvertently see patients' medical information during the search for specific items on the Windows Event Log and Windows Registry, Kinsella replied that the event log simply contains activities, such as deleting a file, that occurred in the operating system and that there was no risk of viewing a patient's file. As to the Windows Registry, Kinsella explained that this program simply provides `information such as when the last time the computer was turned on, what kind of devices may have been plugged into the actual computer itself, [and] when those devices were plugged in.’ Based upon the foregoing review, we hold that Ohio Revised Code § 2317.02(B)(1) does not bar the mirror-imaging process in this case.

Kinsella testified that while the search words would list any files/reports using those terms, he would not view the reports themselves. He would simply turn his initial report over to defense counsel for the development of a privilege log pursuant to court order. Furthermore, it is obvious from the trial judge's order that [Cornwall’s] counsel will not view the contents of the listed files -- they are simply to create the privilege log using the list. Then, and only then, can [defendants] challenge in court any specific item on the log as being subject to privilege. Thereafter, the court . . . will determine whether the contents of any particular item on the log is privileged. . . . [The defendants’] second argument is without merit.

I found a few other civil cases that directly or indirectly address privilege (physician-patient or attorney-client) issues associated with mirror images of hard drives, but none that analyzed the technical aspects of creating or searching the image in the detail this court does.

After working in health care related computer application development for nearly two decades, I will offer these observations:

Electronic medical record software has exacerbated the documentation problem by automatically generating reams of "CYA" text that's rarely read even by the physician who signs their name to the chart.

Proper documentation guidelines are routinely ignored with many providers still handwriting notes and many not even doing that until long after the encounter.

That the blame was aimed at the transcriptionist is no mystery since the alternative would be for the doctor to admit a mistake. Malpractice exposure virtually assures medical candor is not an option.

Patients have a right to receive a copy of the encounter notes after every visit however practices may also charge $25.00 each time.

The current feeding frenzy created by the promise of $44,000.00 to the physician if they quickly purchase an EMR guarantees some of the sleaziest sales practices since used cars are now common in health care.

Most medical offices define high tech data exchange as a fax machine, CD or carry it under your arm. That none of this sensitive information is securely encrypted is another dirty little secret the health care industry is hoping patients never learn.

My prediction is legitimate medical lawsuits will become a massive growth industry.

PS: I also seriously doubt doctors will ever see much of that $44,000.00 per if the deficit continues to climb. Most patients have no pity for physician who makes them sit and wait only to be whisked in and out of the exam room. Moreover, when a person can't put food on their table, they're less willing to fund physician's new toys paid for by taxes.