Abandonment Not a Defense to an Attempt Charge 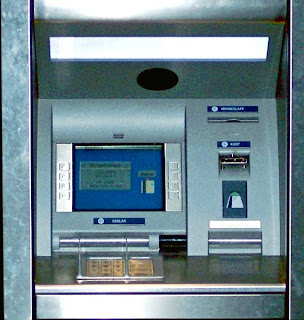 As I’ve noted before, “attempt” is an inchoate, or incomplete, crime. As Wikipedia explains, the “essence of the crime of attempt is that the defendant has failed to commit the actus reus (the Latin term for the `guilty act) of the full offense, but has the direct and specific intent to commit that full offense.”

The essence of attempt, as I’ve noted before, is that you don’t actually complete the target crime: you’re interrupted before you can complete it or you do everything you can to commit the target crime but circumstances beyond your control make that impossible (as when you, determined to murder John Doe, shoot him 20 times, only to find out that he’d died of a heart attack an hour earlier).

Under the influential Model Penal Code, abandonment is a defense to a charge of attempt. As Wikipedia explains, under the Model Penal Code “the defendant is not guilty of an attempt if they (1) abandon the effort to commit the crime or prevent the crime from being committed, and (2) their behavior manifests a complete and voluntary renunciation of the criminal purpose (MPC § 5.01(4)).” As Wikpedia also notes, abandonment is not a defense to an attempt charge under the Model Penal Code if it’s motivated by any of the following: a desire to postpone the commission of the crime to a more convenient time or victim; a reaction to changed circumstances that make it more likely the perpetrator will be caught; or a reaction to circumstances that make the commission of the crime harder than it originally seemed to be. Model Penal Code § 5.01(4).

On November 4, 2008, . . . [James] Young, a 33-year-old married father of three, entered an adult online chat room entitled `romance, adult,’ on Yahoo! Instant Messenger. Young utilized the screen name `Funminqc’ and sent an instant message to . . . `Erj94e.’ . . . `Erj94e’ responded and disclosed that her name was `Emily’ and that she was a 14-year-old female. Unbeknownst to Young, in reality `Emily’ was undercover Dewitt, Iowa Police Officer Shai Cruciani. . . .

Emily and Young chatted for approximately one hour. After Emily disclosed that she disliked band, Young told Emily he worked as an engineer for Alliant Energy, although, in reality, he was a band director at a high school in Clinton, Iowa. Young asked Emily if she had a boyfriend and she said she did not. Young also told Emily he was not married, discussed the possibility of a future meeting and provided Emily with his cell phone number. Young sent Emily a picture of himself, and Emily sent Young a photograph that had been digitally modified to appear to be of a 14-year-old female.

Young and Emily chatted online and exchanged emails on several occasions between November 4 and November 13, 2008. . . . As the chats progressed, they became more sexually explicit . . . including references to sexual acts the two might perform with each other. . . .

On November 13, . . . Young drove to the Super 8 followed by undercover officers. Upon his arrival . . . at 3:10 p.m., he attempted to reserve a room . . . [but] his credit card was declined. Young told the motel clerk that he was going to withdraw cash and then return. Young next drove to [an ATM, where he] appeared to attempt a cash withdrawal. His account . . . had insufficient funds and Young called the Super 8 clerk and cancelled his reservation due to his inability to secure any payment.

Young next drove to a . . . school near the Super 8. . . . [and] eventually to Westbrook Park. Officer Gordy, another undercover officer with the Dewitt Police Department, was standing in the park dressed in jeans and a pink coat. When Young saw the undercover officer, he began honking and yelling. Officers then arrested Young.

U.S. v. Young, supra. Young was charged attempted enticement of a minor to engage in illicit sexual activity in violation of 18 U.S. Code § 2422(b). U.S. v. Young, supra. After being charged, he claimed the online conversations “were merely fantasies,” that he went to the Super 8 “out of concern for Emily’s safety”, used a “`maxed out credit card’” because he “never expected to obtain a room”, and drove around searching for Emily “to ensure that she was safe.” U.S. v. Young, supra. At trial, he asked that the following instruction on an abandonment defense be given to the jury:

One of the issues . . . is whether the defendant abandoned his attempt. If the defendant abandoned his attempt he must be found not guilty. The government has the burden of proving beyond a reasonable doubt that the defendant did not abandon his attempt. When the actor's conduct would otherwise constitute an attempt it is an affirmative defense that he abandoned his effort to commit the crime . . . under circumstances manifesting a complete and voluntary renunciation of his criminal purpose. Renunciation of criminal purpose is not voluntary if it is motivated . . . by circumstances, not present or apparent at the inception of the actor's course of conduct, that increase the probability of detection or apprehension or that make more difficult the accomplishment of the criminal purpose. Renunciation is not complete if it is motivated by a decision to postpone the criminal conduct until a more advantageous time or to transfer the criminal effort to another by similar objective or victim.

U.S. v. Young, supra (quoting U.S. Court of Appeals for the 8th Circuit Model Jury Instructions § 9.05 (2007)). The judge refused to give the instruction, Young was convicted and appealed, claiming the judge erred in not giving the instruction. U.S. v. Young, supra. The factual basis for his claim to have abandoned the attempt to entice “Emily” was based on Young’s claim that “his change of heart was corroborated” by the following facts: “he did not obtain a motel room; did not obtain cash to go back and pay for the room; cancelled the room by telephone; called his wife and said he would be home `shortly’” and “was pointed in the direction of home when apprehended.” Appellant’s Brief. U.S. v. Young, 2010 WL 341471.

The 8th Circuit Court of Appeals began its analysis of Young’s argument by noting that the issue “of whether a defendant is entitled to an abandonment defense once an attempt has been completed . . . is an issue of first impression in our circuit”, i.e., the 8th Circuit hadn’t decided this issue before. U.S. v. Young, supra. It noted that all of the other U.S. Circuit Courts of Appeals that “have faced this issue have either held that a defendant cannot abandon a completed attempt or alluded to such a determination.” U.S. v. Young, supra. The Court of Appeals noted that the U.S. Court of Appeals for the 6th Circuit, “rejected the Model Penal Code's approach and held that `abandonment and renunciation, however characterized, do not provide a defense to an attempt crime.’” U.S. v. Young, supra (quoting U.S. v. Shelton, 30 F.3d 702 (1994)). The 6th Circuit essentially held that once a defendant completes the attempt, it cannot be abandoned.

And the 8th Circuit reached basically the same conclusion in the Young case:

Because our circuit has already determined that the abandonment defense: (1) can apply to uncompleted attempt crimes and (2) has been rejected as a defense to completed crimes other than attempt, logically flowing from this analysis is the conclusion that, when a defendant has completed the crime of attempt; i.e., has the requisite intent and has taken a substantial step towards completion of the crime, he cannot successfully abandon the attempt because the crime itself has already been completed. We therefore adopt the Sixth Circuit's approach in Shelton, reject the Model Penal Code approach, and hold that the defense of abandonment is not warranted once a defendant completes the crime of attempt. . . .

Young completed his attempt because he had the requisite intent and took a substantial step towards completion of the enticement crime, all supported by the evidence discovered in his car, his travel to the hotel and attempt to check in, and his search for Emily once he could not obtain the hotel room. Because Young completed `the essential elements’ of his attempt, . . . he cannot now claim that he abandoned that plan. We therefore conclude that the district court committed no error in its decision to refuse Young's proffered abandonment instruction.

U.S. v. Young, supra (quoting U.S. v. Shelton, supra). The 8th Circuit’s holding seems to be consistent with how other courts have approached this issue. Wikipedia notes that “many jurisdictions do not recognize abandonment” as a defense to an attempt crime, and a law review article points out that “many courts have resisted the abandonment defense because they believe attempt should be treated like any other crime, i.e., that once a defendant has fulfilled the elements of a crime, later abandonment or remorse should not remove liability.” Robert E. Wagner, A Few Good Laws, 76 University of Cincinnati Law Review 1043, 1071 (2010).

In other words, once I commit murder I can’t abandon the crime of murder, so attempt crimes should be treated the same way once the defendant has reached the point at which he/she has “attempted” the target crime. The argument for recognizing abandonment as a defense is that, since attempt crimes are by definition incomplete crimes, recognizing abandonment can give criminals a reason to change their mind and not proceed with the attempt (which, of course, assumes they’re familiar with the nuances of attempt law).

This is wrong, Abandonment is NOT a defense, renunciation is.