The Forensic Preview and the Independent Source Doctrine 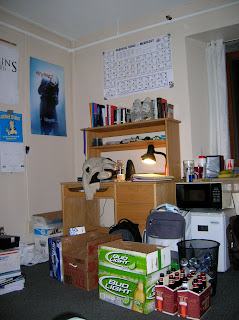 As Wikipedia notes, the Supreme Court has limited the applicability of the 4th Amendment’s exclusionary rule in certain circumstances, one of which is that the evidence has a source independent of the 4th Amendment violation. As Wikipedia also notes, in “Nix v. Williams, 467 U.S. 431 (1984), the Supreme Court ruled that evidence illegally seized without a search warrant is admissible if the prosecution can prove the evidence would have been found and seized by legal means not based on evidence or information illegally seized. The Nix Court explained that if the government proves that the evidence would have been

obtained inevitably and, therefore, would have been admitted regardless of any overreaching by the police, there is no rational basis to keep that evidence from the jury in order to ensure the fairness of the trial proceedings. In that situation, the State has gained no advantage at trial and the defendant has suffered no prejudice. Indeed, suppression of the evidence would operate to undermine the adversary system by putting the State in a worse position than it would have occupied without any police misconduct.

467 U.S. at 447 (emphasis in the original). This post is about a computer search case in which the independent source doctrine became an issue.

[Michael] Barefoot was renting an apartment from Gregory Beley when he fell behind on his rent and moved in with his mother. Andre Lukotich was hired by Beley to renovate the apartment in preparation for another tenant. While Lukotich was in the apartment, he accessed Barefoot's computer to illegally download music and, in doing so, saw child pornography. Lukotich told Pitcairn police what he had seen, and Pitcairn police passed the tip along to Allegheny County detectives who met with Beley. Beley told detectives he had a judgment for eviction against Barefoot and showed them a copy of the complaint he had filed against him. He, however, never had secured an order of eviction against Barefoot as required by Pennsylvania law. Beley led detectives inside the apartment where they seized and removed Barefoot's computer.

Detectives conducted a warrantless forensic preview of the computer, locating images of child pornography and information linking Barefoot to the computer. Detectives, thereafter, applied for a warrant to search Barefoot's computer. The affidavit of probable cause stated that the detectives had received a tip that there was child pornography on a computer, interviewed Barefoot's landlord and the tipster, conducted a search of Barefoot's apartment, and took the computer with consent from the landlord. The affidavit did not mention the forensic preview.

A search warrant was issued, and police conducted a full forensic analysis of the computer, recovering still and moving images of child pornography. Barefoot was arrested and confessed to accessing child pornography.

U.S. v. Barefoot, supra. (Barefoot’s brief on appeal explains that “Detective Haney conducted a `forensic preview’, which consists of observing the contents of a computer without causing any changes to be made to the hard drive”, and observed what seemed to be child pornography. Brief for Appellant, U.S. v. Barefoot, 2009 WL 6697980.)

Prior to his trial on child pornography charges, Barefoot moved to suppress the evidence obtained from his computer, claiming it was obtained in violation of the 4th Amendment. U.S. v. Barefoot, supra. The district court judge agreed, finding that the officers had “illegally conducted the warrantless forensic preview because Barefoot had not abandoned his property and it was unreasonable for detectives to believe he had.” U.S. v. Barefoot, supra. The judge also, though, held that the evidence was admissible “because it would have been obtained regardless of law enforcement's Fourth Amendment violation.” U.S. v. Barefoot, supra. Specifically, the district court judge explained that after the detectives

seized and searched [Barefoot’s] computer without a warrant, they applied for a search warrant, as a `precaution.’ . . . In their affidavit of probable cause, Detectives Matthews and Mayer did not refer to Detective Haney's initial search or cite evidence obtained during this warrantless search. The detectives recounted their discussion with the Pitcairn police, the meeting with the landlord, and their interview of Andre Lukotich.

On the basis of this information, all of which they knew prior to the warrantless search, the detectives got a search warrant for [Barefoot’s] computer. The search conducted pursuant to this warrant revealed that [his] computer contained video and still images of child pornography.

U.S. v. Barefoot, 2008 WL 3166947 (U.S. District Court for the Western District of Pennsylvania 2008). Barefoot “conditionally pled guilty to possession and receipt of child pornography”, reserving his right to appeal his 4th Amendment claim to the 3d Circuit Court of Appeals. U.S. v. Barefoot, supra. The 3d Circuit began its opinion in the case by noting that the exclusionary rule requires

the suppression of evidence obtained as a result of a Fourth Amendment violation. . . . As an exception to the exclusionary rule, the independent source doctrine `permits the introduction of evidence initially discovered during, or as a consequence of, an unlawful search, but later obtained independently from activities untainted by the initial illegality.’ U.S. v. Price, 558 F.3d 270 (U.S. Court of Appeals for the 3d Circuit 2009). To determine whether there was a genuinely independent source for the evidence requires a subjective inquiry into the totality of the circumstances. Murray v. U.S., 487 U.S. 533 (1988) A warrant obtained after an illegal search is not an independent source (1) `if the agents' decision to seek the warrant was prompted by what they had seen during the initial entry' or (2) `if information obtained during the entry was presented to the Magistrate and affected his [or her] decision to issue the warrant.’ 533 U.S. at 542.

U.S. v. Barefoot, supra. The 3d Circuit noted, in a footnote, that the second option was not at issue in this case because “detectives made no mention of the warrantless search in their search warrant application.” U.S. v. Barefoot, supra. The only issue, then, was whether the agents’ decision to seek the warrant was based, at least in part, on the illegal warrantless forensic preview of Barefoot’s computer. Barefoot argued that the

officers would not have sought the warrant based on Lukotich's tip because he was not a credible tipster since he was unknown to the police, lived in a half-way house, had a DUI conviction, and had violated Barefoot's privacy by accessing his computer to illegally downloaded music. Therefore, Barefoot contends that the real impetus for the warrant was the preview of the computer.

When detectives interviewed Beley and searched Barefoot's apartment prior to the warrantless search, they were following up on Lukotich's tip, which they would not have done had they believed Lukotich's tip lacked credibility. Additionally, by telling police that he had violated Barefoot's privacy to download music, Lukotich incriminated himself, which bolsters his credibility. Detectives had enough information from Lukotich's tip and their interview with Beley linking Barefoot to the apartment to have been prompted to apply for a warrant. The court may presume law enforcement officers will act reasonably, absent evidence to the contrary. . . . Therefore, the District Court did not err in holding that there was an independent source for the evidence.

Barefoot also argues that because detectives searched his apartment before interviewing Lukotich, and then waited a week between conducting their search and applying for a warrant, they would not have applied for a warrant absent the forensic preview. Here, again, Barefoot presents no evidence that this sequence of events indicates that Lukotich's tip so lacked credibility that the detectives would not have investigated the matter but for the forensic preview. Detectives interviewed Barefoot's landlord, searched the apartment, and later interviewed Lukotich, all to follow up on Lukotich's tip. The sequence of events, alone, does not establish a causal connection between the events, and there is no evidence that Lukotich was interviewed after Barefoot's apartment was searched because detectives did not believe Lukotich's tip. . . . Similarly, the time delay between the forensic preview and the warrant application has no relevance to whether detectives would have applied for a warrant independent of the warrantless forensic preview.