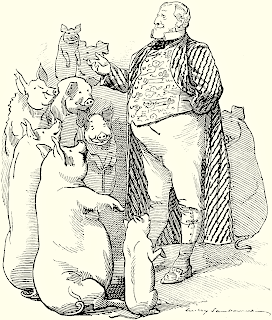 stands as one of the most powerful authorities with which State and federal courts may protect those whose rights are deprived. Section 1983 . . . provides a way individuals can sue to redress violations of federally protected rights, like the First Amendment rights and the Due Process Clause and the Equal Protection Clause of the Fourteenth Amendment of the United States Constitution.

Peake, who was not amused, contacted the Greeley police, who started investigating a potential violation of Colorado's criminal libel statute. . . . [T]he detective in charge prepared a search warrant affidavit to submit to the. . . district attorney for legal review. The deputy district attorney, Susan Knox, . . . approved the search warrant affidavit, which was identical to the warrant with respect to the eleven paragraphs listing the items to be seized. . . . The affidavit and warrant were presented to and approved by a magistrate judge. The Greeley police then searched the home where Mink lived with his mother and confiscated their personal computer, as well as written materials referencing The Howling Pig.

Mink . . . filed suit in federal district court against the City of Greeley, . . . the district attorney, Detective Warren, and . . . [Susan Knox], seeking damages for the search and seizure, among other things. The district court. . . ordered the City of Greeley to return `. . . the computer, and all contents thereof, seized following the search of [his] home.’ Thereafter, the district attorney issued a written `No File’ decision, concluding that the statements contained in The Howling Pig could not be prosecuted under the Colorado criminal libel statute.

The district court granted Knox's motion to dismiss the suit in its entirety, holding . . . that Mink's constitutional claims against Knox were barred by absolute immunity.

Mink v. Knox, supra. In an earlier opinion, the 10th Circuit reversed the district court’s order dismissing the suit because it found Knox wasn’t entitled to absolute immunity. Mink v. Suthers, 482 F.3d 1244 (U.S. Court of Appeals for the 10th Circuit 2007). Prosecutorial immunity, which includes absolute immunity and qualified immunity. is meant to protect prosecutors from civil liability for actions taken in the course of their duties. It’s analogous to sovereign immunity but differs in certain respects.

In Imbler v. Pachtman, 424 U.S. 409 (1976), the Supreme Court held that a state prosecutor who acted within the scope of his duties in initiating and pursuing a criminal prosecution and in presenting the state's case was absolutely immune from civil suit for damages for allegedly violating the defendant’s civil rights. Absolute immunity is unconditional; a prosecutor acting as a prosecutor is effectively immune from suit for actions taken in the course of that endeavor.

In its 2007 decision in the Minx case, the 10th Circuit held that the district court erred in holding Knox was absolutely immune from Mink’s civil rights claims because absolute immunity “does not extend to `those aspects of the prosecutor's responsibility that cast him in the role of an administrator or investigative officer rather than that of advocate.’” Mink v. Suthers, supra (quoting Imbler v. Pachtman). The 10th Circuit reversed the district court’s order and remanded the matter for the court to determine if Knox was entitled to qualified, or conditional, immunity from liability for those claims. Mink v. Suthers, supra.

On remand, the district court granted Knox’s motion to dismiss Mink’s lawsuit on the basis of qualified immunity, holding that “`a reasonable official in Knox's position could believe that the statements in The Howling Pig were not protected statements under the First Amendment and . . . that Plaintiff's . . . publishing such statements could subject him to criminal prosecution under the Colorado libel statute’”. Mink v. Knox, supra. In reviewing this decision, the 10th Circuit noted that prosecutors and other government officials “’performing discretionary functions . . . are granted a qualified immunity . . . from liability for civil damages insofar as their conduct does not violate clearly established statutory or constitutional rights of which a reasonable person would have known.’” Mink v. Knox, supra (quoting Archuleta v. Wagner, 523 F.3d 1278 (U.S. Court of Appeals for the 10th Circuit 2008)).

Mink claimed that his rights under the 4th Amendment were violated by “the search and seizure of his property based on an invalid warrant.” Mink v. Knox, supra. He argued that the warrant “lacked probable cause because no reasonable prosecutor could have believed that publishing The Howling Pig constituted a crime.” Mink v. Knox, supra. The 10th Circuit noted that probable cause under the 4th Amendment exists if the facts and

`circumstances within the officers' knowledge and of which they had reasonably trustworthy information are sufficient in themselves to warrant a man of reasonable caution in the belief that an offense has been or is being committed.’ . . . The question therefore becomes whether a government official of reasonable caution, having reviewed the affidavit and the editorial column of The Howling Pig, would believe that this publication was libelous.

In assessing whether a government official of reasonable caution could have believed the statements in The Howling Pig were defamatory, the 10th Circuit noted that courts have found that the 1st Amendment protects statements constituting “parody, fantasy rhetorical hyperbole and imaginative expressions” because “no reasonable person would take these types of speech as true”, which means “they simply cannot impair one’s good name.” Mink v. Knox, supra (quoting Milkovich v. Lorain Journal Co., 497 U.S. 1 (1990)). The Milkovich Court noted that protecting these types of speech “provides assurance that public debate will not suffer for lack of ‘imaginative expression’ or the ‘rhetorical hyperbole’ which has traditionally added much to the discourse of our Nation.” The 10th Circuit also noted that while the Supreme Court has not decided if speech that falls into any of the above categories is protected if it involved a private citizen, rather than a public official or public figure, it and one of the other federal Courts of Appeal had held that the same standard applies to private citizens. Mink v. Knox, supra.

The 10th Circuit then addressed the issue before it, i.e., whether the statements in The Howling Pig were defamatory:

The dispositive question is whether a reasonable person would conclude that the statements in The Howling Pig were actual statements of fact about Peake, or attributable to him, rather than a satirical spoof. . . . [T]he answer is no. . . . The Howling Pig humorously altered Mr. Peake's photograph to create the character of Junius Puke, its `editor.’ Another photo was altered to depict Peake/Puke made up as a character in the rock band KISS. Junius Puke covered subjects and used language that Peake, a professor of finance, surely would not have.

Mink v. Knox, supra. The court then noted that the detective who prepared the search warrant affidavit and application “provided Peake's complaint to him as the sole basis of the alleged defamatory content articulated in the affidavit. Thus, the affidavit said that `[Peake] told Detective Warren that the statements made on the website about him are false.’” Mink v. Knox, supra. Peake apparently provided the following examples:

1) The website uses his photograph and identifies him as the Editor in Chief Junius Puke.

2) The website states that he `gambled in tech stocks’ in the 90's.

3) The website states: The dark glasses are to avoid being recognized since he fears the good natured ribbing of his colleagues on Wall Street where he managed to luck out and ride the tech bubble of the nineties like a $20 whore and make a fortune.

Mink v. Knox, supra. The 10th Circuit found that the district court judge “reached the only possible conclusion” in its 2004 order directing the City of Greeley to return Mink’s seized computer and other property to him:

`[W]hat's written in this case is satire. . . . [I]t is crass and vulgar, but that makes it no less protected by the First Amendment.’ . . . It is apparent from our review of the charged portions of the column on the editorial page of The Howling Pig that no reasonable reader would believe that the statements in that context were said by Professor Peake in the guise of Junius Puke, nor would any reasonable person believe they were statements of fact as opposed to hyperbole or parody. The comments asserted as defamation constituted satire in its classic sense. As such, they are protected speech under the First Amendment, and a state may not deem them to constitute libel, particularly criminal libel. . . . The district attorney recognized as much when he concluded that The Howling Pig could not be prosecuted under the statute.

Because a reasonable person would not take the statements in the editorial column as statements of facts by or about Professor Peake, no reasonable prosecutor could believe it was probable that publishing such statements constituted a crime warranting search and seizure of Mr. Mink's property.

Mink v. Knox, supra. The 10th Circuit held that the district court judge erred in granting Knox’s motion to dismiss Mink’s suit against her; it therefore reversed the court’s order and remanded the case for further proceedings. . . . which, of course, means Mink’s suit goes forward.