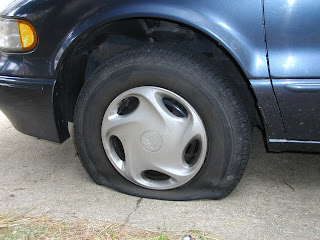 A couple of years ago, I did a post in which I explained that in a charging document, like an indictment or an information, each “charge” – each accusation that the defendant committed a specific “crime” – must be set out in a separate and distinct “count” of the charging document.

I also explained that this is based on simple fairness: If a prosecutor puts two or three different crimes in a single count, the defendant has to figure out if he needs to defend against all of them or only one or two of them. (This problem, as I explained in my earlier post, is known as “duplicity” in criminal pleading.)

As I also noted, having more than one crime in a single count can make it difficult for a defendant to claim double jeopardy if he’s prosecuted for one of the crimes later; if the count in the original indictment charged Defendant Doe with crimes A and B and the jury simply convicts him on that count, did they convict him (i) of crime A (only), (ii) of crime B (only) or (iii) of both crimes A and B?

It’s also a problem if a prosecutor breaks one crime – illegally possessing 10 tables of a controlled substance – into 10 counts. (This problem, as I also noted in my earlier post , is known as “multiplicity” in criminal pleading. Aside from anything else, that could mean that if the defendant is convicted on all counts, his sentence is 10 times what it would be if he had only been charged in one count with possessing all 10 tablets.

In July 2006, [Sucic] and several other people helped Stern and her son move into a new apartment. . . . [and] she began working for [his] granite business. [Sucic] began staying overnight . . . at Stern's apartment while he was looking for a new apartment. . . . [He] was supposed to pay rent in addition to her salary. . . . [but] often paid her in cash and would alternatively designate it as rent or pay, but still be behind on both. Stern . . . and [Sucic] argued about his payments and she quit working for [him] in November or December 2006. . . .

People v. Sucic, supra. A lot more went on in the months between July 2006 and March 2007, but I think you get the idea as to the factual basis of the charges that were later brought against Sucic.

As I noted above, he went to trial and was convicted of cyberstalking, harassment through electronic communication and stalking. He appealed the convictions on several grounds, only one of which concerns us. Sucic argued, in part, that “his convictions for cyberstalking and harassment through electronic communication violate[d] the one-act, one-crime rule.” People v. Sucic, supra. His one-act, one-crime argument seems to be based on, or based on a version of, the principle of multiplicity, which I discussed in my prior post on “crimes” and “counts.” (I tried to find out, from reported Illinois cases and/or from Illinois law reviews and treatises, if the one-act, one-crime rule is the same as the principle of multiplicity or differs in certain respects, but I failed.)

The Illinois Court of Appeals began its ruling on his argument by noting that the Illinois Supreme Court established the one-act, one-crime rule in its decision in People v. King, 66 Ill.2d 551 (1977). People v. Sucic, supra. The King court held that “when more than one offense arises from a series of . . . closely related acts and the offenses are not. . . lesser included offenses, convictions with concurrent sentences can be entered” for all the offenses. People v. King, supra.

[A] court first must determine whether a [Sucic]'s conduct consists of one act or several acts. Multiple convictions are improper if they are based on precisely the same physical act. If the [Sucic]'s conduct is based on more than one physical act, a court must then determine whether any of the offenses are lesser-included offenses. If they are, then multiple convictions are improper.

The Court of Appeals then addressed the substance of Sucic’s one-act, one-crime argument:

It looks as though the Illinois Court of Appeals found that the harassment through electronic communication count was a lesser-included offense of the cyberstalking count, and so could not provide the basis for a separate conviction. The court noted that for Sucic to be convicted of cyberstalking,

Posted by Susan Brenner at 6:19 AM

I always find my roommates on the internet. After all, what could go wrong with living with a random stranger, right?

On a different note, what kind of punishment did he get?

Also, why is there even such a charge as electronic harassment? What I mean is, if I can say something to your face (legally that is) why cannot I not also say it to you electronically? I can curse at you, say you've got nice boobs or whatever, all in person, but if I send it as a text or email it somehow becomes a crime. I just don't get that.

As a defense attorney, unfortunately I've experienced "Duplicity" is some of my criminal cases.
It's awful, because every accusation you fight for, there is still another one and some times the prosecutor mixes accusations together and you should figure out witch accusation he is talking about and it makes you completely confused !
It's crazy and irresistable when there is no jury in our judiciary system !!!
Oooo my GODDDD...

I accidentally found this online...I am the accused in this case, Sucic !
I hope all this attorneys and scolars contact me to hear the real story and tell how to expose conspiracy of the "prison business customer thursty set-ups" Victim in this case never asked for an order of protection, but I was arrested based on statement of Park Ridge cop saying, she showed him such order. They fabricated one after I was already held in Cook County Jail for 3 months. I was not indicted for 4 months! and there is much more, how can I find the journalist willing to investigate and publish. No threat was "true treat" as to justify conviction, All calls and mails were sent after the detective already harrassed me about heather because he had his eye on her. And, victim has a history of placing many man in jeopardy of life for similar reasons, manipulating their emotions driving them into relationship, than doing extortion and setting up with police if they do not give her such and such amounts of money. Lifetime con artist, but public defenders were not willing to investigate, bring defendant's whinesses, and I am only a man, immigrant and the so cold victim is an actress, female, American. Please contact me at 773 230 3932, or at twr_control@yahoo.com I have all black on white and am wiling to share publicly.

I am the mother of a 20 year old who has been acussed of a crime. I have been searching the web for information to help prove his innocence and in order to do this I have looked at a myspace status of this person and printed them. However, the woman has horrible remarks on there saying all kinds of stuff about us. Like I am cyberstalking and she hopes I dont have anything planned for my life because she is about to f@$$ it up. Also she gets these friends of hers to send us friend requests, its gotten to where we have to check and make sure they are not friends with them. I dont feel I am cyberstalking I am just trying to prove they are telling lies against my son. I dont say anything back to her statements she leaves, but I did put something on my status yesterday to find out if she was watching..and guess what she was. I mean is my search for the truth justifiable..because I have never threatened anyone or even said anything for that matter, I am just collecting information to prove my sons innocence. Any help would be greatly appreciated.

I beg Ms. Brennan or any other professor of law to contact me with simple tip, how to reach public, and justice, how to expose corruption of State and County courts, in denial of adequately defending and prosecuting case, I was denied to appeal, placed in isolation 15 months after completing sentence while State appellate court denied me to appeal and put state appellate defender upon me by force, denied me to hire paid attorney for the appeal or litigate pro se. State appellate defender refused to raise clear issues and consulted me for only 20 minutes within 15 months, even refused to correct date of arrest from July 10 2007 to actual April 20th 2007 in order to avoid raising issues on speedy trial or indictment. I appeal to all scolars that care for justice, ethics and to improve this dirty justice system and corrupt law enforcement
Please help, twr_control@yahoo.com 773 230 3932 Zlatan Sucic
thank you

re. case Sucic cyberstalking:
Person may be guilty only when all circumstances are explored, what is not happening in circuit courts. If threat is made as result of provocation, and part of long mutual communication, it all has to be reviewed. Courts are vicious in demonizing defendants, continuing cases without reason, and multiplying charges in order to create prejudice. No one follows ethics, and old People v. Iborn to "explore all possibilities of innosence rather than guilt" but label defendants guilty before tried. Prosecutors use all weapons including lies, and false statement. True threat is the most adequate lead in such cases and without order of protection asked, it does not hold the water. In Sucic(46)- without any criminal background, case, prosecutor even mailed personal letter, 5 months after sentencing to 3 years of prison, to Department of Homeland Security, Illinois DOC and everyone, that he is dangerous to all citizens of Illinois and shall never be let out of jail...