The Performance of Official Duty Defense 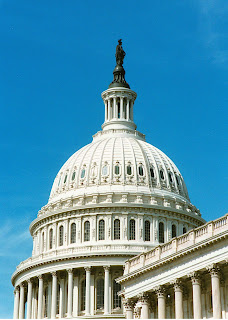 Maybe you’ve heard of this defense? . . . I hadn’t until I read the case this post is about.

[Leo Flynn] has been indicted on one count of possession of child pornography, in 18 U.S. Code §§ 2252(a)(4)(B) and 2252(b)(2), and two counts of distribution in violation of 18 U.S. Code §§ 2252(a)(2) and 2252(b)(1). [Flynn] has asserted that he is a `criminal defense attorney who specializes in representing persons accused of pedophilia and other sex crimes against children.’ [Flynn] further contends that in the course of his law practice, he has had clients who sought his advice about whether particular websites contained material which constituted child pornography. [Flynn] claims that in order to properly advise his clients he would access the website in issue on his office computer and `analyze the website's contents and render an opinion about whether the particular website contained pornography.’ [Flynn] contends that he was allowed under state law to access and view child pornography in his capacity as a criminal defense attorney representing persons who are charged or who may be charged under the child pornography statutes.

U.S. v. Flynn, supra. If you’d like to read a little more about the issues in the case, you might check out the blog post you can find here. I didn’t find any news stories on the case.

Flynn specifically relied on South Dakota Codified Laws § 22-24A-19, which provides as follows:

The provisions of §§ 22-19A-1, 22-24A-1 to 22-24A-20, inclusive, 22-24B-1, 23A-27-14.1, and 43-43B-1 to 43-43B-c, inclusive, do not apply to the performance of official duties by any law enforcement officer, court employee, attorney, licensed physician, psychologist, social worker, or any person acting at the direction of a licensed physician, psychologist, or social worker in the course of a bona fide treatment or professional education program.

I was too lazy to go through all those statutes, but from what I saw, the district court judge was absolutely correct in describing them as “various child pornography and child sexual exploitation laws”. U.S. v. Flynn, supra.

In this opinion, the judge is dealing with a motion Flynn filed asking the judge “to address the issue of a proposed jury instruction based on” the provisions of § 22-24A-19. U.S. v. Flynn, supra. I’m not sure how close this case is to actually going to trial, but I’ll assume there must be some prospect of a trial for Flynn to be submitting this motion. His motion asked the district court judge to “submit the following or a similar proposed instruction” to the jury when and if the case does go to trial:

IF YOU FIND THAT THE DEFENDANT WAS PERFORMING OFFICIAL DUTIES AS AN ATTORNEY SUCH AS WORKING ON A SPECIFIC CASE OR CONDUCTING AN INVESTIGATION FOR A PARTICULAR CLIENT WHEN HE POSSESSED AND DISTRIBUTED CHILD PORNOGRAPHY, YOU MUST FIND HIM NOT GUILTY ON ALL CHARGES.

U.S. v. Flynn, supra (upper-case in the original). The prosecution opposed the motion, arguing that “`the law does not permit a defendant to present a defense unless the law recognizes that defense.’” U.S. v. Flynn, supra (quoting U.S. v. Matthews, 209 F.3d 338 (U.S. Court of Appeals for the 4th Circuit 2000)). No one seems to have disputed that pretty reasonable proposition.

The issues Flynn’s motion raised were whether the South Dakota statute “is preempted by 18 U.S. Code § 3509(m)” and whether Flynn “may be entitled to an instruction based on § 22-24A-19 in a federal child pornography prosecution.” U.S. v. Flynn, supra. As I’ve noted in other posts, 18 U.S. Code § 3509(m) says that in any federal prosecution involving child pornography, the pornography must “remain in the care, custody and control of either the Government or the court.” You can find the statute here, if you want to check it out.

The judge in this case noted that the issue of whether

U.S. v. Flynn, supra. As far as I can tell, no decision has issued in the Boland v. Holder case as yet . . . and since I unfortunately don’t have access to the pleadings in the case I can’t tell you any more about it.

This judge then considered whether 18 U.S. Code § 3509(m) preempted the state statute. He noted that the preemption doctrine derives from Article VI, clause 2 of the U.S. Constitution, which states that “[t]his Constitution, and the Laws of the United States which shall be made in Pursuance thereof. . . shall be the supreme Law of the Land; and the Judges in every State shall be bound thereby, any Thing in the Constitution or Laws of any State to the Contrary notwithstanding.” He explained that preemption is either express (Congress specifically states its intention to preempt state law in the statute) or implied (implicit in the statute’s structure and purpose). U.S. v. Flynn, supra. Since the federal statute doesn’t state an intention to preempt state law, preemption must exist, if it exists at all, implicitly. U.S. v. Flynn, supra.

The judge found, first, that the legislative history of 18 U.S. Code § 3509(m) doesn’t do anything to resolve the preemption issue:

U.S. v. Flynn, supra. And while, as the judge noted, he was not bound by decisions of state courts, he considered decisions from the Tennessee and Missouri Courts of Appeals, both of which held that 18 U.S. Code § 3509(m) does not apply to proceedings in state courts and did not “criminalize any conduct that was not already illegal” before it was adopted. U.S. v. Flynn, supra (quoting Tennessee v. Allen, 2009 WL 348555 (Tennessee Court of Criminal Appeals 2009)).

The judge then said that his analysis of 18 U.S. Code § 3509(m) “also leads to the conclusion that this provision does not dictate the handling of child pornography materials by defense counsel and experts under South Dakota's statutory scheme in South Dakota state prosecutions.” U.S. v. Flynn, supra. The prosecution argued that even if Flynn relied on the South Dakota statute, he was ““not entitled to an instruction” based on that statute because “state or local officials may not bind the federal government to an erroneous interpretation of federal law or sanction a violation of federal law.” U.S. v. Flynn, supra. The judge disagreed:

U.S. v. Flynn, supra. The judge therefore found that it would

appear unjust to disallow a defense in a federal prosecution to attorneys who in state criminal matters have represented their clients within the limits set forth by the South Dakota Legislature and in compliance with the discovery and procedural rules set forth by the South Dakota state judiciary. This Court thus concludes that an attorney acting in accordance with § 22-24A-19 is not precluded from asserting the operation of this statute as an affirmative defense in a federal child pornography prosecution brought against him if the evidence at trial supports such a defense.

U.S. v. Flynn, supra. The judge didn’t grant Flynn’s motion because he found (correctly, IMHO) that he couldn’t rule on the propriety of giving a jury instruction until he knew what facts would be admitted at trial. U.S. v. Flynn, supra. In other words, the district court judge couldn’t commit to giving an instruction based on South Dakota Codified Laws § 22-24A-19 unless and until the evidence at trial supported the giving of such an instruction by establishing a factual basis for Flynn’s argument that his activities with child pornography were carried out purely as part of his duties as a criminal defense attorney.

Doesn't the instruction say that "IF YOU FIND THAT ...."? Why does it matter what facts are admitted at trial? The jury would disregard the instruction if it wasn't proven to matter.

It matters because you're assuming a purely rational jury . . . an assumption which may or may not be true in practice.

Juries in the U.S. implicitly have the power to "nullify" a verdict, i.e., to find someone guilty even though the evidence proves beyond a reasonable doubt that the person committed the crime which which he is charged. Jurors aren't told about that (though some think they should be) because the legal system wants them to make their decisions based ONLY on the facts and law that were presented at trial. More precisely, the legal system wants them to apply the law to the facts and then decide the case.

If the judge instructed the jury on the issue even though there wasn't a factual foundation on which a rationale jury could find that the defense was available in the case, you'd effectively be inviting the jury to nullify the verdict . . . i.e., base an acquittal on the defense even though the evidence didn't support it.

It seems to me that the guy's clients, or potential clients, have a 6th Amendment right to effective assistance of counsel. By denying defense counsel the same ability the State has to handle, test, and examine evidence you prevent that attorney from acting in an effective manner.

It is a unique defense. But in this case i think the guy is guilty.