Text Messages and the SODDI Defense 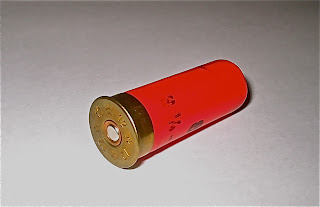 As Wikipedia explains, the SODDI (“Some Other Dude Did It”) defense is

often used when there is no question that a crime occurred, such as in murder or assault cases, where the defendant is not asserting self-defense. The SODDI defense in a murder, rape or assault case is often accompanied by a mistaken identity defense and/or an alibi defense.

As I noted in one of my early posts, one use of (or attempt to use) a SODDI defense in cybercrime cases occurs in child pornography cases when the defendant claims that it was a virus or a Trojan horse program – not him – that put child pornography on his computer.

This post is about Taylor Conley’s attempt to use a text message to at least implicitly establish a SODDI defense. Conley was charged with and convicted of “the aggravated first degree murder of Brian Swehla.” State v. Conley, 2010 WL 2283509 (Washington Court of Appeals 2010). The charges basically arose from these events:

On March 31, 2006, Amy Lynn Hardesty had been fighting with her boyfriend Brian Swehla at their home. Around 1:00 am, Hardesty's friend Wayne Hamrick picked her up, after which they stayed up all night and used methamphetamine.

[A]round daybreak that same day, Hardesty and Hamrick [stopped] for breakfast around 8:30 am. Hamrick received a text message, apparently sent from Swehla's cellular telephone around 9:12 am that morning, which stated something like, `Where is you?’ Hamrick showed this message to Hardesty. Hardesty returned to Swehla's house around 8:30 or 9:00 pm, discovered him dead on his bedroom floor, and left. . . .

The people noted above (including Hamrick) testified at trial to the events described above and other relevant facts and events, some of which occurred after the day of the murder. At trial, Conley wanted to use the “text message sent from Swehla's cellular telephone to Hamrick's cellular telephone as evidence that Hamrick was somehow connected to the murder.” State v. Conley, supra. The trial judge held that Conley could use the text message only to raise an issue about when the murder had occurred”, but the judge “did not instruct the jury about this limitation on use of the text message evidence.” State v. Conley, supra. We’ll get back to that in a minute.

As I noted, Conley was convicted. State v. Conley, supra. He appealed, arguing, in part, that the trial court violated

his due process rights under the Sixth and Fourteenth Amendments to the Constitution when it admitted the text message sent from Swehla's cellular telephone to Hamrick's cellular telephone for the sole purpose of controverting the time of the murder. Conley contends that in so doing, the trial court limited his ability to argue that this text message was evidence that Hamrick was somehow involved in the murder and, thus, any evidence involving Hamrick . . .was unreliable.

State v. Conley, supra. The prosecution acknowledged that the text message was

potentially relevant to Hamrick's and Hardesty's credibility and to the weight of Hamrick's testimony and any other evidence obtained through Hamrick or Hardesty, but it asserts that the trial court properly limited the use of this evidence because it did not establish that someone other than Conley actually committed the murder.

In ruling on Conley’s argument, the Court of Appeals noted that since the trial judge never “cautioned the jury that it could consider the text message only as evidence of the time of the murder, the only potential effect” the ruling had was “to limit the scope of Conley's closing argument.” State v. Conley, supra. The Court of Appeals explained that a trial judge “has broad discretion over the scope of . . . closing arguments” but if a judge goes too far in limiting the scope of closing argument, that may violate the defendant’s constitutional rights to the effective assistance of counsel and/or due process. State v. Conley, supra. It noted that such an error “is subject to harmless error analysis”, which means the Court of Appeals can affirm a conviction if it finds that a “reasonable fact finder would have reached the same result absent the error.” State v. Conley, supra.

In analyzing the propriety of what the trial judge did, the Court of Appeals first noted that it agreed with the prosecution’s “assertion that the trial court's refusal to allow Conley to use the text message evidence to prove that someone other than Conley committed the murder was proper.” State v. Conley, supra. It explained that a defendant has no right to introduce evidence that a

third party committed the charged crime unless the defendant first establishes a sufficient foundation. . . . That foundation requires a nexus between the third person and the crime. . . . Motive, ability, and opportunity to commit a crime alone are not sufficient. . . . Only when the offered testimony would evidence a `step taken by the third party that indicates an intention to act’ on the motive or opportunity does the trial court abuse its discretion in refusing to allow the evidence for this purpose. . . . Under these standards, the trial court did not err to the extent it refused to admit the text message for the purpose of showing someone other than Conley killed Swehla. Although there was arguably evidence from Weller-Childers connecting another party to the actual murder, the chain of events linking the text message to that evidence was too attenuated to be relevant.

The court also, however, agreed with Conley that the text message “was relevant and admissible for credibility, reliability, and weight purposes because it arguably connected Hamrick and, possibly, Hardesty, to the people who killed Swehla-a connection that could put any evidence related to Hamrick or Hardesty at issue.” State v. Conley, supra. It did not, though, find that the trial court’s ruling required reversing Conley’s conviction: “We do not . . . agree that the . . . ruling in any way prevented Conley from presenting this weight, reliability, and credibility issue to the jury.” State v. Conley, supra.

In closing argument, Conley's counsel repeatedly pointed out the numerous connections between Hamrick and the witnesses who provided evidence against Conley, emphasizing that the text message was sent to Hamrick, `of all people,’ . . . and the State's rebuttal argument suggested that the text message could have connected Hamrick to the murder. Although defense counsel did not expressly argue that the text message implicated Hamrick and that Hamrick might, therefore, have been involved in providing false evidence against Conley, that theory was implicit in the closing arguments. Accordingly, Conley has not demonstrated that the trial court's ruling limited his ability to argue that Hamrick and Hardesty were somehow connected to the murder and that the jury should view any evidence related to Hamrick or Hardesty with caution. Because the trial court's ruling did not impair Conley's ability to make his credibility, reliability, and weight arguments, any error in the trial court's ruling was not reasonably likely to have affected the jury's verdict and was clearly harmless.

Posted by Susan Brenner at 7:24 AM