MySpace Evidence Not Authenticated But . . . 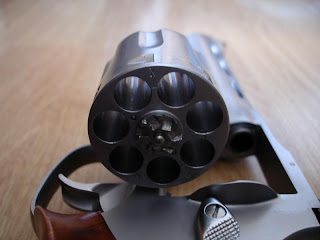 I did a post last fall on the process involved in authenticating content posted on social networking sites – like MySpace – so it can be deemed admissible in court. In that post I explained that authenticating evidence simply means that the proponent of the evidence (the party trying to get it introduced) must show that it is what it is claimed to be.

This post is a recent case in which the authentication of MySpace evidence came up, a case in which the appellate court found that the evidence was not, in fact, adequately authenticated before it was admitted at trial. The case is Commonwealth v. Williams, 2010 WL 1999314 (Massachusetts Supreme Court 2010), and this is how it arose:

In the early morning of October 1, 2005, [Izaah Tucker] was shot to death in the Riverside Projects housing development in Medford. The Commonwealth's case rested primarily on the testimony of two witnesses present at the shooting, [Michael] Gemma and Larry Baker Powell. . . .

Powell spent the night of the murder at the apartment where he and his fifteen year old girl friend, Ashlei Noyes, lived with her mother and younger sister. At one point during the evening, [Dwight Williams] and his `date’ appeared at the apartment. [Williams] talked on a `direct connect’ Nextel cellular telephone with [Tucker] about selling him a gun. [Williams] pulled out a revolver at one point and began playing with it, putting bullets in the weapon and taking them out. He passed the gun to Powell.

Later, Powell and [Williams] left to meet [Tucker]. En route, [Williams] told Powell he planned to `pop’ [Tucker]. [Tucker] appeared at the meeting place with a friend, Gemma. Gemma and Powell hung back while [Williams] and [Tucker] walked ahead to consummate the sale. Instead of selling the gun to [Tucker], [Williams] shot him. [Williams] ran back, began shooting at Gemma, and yelled to Powell to empty [Tucker’s] pockets. Powell did as he was told, taking just under $300 from the victim. Gemma raced from the scene, escaping the shots.

On the fourth day of the trial, Noyes testified that [Williams’] brother had contacted her four times on her MySpace account between February 9, 2007, and February 12, 2007, urging her not to testify against [Williams] or to claim a lack of memory about the events at her apartment the night of the murder. Noyes printed the messages from her MySpace account at the courthouse on the morning of her testimony. The prosecutor provided them to defense counsel immediately after she received them from Noyes.

Commonwealth v. Williams, supra. Here, apparently, is how the prosecution sought to authenticate the MySpage messages Noyes testified about:

Noyes testified that [Jessie] Williams was [Dwight Williams’] brother, that he had a picture of himself on his Myspace account, and that his MySpace name was `doit4it.’ She testified that she had received the messages at issue from [Jessie], and the document (which had been marked for identification) indicated that those messages were in fact sent by the user with the screen name `doit4it’ and bore a picture of [Jessie] Williams. Noyes testified that she responded to three of the messages, and that he sent communications back to her; she did not respond to the fourth message. The contents of the messages demonstrate that the sender was familiar with Noyes and the pending criminal cases against [Dwight Willaims] and desired to keep her from testifying.

There was insufficient evidence to authenticate the messages and they should not have been admitted. Although it appears that the sender of the messages was using [Jessie] Williams's MySpace Web `page,’ there is no testimony (from Noyes or another) regarding how secure such a Web page is, who can access a Myspace Web page, whether codes are needed for such access, etc. Analogizing a Myspace Web page to a telephone call, a witness's testimony that he or she has received an incoming call from a person claiming to be `A,’ without more, is insufficient evidence to admit the call as a conversation with `A.’ . . . . Here, while the foundational testimony established that the messages were sent by someone with access to [Jessie] Williams's MySpace Web page, it did not identify the person who actually sent the communication. Nor was there expert testimony that no one other than Williams could communicate from that Web page. Testimony regarding the contents of the messages should not have been admitted.

Commonwealth v. Williams, supra. The fact that the trial court erred in admitting Noyes’ testimony about the MySpace messages and the messages did not mean Williams had won his appeal. Once a court finds that an error has been committed, it must decide if the error was harmless or prejudicial. As Wikipedia explains, a harmless error is a

ruling by a trial judge that, although clearly mistaken, does not meet the burden for a losing party to reverse the original decision of the trier of fact on appeal or to warrant a new trial. . . . Evidentiary errors are subject to harmless error analysis, under Federal Rule of Evidence 103(a) (`Error may not be predicated upon a ruling which admits or excludes evidence unless a substantial right of the party is affected.’)

Wikipedia cites the Federal Rule of Evidence on this issue, but Massachusetts and other U.S. states all have their own provisions on the issue. As a Massachusetts court recently explained, in deciding if the trial court’s error was harmless beyond a reasonable doubt, the appellate court reviewing a criminal conviction must “determine `whether there is a reasonable possibility that the evidence complained of might have contributed to the conviction’ . . . or, put differently, `whether overwhelming evidence of the defendant's guilt exists without the erroneously admitted evidence.’” Commonwealth v. Johnson, 76 Mass. App. 80, 918 N.E.2d 876 (Massachusetts Court of Appeals 2010) (citations omitted).

In ruling the trial court’s error in the Williams case, the Massachusetts Supreme Court explained that

[w]e consider whether the error permitting the jury's consideration of the improperly admitted messages created a substantial likelihood of a miscarriage of justice. . . . The content of the messages (suggesting that Noyes not testify or forget what happened) was, in our view, rendered insignificant by the testimony of two witnesses to the murder who identified [Dwight Williams] as the shooter, and the corroborative testimony of those who were with [Williams] and Powell at Noyes's apartment. This evidence was strengthened by [Williams’] inconsistent accounts of his whereabouts on the night of the murder and his activities thereafter. Given this testimony, the admission of the improperly authenticated contents of the MySpace messages did not create a substantial likelihood of a miscarriage of justice.

Commonwealth v. Williams, supra. So Williams won on one issue, and lost on the other.

If you look at the post I did last fall on authenticating MySpace evidence, I think you’ll find that the Massachusetts Supreme Court’s requirements are significantly more demanding than the requirements a Tennessee appellate court imposed in another case. That court basically held that the “testimony of a witness with knowledge” (which would be Ms. Noyes in the Williams case) was enough to authenticate MySpace messages. That court rejected the defendant’s argument that authentication would require the testimony of “a representative of MySpace” . . . which almost seems to be what the Massachusetts Supreme Court would require for authentication of MySpace messages.

It will be interesting to see how this evolves, as other courts address it.

With such short notice I can't imagine how the DA would have sufficiently authenticated the messages to the Mass. Supreme Court's standards. Maybe have her testify about previous exchanges with the same individual. Tough one.

If all it takes is for the witness to say "I got a message from Paul" to admit a MySpace or Facebook message, then what is to stop someone from making a fake profile in the name of "Paul" and sending fake messages to themselves or to other people so as to now create evidence against "Paul"?

I think the Mass. court got it right. You need to prove that not only is the message what it proports to be, but that it was actually sent by the person to whom it is attributed to be from. Otherwise people could just be making making messages all day long and there is no way anyone could rebut it.