"Possession" and the Thumb Drive 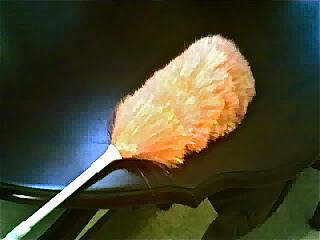 As I noted in a post I did a couple of years ago, most people know that the law makes it illegal to “possess” certain items, including controlled substances and child pornography. What I suspect most people don’t know is that there are, as I explained in that post, two kinds of possession: actual and constructive.

In that earlier post, I used an instruction from the U.S. Court of Appeals for the 1st Circuit to illustrate the difference between the two types of possession:

The term `possess’ means to exercise authority, dominion or control over something. It is not necessarily the same as legal ownership. The law recognizes different kinds of possession.

This post is about a case in which the “possession” of a thumb drive was at issue, not because it’s illegal to possess a thumb drive but because of what was on this particular thumb drive.

The case is Hunt v. State, 2010 WL 1224372 (Georgia Court of Appeals 2010). As the opinion notes, “[f]ollowing a jury trial, Jimmy Dee Hunt was convicted of five counts of sexual exploitation of children” in violation of Georgia Code § 16-12-100. Hunt v. State, supra. Hunt appealed his conviction, and one of his arguments on appeal concerned the possession of the thumb drive. Hunt v. State, supra. Before we get to the issue, you need to know how it, and the case, arose:

Hunt was a registered guest in Room 508 at the Best Western Hotel in College Park from June 23-28, 2007. In August 2007, a housekeeper found a USB Kingston thumb drive on the fifth floor of the hotel, and turned it in to the hotel's lost and found area. After determining the USB drive did not belong to any of the hotel guests, Carlita Leonard, a front desk clerk, took the USB drive home for her daughter to use. On August 10, 2007, Leonard's daughter inserted the USB drive into a friend's computer, and when she opened the USB drive, she observed photographs of children. Leonard immediately contacted the police.

Detective Redding of the City of College Park Police Department confirmed that images depicting underage children engaged in various sexual acts were stored on the USB drive as well as two photographs of a man, later identified as Hunt. The USB drive also contained several files entitled `d.b.a., Jimmy Hunt’ or referencing a business affiliated with Hunt, which Detective Redding was unable to open due to the file's format.

Hunt v. State, supra. It appears, then, that the evidence on which Hunt’s conviction was based all came from the thumb drive the housekeeper found on the fifth floor of the Best Western. On appeal, Hunt argued that the prosecution

failed to establish that Hunt exercised dominion or control over the USB drive, and therefore, the evidence was insufficient to show that he knowingly possessed material depicting children engaged in sexually explicit conduct.

Georgia law, like that (I assume) of all the states, recognizes both “actual possession” and “constructive possession.” In Uriostegui v. State, 269 Ga. App. 41, 603 S.E.2d 478 (Georgia Court of Appeals 2004), the court explained the difference between the two:

Uriostegui v. State, supra. In another decision, the Court of Appeals said that “[a]s long as there is slight evidence of . . . power, and intention to exercise control or dominion over an instrumentality, the question of fact regarding constructive possession remains within the domain of the trier of fact”, i.e., it’s up to the jury to decide whether the person "possessed" the "instrumentality". Wright v. State, 279 Ga. App. 299, 630 S.E.2d 774 (Georgia Court of Appeals 2006).

In this case, the Court of Appeals rejected Hunt’s argument and held that the evidence was sufficient to establish that he had constructive possession of the thumb drive:

[T]he evidence showed Hunt was a resident of Paragould, Arkansas and had rented Room 508 at the College Park Best Western Hotel from June 23, 2007 until June 28, 2007. In August 2007, the USB drive was found on the fifth floor of the Best Western in which Hunt had stayed as a guest.

Sims testified that the date and time imprinted on a photograph taken from a digital camera is recorded from the digital camera's date and time feature. . . . Given Sims' testimony, coupled with the fact that Hunt possessed several computers, a Kodak digital camera, and another Kingston USB thumb drive in his home in Arkansas, a rational trier of fact could find that Hunt took photographs of himself on April 14, 2007 from his home in Arkansas with his digital camera; saved those photographs to the USB drive on April 15, 2007; took the USB drive with him to Georgia, where he stayed at the Best Western in late June 2007; and inadvertently left the USB drive on the fifth floor of the hotel. The jury could also conclude that Hunt knowingly possessed material depicting minors engaged in sexually explicit conduct in light of evidence that on April 15, 2007, 13 sexually explicit images of children were saved to the USB drive within seconds of the time two photographs of Hunt were saved to such drive. . . . Further, on April 29, 2007, six files listing Hunt's name and/or his business, two sexually explicit images of children, and two photographs of Hunt were saved to the USB drive within four minutes of each other. And three of the foregoing files listed the name of Hunt's business, Mister Appliance. . . .

Hunt had been a guest at the Best Western prior to the discovery of the USB drive, and . . . had the opportunity to access computer equipment from his home in order to save his photographs, files associated with him and his business, and sexually explicit images of children to the USB drive. Thus, the evidence was more than sufficient to exclude every reasonable hypothesis that someone other than Hunt possessed the USB drive when he stayed at the College Park Best Western in June 2007. . . . Accordingly, the evidence was sufficient to convict Hunt of five counts of sexual exploitation of children beyond a reasonable doubt.


Hunt v. State, supra. If nothing else, this opinion suggests that it's probably a good idea to keep track of your thumb drives.

Posted by Susan Brenner at 7:29 AM