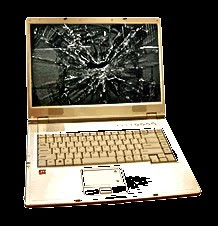 This post is about a crime you may not have heard of: disrupting public services. More precisely, it’s about someone who was convicted of committing this particular crime based on his having “purposely or knowingly damage[d] an operable cell phone, thereby rendering it inoperable.” State v. Harrison, 2010 WL 1932053 (Ohio Court of Appeals for the 2d District 2010).

I really wish I knew what happened to result in Jeffrey Harrison’ being charged with committing this crime, but this is all the opinion tells me about that:

`On or about May 28, 2008, in Montgomery County, Ohio Jeffery Wade Harrison, did purposely, by any means, or knowingly, by damaging or tampering with any property, interrupt or impair telephone service, to wit: did purposely or knowingly damage an operable cell phone, thereby rendering it inoperable, contrary to the form of the statute, in violation of Section 2909.04(A)(1) of the Ohio Revised Code.’

Harrison tendered a no-contest plea, but contended that the facts set forth in the bill of particulars do not, as a matter of law, make out an offense under the Code, because rendering a single cell phone inoperable does not amount to the disruption of a public service. The trial court held otherwise, found Harrison guilty on his no-contest plea, and sentenced him accordingly. From his conviction and sentence, Harrison appeals.

In his appeal, Harrison originally argued that the decision of another of Ohio's Courts of Appeals in State v. Robinson, 177 Ohio App.3d 560, 2008 –Ohio-6813 (Ohio Court of Appeals for the 3d District 2008) [Robinson #1] barred his conviction. The 3d District Court of Appeals reversed Robinson’s conviction for disrupting public services under another section of Ohio Revised Code § 2909.04(A)(3) because it found that § 2909.04(A) “clearly and unambiguously prohibits substantial interference with public emergency systems and utilities, not the destruction of a single private telephone or cell phone.” Robinson #1, supra.

Unfortunately for Harrison, while his appeal was pending the Ohio Supreme Court reversed the Court of Appeals’ decision in the Harrison case and reinstated Robinson’s conviction which, as noted above, came under another section of Ohio Revised Code § 2909.04(A). State v. Robinson, 124 Ohio St. 3d 76, 919 N.E.2d 190 (Ohio Supreme Court 2009) [Robinson #2]. The Ohio Supreme Court first found that the Court of Appeals “interpretation that the statute does not apply to the destruction of a single private telephone or cellular telephone is not a sound reading of the plain language” of the statute. Robinson #2, supra.

In reaching this conclusion, the Ohio Supreme Court relied, in part, on the fact that the statute which defines certain terms used in Ohio Revised Code § 2909.04 defines a “telecommunications device” as

any instrument, equipment, machine, or other device that facilitates telecommunication, including, but not limited to, a computer, computer network, computer chip, computer circuit, scanner, telephone, cellular telephone, pager, personal communications device, transponder, receiver, radio, modem, or device that enables the use of a modem.

Robinson #2, supra. The Supreme Court found, then, that Ohio Revised Code § 2909.04(A) “does not limit its application to the interference with public emergency systems and utilities on a large scale,” as the Court of Appeals held. Robinson #2, supra.

The Supreme Court decision came down after Harrison had filed his appeal but before his attorney presented oral argument to the Court of Appeals. When Robinson’s lawyer argued the case, he distinguished Robinson #2 from the Harrison case on the grounds that Robinson was prosecuted under Ohio Revised Code § 2909.04(A)(3) but Harrison was prosecuted under Ohio Revised Code § 2909.04(A)(1). Robinson #1, supra. This is what the two sections provide:

(A) No person, purposely by any means or knowingly by damaging or tampering with any property, shall do any of the following:

(3) Substantially impair the ability of law enforcement officers, firefighters, rescue personnel, emergency medical services personnel, or emergency facility personnel to respond to an emergency or to protect and preserve any person or property from serious physical harm.

That, I hope, puts the Supreme Court’s decision into context. After reviewing all the facts in the case and applying the third section of the statute quoted above, the Ohio Supreme Court held that

we hold that the damaging of a single private telephone or cellular telephone constitutes a violation of [Ohio Revised Code § 2909.04(A)(3)] if the conduct substantially impairs the ability of law-enforcement officers, firefighters, rescue personnel, emergency-medical-services personnel, or emergency-facility personnel to respond to an emergency or to protect and preserve any person or property from serious physical harm.

In the Harrison case, the prosecution claimed the Supreme Court’s decision in Robinson was controlling precedent, i.e., it settled that a conviction under § 2909.04(A) could be based on someone’s damaging or destroying a single cell phone. State v. Harrison, supra. In his oral argument to the Court of Appeals, Harrison’s lawyer argued that

The Court of Appeals then affirmed Harrison’s conviction:

One of the Court of Appeals judges dissented: He noted, first, that when § 2909.04 is examined in context, it’s clear that it is intended to criminalize “substantial” or “serious” interference with technology used to communicate with police and other emergency personnel. State v. Harrison, supra. The dissenting judge then explained that the

If you can be convicted of disrupting public services based on damaging or destroying a cell phone, I assume you could also be convicted of this crime for damaging or destroying a computer. Since the Harrison court didn’t have any facts to work with, it seems to me they essentially, and categorically, held that destroying one device that can connect to a mass communication service constitutes a violation of the statute.

This seems like a pretty simple plea bargain off of an assault case. Likely an unsympathetic victim who didn't want to testify. As a former assault-family violence prosecutor, I can tell you we used similar statutes to prosecute people who (also) interfered with 911 calls in similar ways. I don't know why you say the Harrison court had no facts to work with; when prosecution and defense write their appellate briefs, they always include a statement of the facts of the case. Just because the court did not include them in the opinion, albeit strange, doesn't mean they didn't know what the facts were.

Thanks for the comment putting the charge in context. I assumed something similar to the Robinson case was going on here, since I was pretty police didn't just arrest him for breaking a cell phone.

As I think I mentioned in the post, the Court of Appeals says in its opinion that "[i]n the case before us, we do not know what particular actions Harrison took to render a cell phone inoperable". . . so I assumed they didn't know much about the facts . . . perhaps because it was a no contest plea. That would seem to leave only an issue of law.

Dear Professor Brenner,
I really enjoyed this case, and I'd like to tell you that we do have the exact crime you've written about "Disrupting Public Services" in our Criminal Code (Iranian Islamic Criminal Code)and also we do have this crime [Disrupting] against individual properties and services too. I'm not sure if disrupting individual properties or services is a crime in the US or no.
I'll find the exact translation of these articles and send you if you are interested in.

Armil@phone providers in my area said...

Disrupting public service is really a serious thing to deal about. It is something that needs an attention. So we need to be aware about this one.