The Wiretap Act, Divorce and Auto-forwarding 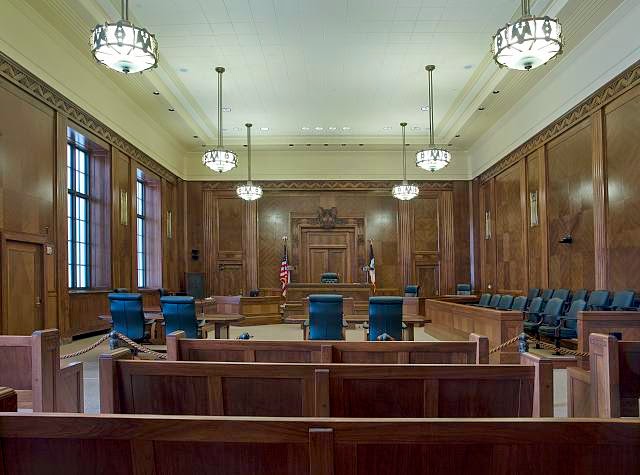 On December 3, 2010, Annabelle Zaratzian filed a civil suit against Adel Ramsey Abadir and Larry M. Carlin, asserting claims “under 18 U.S. Code § 2510 et seq. (the ‘Wiretap Act’), 18 U.S.C. § 2701 et seq. (the `Stored Communications Act’ or `SCA’),” and for conspiracy to violate those Acts under 42 U.S. Code § 1985(3), as well as several claims under New York state law.  Zaratzian v. Abadir, 2014 WL 4467919 (U.S. District Court for the Southern District of New York 2014).
After the litigation had gone through various early steps, the two defendants filed motions for summary judgment on their behalf and Zaratzian then filed a motion for summary judgment on her behalf. Zaratzian v. Abadir, supra. This post examines the judge’s analysis and ruling on those motions, at least as they involve the Wiretap Act.
The judge who has the case begins his opinion by explaining how the litigation arose:
Zaratzian and Abadir married in 1993, separated in 2005, and, following contentious matrimonial litigation, divorced in 2006. . . . Zaratzian and Abadir entered into a `marital separation agreement,’ dated December 19, 2006. . . . The post-divorce period was acrimonious, including litigation in the Westchester County Family Court regarding child custody and related issues.
On August 30, 2001 -- while the couple was still married -- Abadir opened a Cablevision `Optimum Online’ account for internet and email service. Because Zaratzian was unfamiliar with computers, on April 10, 2003, Abadir configured an email account for Zaratzian (azaratzian@optonline.net) and set her password. Abadir thus had access to Zaratzian's email messages and her account settings, including an email-forwarding setting which, if enabled, automatically forwards all incoming email to a designated email address.

Abadir enabled the `auto-forwarding’ function at some point before the couple's separation in September 2005, causing all incoming emails sent to Zaratzian atazaratzian@optonline.net to be automatically forwarded to Abadir at his email address, rabadir@optonline.net. Abadir testified that when he activated the auto-forwarding function, he told Zaratzian he was doing so to avoid missing notifications about their children's extracurricular activities, and Zaratzian agreed to it. Zaratzian denies this. Abadir maintains he discussed the function with Zaratzian at the time he enabled it, but agrees there were no subsequent conversations about it. When Abadir was asked at his deposition if emails forwarded from Zaratzian's account to his account included electronic communications with third parties, including Zaratzian's attorneys, he conceded they did.

Sometime after the couple separated, Zaratzian took over the Cablevision account, and the name associated with the account was changed from Abadir's to Zaratzian's on November 14, 2005. . . .

Because Abadir's account was no longer active, Zaratzian began receiving error messages stating `Delivery Notification: Delivery has failed.’ She dismissed these messages as `spam’ until she examined a series of them on June 27, 2010, and observed the error messages related to Abadir's email address. Zaratzian again contacted Cablevision and learned her email account had been set to automatically forward her incoming emails to rabadir@optonline.net.

One of the emails automatically forwarded to Abadir was a June 3, 2009, email from Zaratzian's accountant with Zaratzian's 2008 federal and state income tax returns attached. On May 18, 2010, Abadir sent his divorce attorney, defendant Larry M. Carlin, an email with Zaratzian's 2008 tax returns attached. The email's subject line was `Annabelle 2008 RETURN & AUTHORIZATION FORM,’ and the body of the email contained the message `Enclosed are materials that may be useful. Ramsey.’ . . .

In October 2010, during a Family Court proceeding relating to the parties' respective finances, Carlin claimed Zaratzian earned $400,000 per year. Zaratzian argues this statement was based on information gleaned from her 2008 tax returns, which Abadir surreptitiously acquired in June 2009 via the email auto-forwarding function.

Carlin testified he only learned Abadir had been receiving copies of Zaratzian's emails in December 2010 when he was served with Zaratzian's original complaint in this action. Zaratzian contends she has submitted evidence of other incidents showing Carlin knew or had reason to know about the auto-forwarding.
Zaratzian v. Abadir, supra.
As noted above, in this opinion the judge is ruling on the various parties’ motions for summary judgment. As Wikipedia explains, summary judgment is based on a judge’s finding that
The judge explained that Zaratzian asserted claims against Abadir and Carlin under the
Wiretap Act. `Through the enactment of [the Electronic Communications Privacy Act (`ECPA’)], Congress amended the Federal wiretap law in order to “update and clarify Federal privacy protections and standards in light of dramatic changes in new computer and telecommunications technologies.”’ Hall v. EarthLink Network, Inc., 396 F.3d 500 (U.S. Court of Appeals for the 2d Circuit 2005) (quoting Sen. Rep. No. 99–541, at 1 (1986)). . . .
Subject to certain exceptions, anyone who `intentionally intercepts, endeavors to intercept, or procures any other person to intercept or endeavor to intercept, any wire, oral, or electronic communication’ has violated the Wiretap Act. 18 U.S. Code § 2511(1)(a); see also id. § 2520 (providing private right of action).
Zaratzian asserts claims against Abadir for intercepting her email communications under Section 2511(1)(a), and for disclosing and using the contents of the allegedly intercepted communications under Sections 2511(1)(c) and 2511(1)(d), respectively.

Under the Wiretap Act, it is also unlawful intentionally to disclose or use, or endeavor to disclose or use, `the contents of any wire, oral, or electronic communication, knowing or having reason to know that the information was obtained through the interception of a wire, oral, or electronic communication in violation of [Section 2511].’18 U.S. Code §§ 2511(1)(c), 2511(1)(d).

Zaratzian also asserts claims against Carlin for disclosing and using the contents of the allegedly intercepted communications under Sections 2511(1)(c) and 2511(1)(d).
Zaratzian v. Abadir, supra.
Abadir and Carlin argued, in their motions, that “Zaratzian's Wiretap Act claims should be dismissed because the automatic forwarding of emails does not constitute an interception under the Act.” Zaratzian v. Abadir, supra. The judge therefore noted that
`[i]ntercept’ is defined by the Act as `the aural or other acquisition of the contents of any wire, electronic, or oral communication through the use of any electronic, mechanical, or other device.’ 18 U.S. Code § 2510(4). `[E]lectronic communication means any transfer of signs, signals, writing, images, sounds, data, or intelligence of any nature transmitted in whole or in part by a wire, radio, electromagnetic, photoelectronic or photooptical system that affects interstate or foreign commerce.’ Id. § 2510(12). . . .

At least two courts in this District have adopted this `narrow’ definition of `intercept.’ Snyder v. Fantasy Interactive, Inc., 2012 WL 569185 (U.S. District Court for the Southern District of New York, 2012); . . . Pure Power Boot Camp, Inc. v. Warrior Fitness Boot Camp, LLC, 759 F. Supp. 2d 417, 430 (U.S. District Court for the Southern District of New York 2010). . . . Assuming, without deciding, that an interception must be contemporaneous with the communication to violate the Wiretap Act, the Court concludes the interception at issue here—the auto-forwarding of emails received by Zaratzian's email account to Abadir's email account—satisfies that standard.
Zaratzian v. Abadir, supra.
The judge went on to explain that in U.S. v. Szymuszkiewicz, the U.S. Court of Appeals forthe 7th Circuit addressed
substantially the same issue before the Court—whether a Microsoft Outlook rule `that directed Outlook to forward to [the defendant] all messages [his supervisor] received’ was a contemporaneous interception under the Wiretap Act. 622 F.3d 701 (2010)  The Seventh Circuit held it was contemporaneous, rejecting the defendant's attempt to analogize an individual intercepting electronic communications to a football player `catching a thing in flight,’—the same analogy offered by defendants here. The Seventh Circuit held the defendant's analogy was inapt because `contemporaneous’ does not mean `in the middle,’ and `for email there is no single “thing” that flies straight from sender to recipient.’ Id. Rather, `[t]here are only packets, segments of a message that take different routes at different times.’ Id. at 705.

Id. at 706 (emphasis added).
The Court agrees with the Seventh Circuit's commonsense application of the contemporaneity requirement in a case with materially identical facts. Here, too, whether it was the server or Zaratzian's computer that made the copies that were transmitted to Abadir, those copies were made `within a second of each message's arrival and assembly,’ and if both Zaratzian and Abadir were at their computers in the same moment, they each would have received the message `with no more than an eyeblink in between.’ Id. . . . The Court therefore concludes the automatic forwarding in question constitutes a contemporaneous interception of electronic communications under the Wiretap Act.
Zaratzian v. Abadir, supra.  The judge therefore granted Zaratzian’s partial motion for summary judgment “on the narrow issue of whether an interception of an electronic communication occurred.”  Zaratzian v. Abadir, supra.
The judge then took up the defendants’ argument that “Zaratzian consented to the interception of her email by `allow[ing] her husband to establish her e-mail account and set her password, . . . thus grant[ing] him wholesale authorization to access her account as he saw fit.’” Zaratzian v. Abadir, supra.  He began his analysis of the issue by noting that under the Wiretap Act,
an interception of an electronic communication is not unlawful when `one of the parties to the communication has given prior consent to such interception.’ 18 U.S. Code § 2511(2)(d). `Such consent may be express or implied.’ U.S. v. Willoughby, 860 F.2d 15 (U.S. Court of Appeals for the 2d Circuit 1988). `[I]mplied consent is “consent in fact[,]” which is inferred “from surrounding circumstances indicating that the [party] knowingly agreed to the surveillance.”’ Griggs–Ryan v. Smith, 904 F.2d 112 (U.S. Court of Appeals for the 1st Circuit 1990) (quoting U.S. v. Amen, 831 F.2d 373 (U.S. Court of Appeals for the 2d Circuit 1987)); see also Berry v. Funk, 146 F.3d 1003 (U.S. court of Appeals for the District of Columbia Circuit 1998) (`Without actual notice, consent can only be implied when [t]he surrounding circumstances . . .  convincingly show that the party knew about and consented to the interception’).

`[T]he parameters of consent may be circumscribed depending on the subtleties and permutations inherent in a particular set of facts[, and] a reviewing court must inquire into the dimensions of the consent and then ascertain whether the interception exceeded those boundaries.’ Griggs–Ryan v. Smith, supra. Defendants bear the burden of demonstrating the consent exception applies. See In re Pharmatrak, Inc., 329 F.3d 9 (U.S. Court of Appeals for the 1st Circuit 2003).

It is not genuinely disputed that Zaratzian permitted Abadir to open an Optimum Online email account for her, configure that account, and set her initial password. Zaratzian does, however, dispute the scope of that initial consent.
Zaratzian v. Abadir, supra.
Finally, the judge  agreed with Zaratzian that the scope of her consent was "an issue of fact." Zaratzian v. Abadir, supra.
The issue is not whether Zaratzian ever impliedly `revoked’ her consent, as defendants assert, but, rather, the scope of Zaratzian's consent and whether the interception here exceeded that consent. The Court is not persuaded the permission Zaratzian gave Abadir to set up her email account and choose a password for her constitutes `wholesale’ consent to Abadir reading her personal emails in perpetuity, as a matter of law. Therefore, defendants have not shown the absence of a genuine issue of material fact regarding Zaratzian's consent to the interception. . . .
Zaratzian v. Abadir, supra.


So the judge denied Abadir's motion for summary judgment on Zaratzian's Wiretap Act claims and Zaratzian's motion for partial summary judgment on the issue of consent”.  Zaratzian v. Abadir, supra.  That means those issues will have to be determined at the eventual trial. Zaratzian v. Abadir, supra.  The news stories you can find here and here provide a little more information on the facts in the case.
Posted by Susan Brenner at 8:27 AM