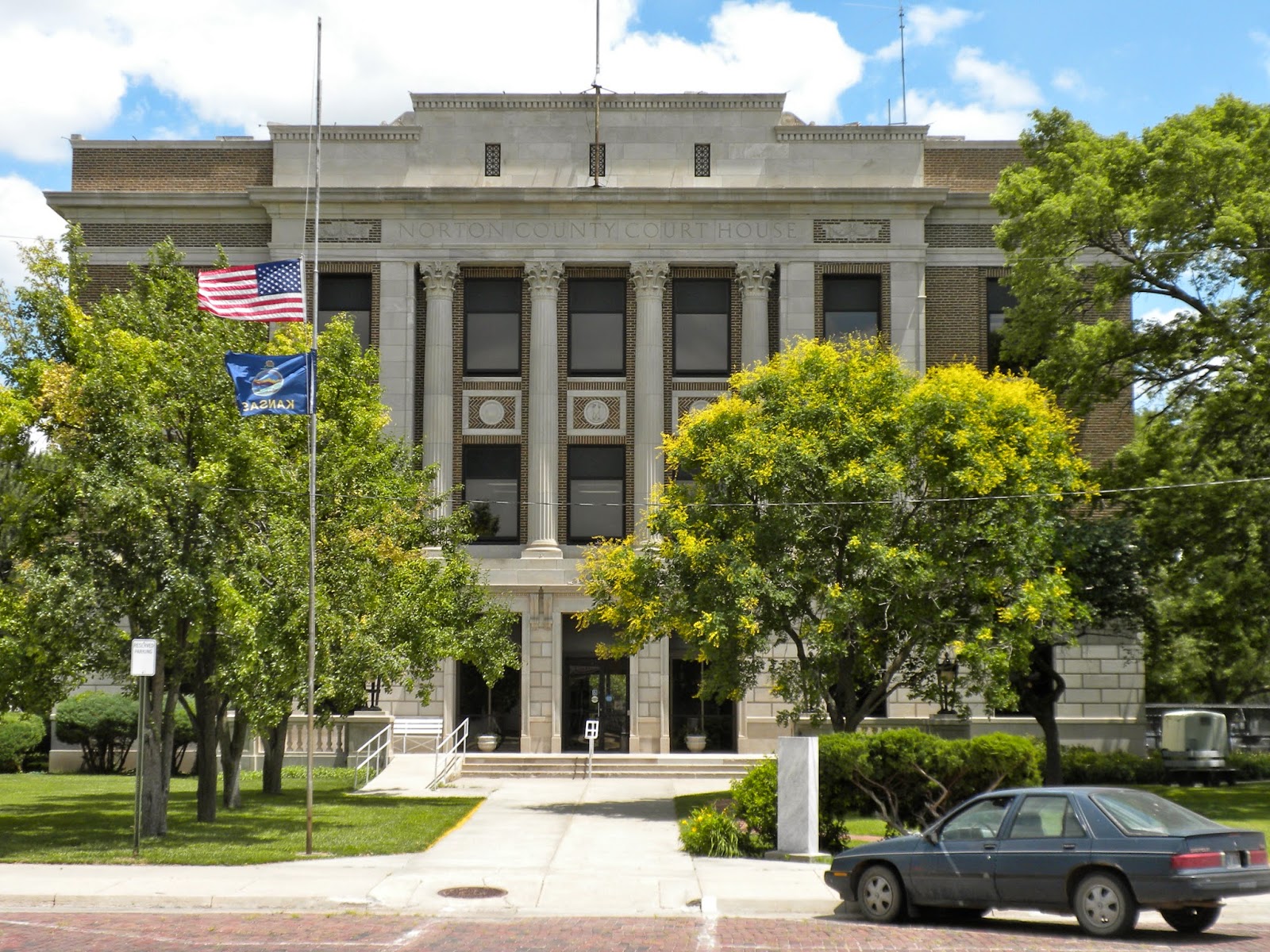 After William Lance McGowan was convicted of “aggravated indecent liberties with a child and aggravated indecent solicitation of a child” in violation of Kansas law and sentenced to “life without the possibility of parole for 25 years, plus lifetime postrelease supervision if McGowan is released from prison”, he appealed.  State v. McGowan, 2014 WL 4231229 (Court of Appeals of Kansas 2014). There was also another aspect to his sentencing, which I will address later in this post.
According to the opinion, the prosecution arose after “the mother of the child he ultimately was convicted of sexually abusing” told her “mother about what had been going on” and “the mother contacted the police.”  State v. McGowan, supra.  When
the child was interviewed by a social worker, she said McGowan had shown her pornographic videos on his computer involving Beauty and the Beast, Pocahontas, and the Little Mermaid. She said she sat on McGowan's lap and she could feel McGowan's penis while she was sitting on his lap; she described it as squishy but said sometimes it felt hard.

At times, McGowan would rub his penis against her buttocks while she was sitting on his lap. She said McGowan used anatomically correct dolls to simulate sex acts and then asked her to engage in sex acts, but she refused. She told the social worker McGowan asked to put his fingers in her `wussy,’ asked her to kiss his penis, licked her breasts, placed his hand on her `wussy’ inside her clothing, and licked her `wussy.’
State v. McGowan, supra.  The child testified at trial and a “video and a transcript of her” interview by social worker were also admitted into evidence. State v. McGowan, supra.
And McGowan testified at his trial, admitting to
viewing pornographic websites on his home computer as a way to test whether his spyware could shut down virus-type activity. He admitted being familiar with a video called the `Dirty Little Mermaid’ in which the mermaid expresses her disappointment about not being able to have sex, but he denied watching this video, or any other pornographic video, with the child.

He admitted that the child sat on his lap while he played computer games, but he denied having an erection when this occurred. He admitted kissing the child on the mouth but denied touching the child in a sexual manner.

Further, he denied knowing that there was a story of grooming a child for sexual activity on his computer. McGowan was familiar with the concept of sexual grooming from his background in clinical psychology and his training regarding sexual abuse.
State v. McGowan, supra.
At the trial,
Kansas Bureau of Investigation Special Agent John Kite testified about his search of McGowan's computer. He found files relating to Internet sites which had been deleted. On the pornographic websites he discovered, Kite found past searches using the key words `Disney gals’ and `Dirty Little Mermaid.’

When searching for the term `beauty,’ Kite found a text narrative that described a man showing videos of sexual activity between adults and children to an 11–year–old girl in order to precondition her for sex acts with him.
State v. McGowan, supra.
On appeal, McGowan argued, first, that
the district court should have suppressed the pornographic text file found on his computer. He contends the language of the search warrant restricted the officers to a search for photographs, videos, and images, not text files. But he also argues, to the contrary, that the warrant that encompassed this text file was too broadly drawn.
State v. McGowan, supra.
The Court of Appeals began its analysis of McGowan’s arguments by noting that
there is no dispute regarding the facts surrounding the suppression issue. Thus, we have unlimited review over whether this evidence should have been suppressed.
State v. McGowan, supra.  It then went on to explain that the April 2009 search warrant
covered `[a]ny electronic data including files and images of a sexually explicit nature depicting Beauty and the Beast.’ Agent Kite discovered the narrative file describing the sexual grooming of a child.

McGowan argues the warrant covered photos, videos, and images but not text files. The State argues that because the April 2009 search warrant uses the word `depict,’ this encompasses both visual representations and narrative descriptions such as the one found by Agent Kite.

We are not persuaded by McGowan's argument that the word `depicting’ in the warrant cannot mean anything other than to `convey the concept of pictorial images.’ A common definition of the word `depict’ is `to represent in words.’ See Webster's II New College Dictionary 310 (3d ed. 2005). Further, a text file falls within the purview of `any electronic data’ including files of a sexually explicit nature.

Finally, it makes no sense for the warrant to include the word `files’ as well as the phrase `images of a sexually explicit nature’ if the issuing magistrate did not anticipate the search would include text files as well as images. The fact that the second search warrant was restricted to photographs, videos, and images does not nullify the language contained in the first warrant.
State v. McGowan, supra.
The Court of Appeals explained that
‘”[W]arrants, and their supporting affidavits, are to be interpreted in a common-sense, rather than a hypertechnical, fashion’”. State v. Ames, 222 Kan. 88, 563 P.2d 1034 (Kansas Supreme Court 1977). Using a common-sense approach to defining the scope of the warrant, we conclude the text file seized falls within the four corners of the warrant.
State v. McGowan, supra.
The Court of Appeals began its response to McGowan’s argument by noting that
[o]n McGowan's alternative argument, we conclude the warrant was not too broadly drawn. As stated in State v. Francis, 282 Kan. 120, 126, 145 P.3d 48 (Kansas Supreme Court 2006):

`The requirement that warrants shall particularly describe the things to be seized prevents the seizure of one thing under a warrant describing another. [Citations omitted.]

The constitutional standard for particularity of description in a search warrant is that the language be sufficiently definite to enable the searcher reasonably to ascertain and identify the things authorized to be seized. [Citation omitted.] Hence, the specificity required hinges on the circumstances of each case. [Citation omitted.]’
State v. McGowan, supra.
The court went on to explain that
[w]hen the police search a computer they “`cannot simply conduct a sweeping, comprehensive search of a computer's hard drive.”’ State v. Rupnick, 280 Kan. 720, 125 P.3d 541 (Kansas Supreme Court 2005) (quoting U.S. v. Walser, 275 F.3d 981 [U.S. Court of Appeals for the 10th Circuit 2001]. . . .

The search warrant must describe the things to be seized with sufficient particularity so the officers conducting the search are clear as to what it is they are seeking and, therefore, they search the computer in a way that avoids searching files of types not identified in the warrant. U.S. v. Walser, supra.

The test is one of practical accuracy rather than one of technical sufficiency, and absolute precision is not required in identifying the property to be seized. See State v. Rupnick, supra.

For example, when the defendant is being investigated for drug crimes, the police cannot introduce into evidence pornography found on the defendant's computer that was not covered by the warrant. U.S. v. Walser, 275 F.3d at 984. U.S. v. Carey, 172 F.3d 1268 (U.S. Court of Appeals for the 10th Circuit 1999).

But here, McGowan was being investigated for molesting a child, and the text file that was discovered specifically related to the crime under investigation. The language of the warrant restricted the search to electronic data of a sexually explicit nature that related to several specifically articulated scenarios.

The text file depicting an adult male showing a video to a young girl and soliciting her to perform sex acts was specifically related to the allegations made by the child in this case. Unlike the warrant issued in the case relied upon by McGowan, Crowther v. State, 45 Kan.App.2d 559, 566–67, 249 P.3d 1214 (Kansas Court of Appeals), rev. denied 293 Kan. 1105 (Kansas Supreme Court 2011), the warrant in our present case did not authorize the police to conduct a roving search of McGowan's computer files.
State v. McGowan, supra.  The court therefore held that the trial judge “correctly denied McGowan’s motion to suppress.”  State v. McGowan, supra.
Finally, McGowan appealed the district court judge’s sentencing him to “lifetime electronic monitoring,” in addition to the penalties noted above. State v. McGowan, supra.  As the Court of Appeals explained,
[t]he district court did not order lifetime electronic monitoring during any period of postrelease supervision when the court orally pronounced McGowan's sentence at trial. Nevertheless, this added provision found its way into the final journal entry of judgment.

The box calling for lifetime electronic monitoring appears to have been checked, probably by court services, before the journal entry was submitted to the court for signature.

The State recently supplemented the record with a nunc pro tunc order correcting this error, so the issue is now moot.
State v. McGowan, supra.


This brief news story reported McGowan’s sentencing.
Posted by Susan Brenner at 8:55 AM