Roller Derby, Stalking and the Injunction 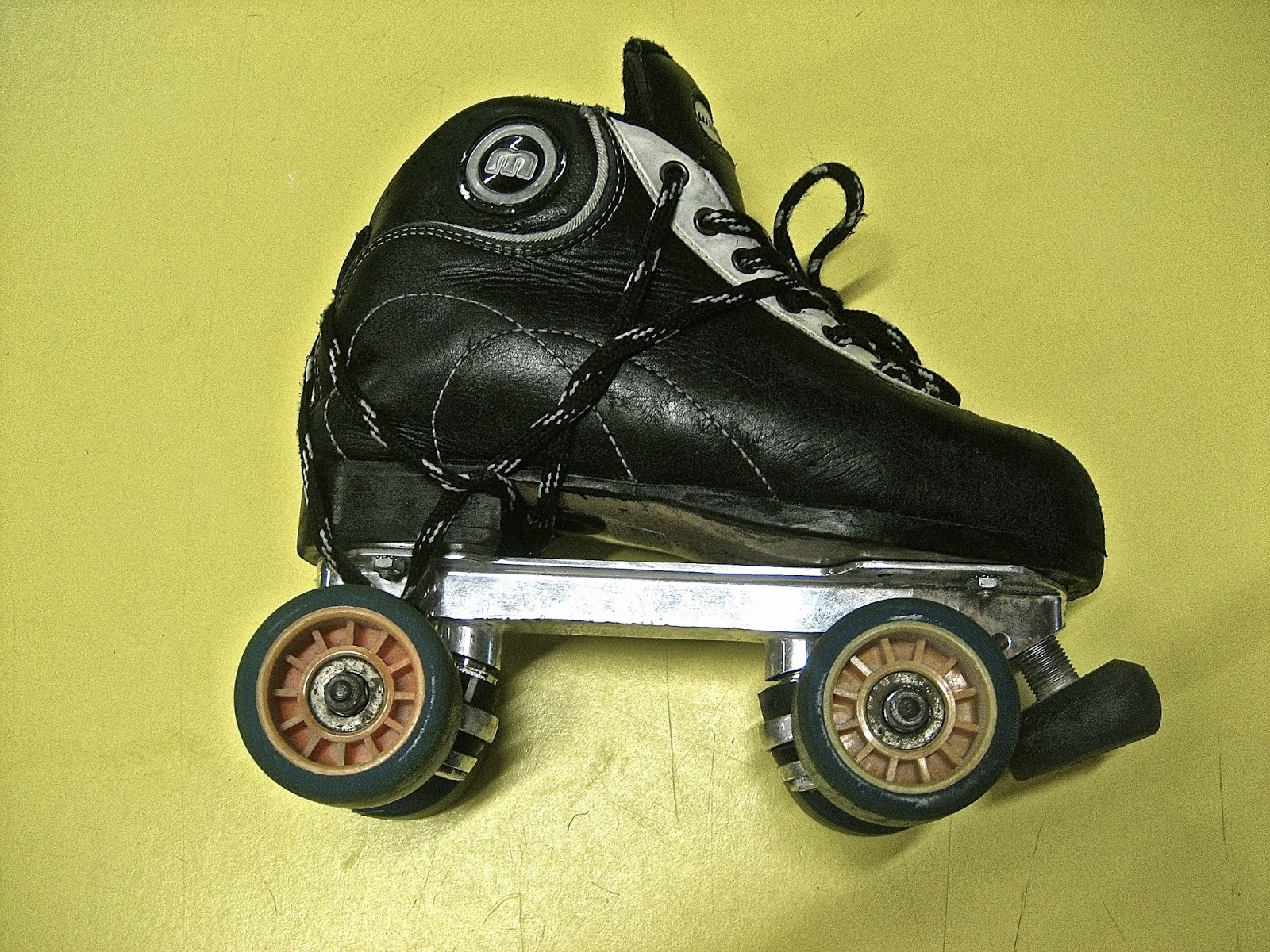 This post examines an opinion in which a division of the California Court of Appeals reviews a trial judge’s granting “an injunction protecting Tiana McGuire from Christie Hathcock (California Code of CivilProcedure (§ 527.6)”.  McGuire v. Hathcock, 2014 WL 1293817 (2014).
Hathcock appealed the granting of the injunction, claimingit was based on “insufficient evidence.”  McGuire v. Hathcock, supra.
The Court of Appeals began its analysis of the parties arguments by reviewing how the case arose:
McGuire skates in the B.ay A.rea D.erby Girls roller derby league under the name `Demanda Riot.’ Riot is well known in the roller derby community, wears distinctive face paint, and has a fan club.

Hathcock is a fan of roller derby and of Riot. In 2012 and 2013, Hathcock made numerous posts on her Facebook page: (1) expressing her love for Riot; (2) describing how she followed Riot on social media; and (3) recounting a dream she had about Riot where they were `lying head to head in a field of popp [ies] singing “You are the wind beneath my wings”. . . .’

In some posts, Hathcock referred to herself as a stalker and joked about how Riot should obtain a restraining order against her. Hathcock also posted on Riot's Facebook fan page and made a `tribute to Demanda Riot video.’

Hathcock told McGuire's friends she was ‘”obsessed”’ with Riot and ‘”wanted to have Demanda's babies.”’ In an email to McGuire, Hathcock acknowledged she made McGuire `uncomfortable’ and that they had some `weird and awkward moments.’

Hathcock learned McGuire worked at a coffee shop and began `show[ing] up’ almost daily -- visiting the coffee shop `fifty or so times’ -- and staring at McGuire `from across the room.’ In addition, Hathcock attended McGuire's roller derby team tryouts, practices, and tournaments. She watched McGuire take a yoga class and `star[ed] through the window at [her]’” She also followed McGuire on a BART train.
McGuire v. Hathcock, supra.
In March of 2013, McGuire
requested an injunction requiring Hathcock to stay 100 yards away from her and her roller derby practice facility. In her request (Form CH–100), McGuire stated, `Hathcock is a derby fan who initially approached me after watching a [roller derby] bout [and] then started showing up daily at my work.’

As McGuire explained, Hathcock had `been showing up to my place of employment . . . [s]he also has been stalking me online, on Facebook & Twitter as well as contacting family/friends/teammates regarding me via email.’ McGuire alleged she felt `uncomfortable and annoyed by the continued stalking’ and feared Hathcock's `adoration will turn to hate.’

The injunction request attached: (1) Hathcock's numerous posts on social media about Riot; (2) correspondence initiated by Hathcock to McGuire and to McGuire's friends and family; and (3) statements from McGuire's friends and family describing Hathcock's pursuit of Riot.
McGuire v. Hathcock, supra.
Hathcock filed a “lengthy opposition” to which she attached “numerous supporting documents”.  McGuire v. Hathcock, supra.  In it, Hathcock denied

stalking McGuire. She claimed she had an `innocuous crush[ ]’ on Riot and was `pursu[ing] roller derby[,]’ not harassing McGuire. Hathcock also explained why she contacted McGuire.

Both parties testified at the hearing on the request for an injunction. McGuire stated she believed she was `being stalked by Miss Hathcock, being followed at [her] place of business as well as online and at [her] events’” In response, Hathcock explained her version of the events.
McGuire v. Hathcock, supra.
At the end of the hearing, the judge
issued a one-year injunction requiring Hathcock to stay 100 yards away from McGuire, her workplace, and her vehicle (Form CH–130 (§ 527.6)). The court indicated it understood Hathcock's position, but determined her behavior seemed like `an obsession.’
McGuire v. Hathcock, supra.
The Court of Appeals began its analysis of the case by explaining that the California
Legislature enacted section 527.6 “’to protect the individual's right to pursue safety, happiness and privacy as guaranteed by the California Constitution.” . . . It does so by providing expedited injunctive relief to victims of harassment.’ Thomas v. Quintero (2005) 126 Cal.App.4th 635, 648.

Section 527.6 enables `[a] person who has suffered harassment’ -- defined as `unlawful violence, a credible threat of violence, or a knowing and willful course of conduct directed at a specific person that seriously alarms, annoys, or harasses the person, and that serves no legitimate purpose’ — to `seek a temporary restraining order and an injunction prohibiting harassment as provided in this section.’ (§ 527.6, subd. (a)(1), (b)(3).)

`The course of conduct must be such as would cause a reasonable person to suffer substantial emotional distress, and must actually cause substantial emotional distress’ to the party seeking the injunction. (§ 527.6, subd. (b)(3).) A judge may issue an injunction pursuant to section 527.6 upon `clear and convincing evidence that unlawful harassment exists[.]’ (§ 527.6, subd. (i).)

We uphold the injunction if there is any reasonable, credible evidence, contradicted or uncontradicted, supporting the court's findings and order. (See Schild v. Rubin (1991) 232 Cal.App.3d 755, 762 (Schild). `In assessing whether substantial evidence supports the requisite elements of willful harassment, as defined in . . . section 527.6, we review the evidence before the trial court in accordance with the customary rules of appellate review.

We resolve all factual conflicts and questions of credibility in favor of the prevailing party and indulge in all legitimate and reasonable inferences to uphold the finding of the trial court if it is supported by substantial evidence which is reasonable, credible and of solid value.’ (Schild v. Rubin, supra.)
McGuire v. Hathcock, supra.
The Court of Appeals then applied these standards to the facts in this case, noting that
Hathcock contends there was insufficient evidence she exhibited a `knowing and willful course of conduct’ directed at McGuire that `seriously alarm[ed], annoy [ed], or harasse[ed]’ McGuire, and that `serve[d] no legitimate purpose.’ (§ 527.6, subd. (b)(3).)

Substantial evidence demonstrates Hathcock engaged in a `pattern of conduct composed of a series of acts over a period of time . . . evidencing a continuity of purpose, including following or stalking [McGuire] . . . or sending harassing correspondence to [McGuire] by any means, including, but not limited to, the use of public or private mails, . . . or computer email. . . .’ (§ 527.6, subd. (b)(1).)
McGuire v. Hathcock, supra.
The Court of Appeals also rejected
Hathcock's claim that there was insufficient evidence her conduct `”seriously” alarmed, annoyed or harassed [McGuire] to the extent that the conduct “actually cause[d] substantial emotional distress” and would have done so to a reasonable person. (Schild, supra).

At the hearing on the injunction, McGuire testified she `dreaded coming to work’ and felt `anxious daily’ when Hathcock `show[ed] up’ at her `place of employment for three months straight[.]’ McGuire explained she was relieved when she was terminated from her job at the coffee shop because `at least Miss Hathcock wouldn't be an unwanted part of [her] daily life any longer.’

Additionally, McGuire testified she felt `concern[ed] for her personal safety’ when she saw Hathcock watching her practicing yoga. She stated she felt an injunction was necessary `to secure [her] safety.’ In an email to McGuire, Hathcock conceded she made McGuire `uncomfortable.’

This evidence is more than sufficient to support the conclusion that Hathcock's conduct constituted harassment because it `seriously alarm[ed]’ and “annoyed” McGuire and actually caused her substantial emotional distress and would cause a reasonable person such distress. (§ 527.6, subd. (b)(3); Brekke, supra, 125 Cal.App.4th at 1413) [`defendant's letters and actions were ‘harassment’ under section 527.6].)