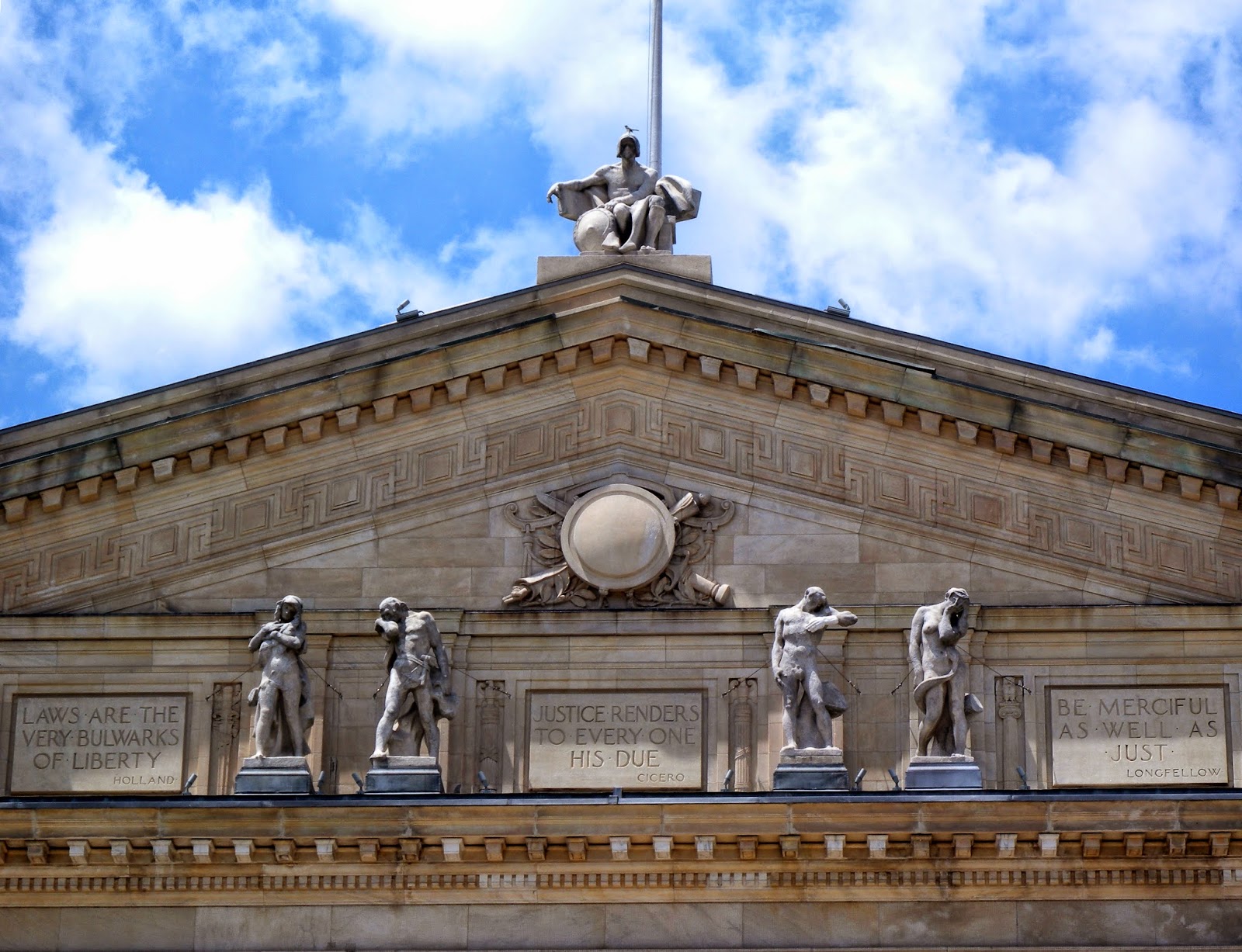 The first such message was in the form of a tweet stating, `remember the COP that took u 2 the HOOKAH bar n da summer? He said good looking out 4 da happy ending HOOKer!!!’ Within minutes, the victim received another tweet from the same user, `stop looking 4 all these dudes 2 be ur daddy. . . . they just wanna nut all n dat fat azz . . .DatS ALL!!’ Several minutes later, that user tweeted to someone else, `[t]his TRICK [D.W.] is a MAJOR WHORE n the tri state area. . . .’

Over the next several minutes, D.W. received several more tweets from the same user that insinuated that she was a prostitute.

At 9:06 a.m., D.W. received a tweet from the user, which was also sent to four other Twitter subscribers. The tweet provided an embedded link to a video hosted by TwitVid.com, a service that provides a means for Twitter users to share videos.

The tweet also contained the symbol `<—‘ pointing to D.W.'s username, implying that the video was with reference to her. Upon viewing the video, D.W. recognized herself and her bathroom and the male voice off camera as belonging to defendant. D.W. was not aware that defendant had videotaped her and did not know such a video existed until seeing it on Twitter.
State v. Brown, supra.
That triggered an investigation:
After obtaining [Brown’s] cell phone number from the victim, Detective Bolan of the Cyber Crimes Unit in the Essex County Prosecutor's Office obtained a communications data warrant (CDW) for Twitter account information relating to the user.
Twitter responded that the account was created on January 26, 2011, at 7:10 p.m. from a certain IP address. Using DomainTools, a publicly available directory of IP addresses, Bolan found that the IP address was registered to Research in Motion (RIM) Technologies, now known as Blackberry.

Using the IMSI number provided by T–Mobile, Blackberry responded to the subpoena by advising that on January 27, 2011, a Blackberry device at the IP address 74.82.68.16 provided by Twitter, downloaded the TwitVid application (app) from Blackberry App World. Blackberry also responded by identifying an email address associated with the account.
Using the information received from Blackberry, Detective Bolan served a subpoena on Microsoft, operator of the msn.com domain, requesting subscriber information on that email address. The response from Microsoft revealed that the account belonged to a `Gerald Brown.’
State v. Brown, supra.  In a footnote, the court explains that
[a]n IMEI identifies a user's mobile handset number; it remains constant so long as the SIM (Subscriber Identification Module) card is not changed, and the IMSI identifies `the user's country code, user account, network code and telephone number.’ Jen Manso, Cell–Site Location Data and the Right to Privacy, 27 Syracuse Sci. & Tech. Rep. 1, 4 n.15 (2012).
State v. Brown, supra.
The Appellate Division then explained that the
issue before the Law Division was whether the State needed an expert to explain that document trail to the jury. [Brown] asserted that the information collected in response to the CDW and subpoenas pertained to internet-working protocols and applications that were extremely technical and outside the ken of the average juror, thus requiring an expert to explain the links.

The State maintained that expert opinion was unnecessary as it did not intend to have Bolan provide an opinion conclusively linking [Brown] to the Twitter account or the video. Instead, Bolan would testify to the steps she took in conducting her investigation and the business records obtained in response to the CDW and subpoenas. The State maintained that Bolan would do no more than provide the circumstantial links from which the jury could draw a conclusion.
State v. Brown, supra.
The opinion then notes that the trial judge “did not conduct a Rule 104 hearing or hear oral argument on the motion”, which was essentially the basis of Brown’s argument, at trial and on appeal. State v. Brown, supra.  That is relevant because Rule 104(a) of the New Jersey Rules of Evidence states that
[w]hen the qualification of a person to be a witness, or the admissibility of evidence, or the existence of a privilege is subject to a condition, and the fulfillment of the condition is in issue, that issue is to be determined by the judge. In making that determination the judge shall not apply the rules of evidence except for Rule 403 or a valid claim of privilege. The judge may hear and determine such matters out of the presence or hearing of the jury.
If you are interested, the blog post you can find here explains more about Rule 104 hearings.
Instead of holding a Rule 104 hearing, the trial judge reviewed the briefs submitted by  both sides and then issued a written opinion, “relying predominantly on out-of-state cases”, in which he explained that
[e]xtensive and diligent research performed by both parties, and supplemented by the Court's own research, has failed to uncover any cases from inside or outside this jurisdiction that are directly on point. Nonetheless, the Court finds U.S. v. Ganier, 468 F.3d 920 (U.S. Court of Appeals for the 6th Circuit 2006) somewhat instructive.

In Ganier, the court determined that an expert was required to testify about his use of forensic software to determine what searches were run on three different computers. Id. at 923. The Court reasoned that `[s]oftware programs such as Microsoft Word and Outlook may be as commonly used as home medical thermometers, but the forensic tests Drueck ran are more akin to specialized medical tests run by physicians.’ Id. at 926.

This Court acknowledges that the fast pace of technological advancements lessens the persuasiveness of Ganier which was decided in 2006. Technology that was new and evolving in 2006 may be commonplace in 2013. Nonetheless, this Court finds that the issues involved in this case (IP addresses and advanced networking protocols used by mobile device applications, RIM networks, and T–Mobile) are more akin to specialized medical tests and the use of forensic software to find information about computer searches, and less akin to the output of popular software programs such as Microsoft Word and Outlook. Id. at 926.

After poring over these records, and aided by both parties' written submissions, this Court has experienced significant difficulty and confusion in attempting to discern exactly how the records link the Defendant to the particular video in question. The Court finds that the concepts required to establish this inferential link are `so esoteric that jurors of common judgment and experience cannot form a valid judgment’ about whether or not [Brown] uploaded this video. Butler v. Acme Markets, Inc., [89 N.J. 270,] 283 (New JerseySupreme Court 1982)].

The Court has broad discretion to determine whether or not this subject-matter is beyond the ken of the average juror. The fact that this Court, with the luxury of time and written explanations, struggled mightily to understand the technical subject-matter demonstrates the complexity of these issues. Therefore, an expert witness is required.
State v. Brown, supra.
The fact that the trial judge relied “primarily” on cases from other states was at least potentially problematic because, if a statute does not explicitly apply to an issue, U.S. courts, both state and federal, rely on precedent as authority.  And as this short article from the Georgetown University Law Center notes, prior decisions only act as binding precedent on a trial court judge if they were issued by a higher court in that state.  The article explains that and has a chart that outlines the scope of precedential decisions.
Basically, here, the Appellate Division seems hesitant to defer to the trial judge’s analysis, at least in part, because it was based mostly on decisions issued by courts the ruling of which are not binding on a New Jersey trial judge, or on a New Jersey appellate court.
In the judge’s (potential) defense, judges usually rely on precedents from other states when they cannot find relevant precedential decisions from higher courts in their own states.  I do not, of course, know if that was the case here.
Perhaps for that reason, perhaps because of the potentially novel issue raised by this case, the Appellate Division chose not to weigh in on it, at least not at this stage.  Instead, it concluded
that we lack the record to definitively resolve this issue. Accordingly, we remand for a Rule 104 hearing to determine the nature and extent of the evidence the State seeks to introduce as part of Bolan's proffered testimony and whether she is qualified to give such evidence. See State v. McLean, 205 N.J. 438 (New Jersey Supreme Court 2011) (addressing lay and expert opinion in the context of drug prosecution); State v. Green, 417 N.J. Super. 190 (Appellate Division 2010) (holding that the court erred in concluding that defendant was not qualified to testify as an expert without conducting a hearing under New Jersey Rule of Evidence 104 to ascertain the factual testimony that would be offered and the opinions that would be expressed).

In addition, the court should address under New Jersey Rule of Evidence 901 the issue of the authentication of the documents the detective received in response to the CDW and the subpoenas she issued.

Reversed and remanded for further proceedings consistent with this opinion. We do not retain jurisdiction.
State v. Brown, supra.


While it is, at least for those of us who are interested in these issues, disappointing that the Appellate Division chose not to address this issue at this stage in the proceedings, it may well be the wisest choice.  It is, after all, reasonably certain that the trial judge will conduct the Rule 104 issue and draft a new decision, which will no doubt make its way back to the Appellate Division.
Posted by Susan Brenner at 8:46 AM