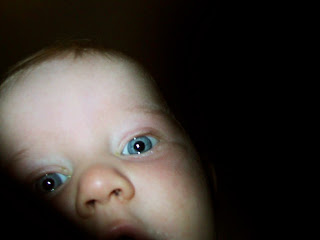 After a jury convicted her of “second-degree federal murder” and child abuse, and the judge sentenced her to twenty-five years in prison, Rebecca Christie appealed.  U.S. v. Christie, __ F.3d __, 2013 WL 2477252 (U.S. Court of Appeals for the 10th Circuit 2013). Christie was prosecuted in federal court because the death at issue, and the abuse leading up to it, all occurred on an Air Force base, which meant “federal authorities bore the responsibility to investigate and the power to prosecute.”  U.S. v. Christie, supra.


As to why Christie was charged with these crimes, the Court of Appeals began its opinion with this overview:


For Rebecca Christie, life must have seemed more virtual than real. She usually awoke around noon, settled in before her computer, and logged on to World of Warcraft for gaming sessions lasting well past midnight. There she assumed a new identity in a fantastical world filled with dragons and demons where players staged heroic adventures with and against other players.


All the while back in the real world Ms. Christie ignored the needs of her three-year-old daughter. The neglect didn't prove fatal so long as Ms. Christie's husband was around to provide some care. But nine days after her husband left for an out-of-state deployment, the child was dead from dehydration.


The opinion then describes the facts in the case in more detail, noting that Christie’s


child began life a healthy baby girl. But by twenty-one months, something appeared badly wrong. She plummeted to the bottom fifth percentile in weight for her age and began suffering from chronic diarrhea. A pediatrician prescribed PediaSure, a nutritional drink that helps children gain weight. That seemed to do the trick: the diarrhea soon stopped and BW (the district court and parties refer to the child by her initials) began gaining weight. By all appearances, she had turned a corner.


But even the best cure won't work if it isn't administered. And it seems Christie and her then-husband Derek Wulf, himself a zealous gamer, weren't up to the job. For her part, Christie would put BW to bed each night around 10 p.m., shut BW's door, and failed to retrieve the child until noon or later the following day. Because BW couldn't open the door herself, Christie effectively locked the child away without food or water for fourteen or more hours a day. Even when BW was free to seek food and water it appears little was available to her. . . . Christie's step-daughter (who visited on occasion) testified that Christie often wouldn't feed her or BW until noon and that BW's obvious hunger drove her to share her own food with BW.


Eventually, Wulf faced a deployment on the other side of the country. With the little care he provided BW now gone with him . . . the child was in trouble. . . . [S]he succumbed to dehydration in nine days. An autopsy revealed. . . . BW simply died from being ignored.


First responders confirmed this is exactly what they saw when they found the child. They testified that BW's lips were cracked and blue, her eyes glassy, and her eyelids so dry they couldn't close. They said bones protruded from her body and her gums had turned black.


U.S. v. Christie, supra.  (You can read a little more about the case in this news story.)


One of the issues Christie raised on appeal – and the only one this post examines – involved the 4th Amendment and her computer:


Much of the evidence presented at trial against Christie came from the computer she so prized. From their forensic analysis, FBI investigators learned Christie's online activities usually kept her busy from noon to 3 a.m. with little pause. They learned she was in a chat room only an hour before finding BW near death, and was back online soon afterwards.

They learned from Christie's messages to other gamers that she was annoyed by her responsibilities as a mother and `want[ed] out of this house fast.’ When Wulf was slated for deployment, she announced to online friends that she would soon be free to `effing party.’


(As Wikipedia explains, consent substitutes for the warrant required for officers to search and/or seize property.  And as I noted in an earlier post, to have authority to consent to the seizure of property, the person must be at least a co-owner of the property or police must reasonably believe he/she is a co-owner.)


The court found, first, that “it's hard to see a significant invasion of [Christie’s] 4th Amendment interests flowing from the” delay.  U.S. v. Christie, supra   It noted that while she was “its primary user and stored a great deal of personal data on the computer”, Wulf consented to its seizure and she “raised no objection to the seizure at the time or in the following weeks and months.” U.S. v. Christie, supra.  The court found that in “these circumstances, the government was entitled to assume . . . that any 4th Amendment interest in the computer's continued possession had been voluntarily relinquished. See, e.g., U.S. v. Matlock, 415 U.S. 164, 171 (1974).” U.S. v. Christie, supra.


The Court of Appeals then balanced these interests and found that “the government's side of the ledger reveals a colorable interest in prioritizing law enforcement efforts while Christie can point to little harm to her interests in light of her husband's . . . consent and her lack of objection.” U.S. v. Christie, supra. It therefore found that the delay in this case  “falls inside the bounds of constitutionally reasonable conduct, if not by a very great margin.” U.S. v. Christie, supra.


The Court of Appeals then took up Christie’s challenge to the second warrant, which was that it did not “particularly” describe the place to be searched and things to be seized, as is required by the 4th Amendment.  U.S. v. Christie, supra.  (For more on the particularity requirement, check out this site.)  The warrant authorized a search of Christie’s computer for the following:


2. All correspondence and/or documents relating to [BW].


3. All records and information, including any diaries or calendars, showing the day-to-day activities of Rebecca Christie and/or [BW].


4. All addresses and/or contact information of friends, families, or acquaintances who may have had regular contact with Rebecca Christie and/or [BW].


Christie claimed paragraph 3 “effectively permitted law enforcement to search any and all records and information on her computer for any and all purposes”, which violated the 4th Amendment’s particularity requirement. U.S. v. Christie, supra.  The government argued that its search efforts,


including those authorized in paragraph 3, were restricted by the warrant's opening language. . . . [T]he the government says paragraph 3 didn't authorize it to rifle through Christie's files looking for any sort of incriminating evidence. Instead, it had to direct all of its search efforts, including those specified in paragraph 3, to information related `to the murder, neglect, and abuse’ of BW. And that limiting direction, the government submits, is particularity enough under our case law.


The Court of Appeals found it “hard to fault the government's reasoning.” U.S. v. Christie, supra.  While it found that the warrant was “surely open to interpretation,” it was similar to warrants it had upheld in other cases in which the warrant’s “opening language limited the scope of all later enumerated searches to seeking evidence of particular federal crimes.” U.S. v. Christie, supra.  It then explained that “[a]t the very least,” given the prior cases, “we cannot deny that an objectively reasonable officer acting in good faith could have read the warrant before us in this same manner -- as restricting the scope of any search to information “related to the murder, neglect, and abuse of” BW”.  U.S. v. Christie, supra.


Christie, though, had responded to this reasoning with the argument that


if our current case law endorses the warrant in this case then our case law needs to be reexamined. In an age where computers permit access to most every `paper and effect] a person owns, she fears that merely restricting the government to a search topic or objective does little to prevent it from examining along the way virtually every bit and byte of our lives. Risking with it the possibility the government will claim to find `in plain view’ evidence of crimes totally unrelated to the reasons spurring their search in the first place.


The text of the 4th Amendment says the government must identify with particularity `the place to be searched’ and requiring it to describe that place tersely as `a computer’ is to allow the government to traipse willy-nilly through an entire virtual world. To prevent that, Christie suggests a warrant must go further: it must specify limitations not just what the government may search for but how the government should go about its search.


The government responded with the argument that


it's often difficult to know what search protocols might be reasonably required at the time of a warrant application, before the computer has been examined. Computer files can be misnamed by accident, disguised by intention, or hidden altogether, leaving investigators at a loss to know ex ante what sort of search will prove sufficient to ferret out the evidence they legitimately seek.


particular search protocols up front in the warrant application process, they retain the flexibility to assess the reasonableness of the search protocols the government actually employed in its search after the fact, when the case comes to court, and in light of the totality of the circumstances. Unlike an ex ante warrant application process in which the government usually appears alone before generalist judges who are not steeped in the art of computer forensics, this ex post review comes with the benefit, too, of the adversarial process where evidence and experts from both sides can be entertained and examined.


It also noted that Christie, who bore the burden of showing this search violated the 4th Amendment, “offered little evidence or argument suggesting how protocols the government followed in this case were unreasonable or insufficiently particular, especially when compared with possible alternatives.”  U.S. v. Christie, supra. And it found that "[w]itout more help along these lines, we simply cannot assess rationally her challenge to the government's search procedures in this case and must leave the development of the law in this arena to future cases."  U.S. v. Christie, supra.


For these and other reasons, the Court of Appeals affirmed Christie’s convictions and sentence.  U.S. v. Christie, supra.

Posted by Susan Brenner at 7:20 AM