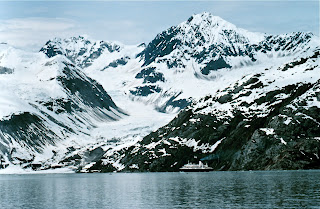 After a jury convicted Karen S. White of one count of theft in the second degree in violation of Alaska Statutes § 11.46.130(a)(1) and one count of falsifying business records in violation of Alaska Statutes §11.46.630(a)(1) and the judge sentenced her “to four years with two years suspended on each count, to be served concurrently (two years to serve)”, she appealed.  Opening Brief of Appellant, State v. White, 2012 WL 4512793 (Alaska Court of Appeals).


This, according to the Court of Appeals’ opinion in the case, is how it arose:


Yak-tat Kwaan is a village corporation located in Yakutat, and established under the Alaska Native Claims Settlement Act. One of [its] business activities is rental housing.

When the rent was received in cash, White was supposed to photocopy the money, then (because there was no local bank in Yakutat) she would take the accumulated cash to the post office every week or two. At the post office, White would convert the cash to a money order, and then the money order would be mailed to the corporation's bank in Juneau.


These cash transactions were recorded in two different forms. White's computer at work had a copy of the bookkeeping software QuickBooks, and White would make entries in QuickBooks to document the incoming money, to post the corresponding credits to the renters' accounts, and to show the matching bank deposits. In addition, each time White sent a money order to the corporation's bank, she was supposed to fill out an internal deposit slip for the corporation's records, itemizing the money she had mailed to the bank.


In December 2007 or January 2008 . . ., the corporation's president and CEO, Shari Jensen, hired the Carter Financial Group to review [its] account books. . . for an annual audit. [A]n accountant for the Carter Group, Kathleen Maidlow, began . . . reviewing the corporation's books.

White was aware of what Maidlow was doing, because Maidlow sat by White while she was working, and Maidlow would ask White questions when she needed information about the corporation's business practices or records. . . .


Maidlow discovered twelve or thirteen instances during the preceding year . . . where renters paid cash to the corporation, but the cash was never deposited in the bank. The unaccounted-for cash totaled more than $3300.

In February or early March of 2008, Maidlow reported her findings to Jensen -- that $3356 in cash receipts could not be accounted for, and was not represented in the deposits to the corporation's bank account. . . .


Jensen attempted to conduct her own reconciliation of the books. . . . [She] realized the amounts of money deposited to the corporation's bank account did not match the company's internal deposit slips and QuickBooks records, which were supposed to itemize these deposits. On March 4, 2008, Jensen confronted White about the problems with the books. White told Jensen that she did not know anything about these problems.


The next day . . . White tendered her resignation as the corporation's bookkeeper, effective one month later (April 15, 2008). She told Jensen that the audit process was too stressful for her, and that she wanted to spend more time with her family.


On March 12, 2008, Maidlow reported to Jensen that “there were several instances where cash receipts had been entered into the QuickBooks software as having been received and deposited, but later the records of these deposits had been deleted from the QuickBooks account.”  State v. White, supra. The opinion explains that QuickBooks


maintains an audit trail, and this feature . . . allowed Maidlow to see the exact date and time when the deposit entries for these cash receipts were deleted. For instance, Maidlow found a deposit entry for an $800 cash payment was entered into QuickBooks on September 4, 2007, but . . . was deleted one month later, on . . . October 9, 2007.


Jensen called the police and put White on administrative leave, after which White “quit her job.”  State v. White, supra. Jensen also told White she was meeting with the corporation’s board of directors to inform them of what had happened, but said she would “ask the board to treat White leniently” if she would “write a letter admitting to her embezzlement and detailing her specific acts of misconduct.”  State v. White, supra.


White faxed a letter to Jensen, confessing to embezzling an $800 cash payment in September 2007 and a later $400 cash payment. In her letter, White [said] `[she] had every intention of putting the money back, but [the situation] got out of hand before [she] had the chance to [do that].’

She begged Jensen to handle the matter internally, and allow her to repay the money. White's letter did not mention altering or deleting any business records.


At the Yak-tat Kwaan board meeting on March 17, 2008, Jensen did what she promised: she asked the board to handle the matter internally, and to let White pay the money back. The board, however, decided to pursue the police investigation.


On appeal, White argued (among other things), that “she was deprived of a unanimous jury verdict on the count charging her with falsifying business records”.  State v. White, supra. Alaska Rule of Criminal Procedure 31(a) requires that a jury’s verdict “shall be unanimous.” (As Wikipedia notes, the issue of jury unanimity in state prosecutions is a matter of state law; the 6th Amendment requires unanimity in federal cases.)


White’s argument arose from the evidence the prosecution introduced to prove she falsified business records:


Specifically, the State presented evidence that someone made a deposit entry in QuickBooks for an $800 cash rent payment on September 4, 2007, but this deposit entry was deleted one month later, on the afternoon of October 9, 2007.

The State also presented evidence that someone made a deposit entry in QuickBooks for a $400 cash rent payment on February 6, 2008, but this deposit entry was deleted two weeks later, on Saturday afternoon, February 23, 2008.


[b]ased on these two occurrences, the State charged White with a single count of falsifying business records as defined in § 11.46.630(a) -- i.e., altering, erasing, removing, or destroying a true entry in the business records of an enterprise with the intent to defraud. This single count covered the fourteen months between January 2007 and February 2008 (inclusive).


the prosecutor argued that both of these deletions were performed by White, and that she acted with intent to defraud on both occasions. The prosecutor then asked the jury to convict White of falsifying business records, based on these two deletions. The jury returned a general verdict finding White guilty of this offense, without specifying which occurrence (or occurrences) the jurors found to be proved.


On appeal, White argued that it “was plain error for the judge not to instruct the jurors that they had to reach unanimous agreement with respect to each of the two deletions.”  State v. White, supra.  And the prosecution conceded that


when a defendant is charged with falsifying business records, the jury must not convict the defendant unless they can reach unanimous agreement that the defendant committed a particular act of falsification.

And the State further concedes that, because White's jury was not asked to reach unanimous agreement on either the October 2007 record deletion or the February 2008 record deletion, a legitimate question arises as to whether White was denied her right to a unanimous jury decision.


Notwithstanding that concession, the prosecution argued, on appeal, that


this problem does not rise to the level of plain error for two reasons. First, the State argues that White's attorney had a tactical reason for not raising this issue during the superior court proceedings (either before or during White's trial). And second, the State argues that any potential error was harmless beyond a reasonable doubt, given White's unified defense to the records falsification charge.


As to the first issue, the court noted that White


testified at trial that she had never deleted any QuickBooks entries relating to cash payments received by the corporation. In his summation to the jury, White's attorney did not dispute that QuickBooks entries pertaining to the $800 and $400 cash payments had been deleted; but he argued that the State had failed to prove beyond a reasonable doubt that White was the one who deleted these entries.


The Court of Appeals found that it did not need to


reach the question of whether White's attorney had a tactical reason for failing to bring this problem to the trial judge's attention, because we agree with the State that, given the way White's case was litigated, the error was harmless beyond a reasonable doubt.


It explained that the prosecution’s case was


essentially based on the assertion that White repeatedly stole money from the corporation by using the same tactic: taking a cash rental payment and embezzling it for her own use, rather than converting the cash to a money order and mailing it to the bank. To avoid detection of these thefts, White later deleted the QuickBooks entries that were supposed to reflect the deposits of this cash into the corporation's bank account.


State v. White, supra.  And the court pointed out that, at trial,


White's attorney did not dispute that the relevant QuickBooks entries had been deleted. Rather, he argued that, given the corporation's lax business and accounting procedures, it was impossible to tell who had deleted those entries.


The Court of Appeals therefore found that


[g]iven the evidence presented at White's trial, and given the way White's case was litigated, we are convinced beyond a reasonable doubt that even if White's jury had been asked to reach unanimity with respect to each of the two QuickBooks deletions, the jury's verdict would have been the same.

We therefore conclude that the lack of a unanimity instruction was harmless error.


For this and other reasons, the court affirmed White’s conviction and sentence. State v. White, supra.  You can find a short news story about the case here.
Posted by Susan Brenner at 6:30 AM