Possession, “Matter” Harmful to Minors and the Webcam 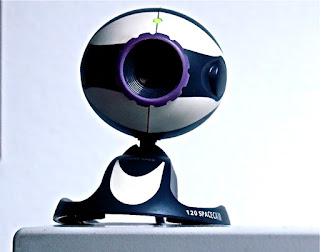 After a jury convicted him of “three counts of attempting to disseminate matter harmful to minors and possession of matter harmful to minors with the intent to disseminate it” in violation of Massachusetts General Laws 272 § 28, Milton R. Rock III appealed.  Commonwealth v. Rock, 3 Mass. App. Ct. 1134, 2013 WL 2371410 (Appeals Court of Massachusetts 2013).

According to the brief Rock filed on appeal, the investigation that led to this prosecution began on June 27, 2008, when

Officer Reardon of the Medway Police Department began an undercover investigation to identify persons seeking to engage in sexual conduct with children over the Internet. . . . He assumed the identity of a twelve-year-old girl and registered with several instant messaging and chat services using the screen name `Jilly12MA.’ . . . Among the services he used was Yahoo!'s chat rooms through the Yahoo! Messenger program, frequenting the chat rooms geographically targeted to Massachusetts or Boston. . . .

On July 23, 2008, as Jilly12MA he encountered an individual in the chat room using the screen name `MRR3RD’, and after chatting with that user added him to his friend list for instant messaging purposes and later traced the user name to [Rock]. . . .

[Rock] communicated from July 23, 2008 to October 16, 2008 with the officer masquerading as Jilly12MA. . . . On several occasions, [Rock] would activate his computer's webcam, which allowed [Reardon] to view video streamed from [his] computer to the officer's computer. . . .

When [Reardon] first communicated with [Rock], he informed [Rock] of his assumed age, 12, sex, F, and location, MA, all three characteristics which were also reflected in his screen name. . . . [Reardon] recalled one other occasion where he made a specific reference to his supposed age and had discussions that would indicate he was young and under eighteen. . . .

In one conversation the officer mentioned that another person he encountered in the chat rooms asked `if he could hold me open while I peed’ and thereafter the parties engaged in a number of conversations revolving around sex. . . .

During a conversation between the parties on October 2, 2008, [Rock] stood up twice and the officer observed that he was naked and his genital area was briefly exposed to the webcam. . . .

Shortly thereafter, the officer obtained [an] arrest warrant for [Rock] and a search warrant for [his] home in Buckland. . . . The officer arrested [Rock] there and seized his home computer, webcam and laptop. . . .

A footnote in the brief explains that Officer Reardon

used another program called Trillian to chat using several services like Yahoo! Messenger and America Online Instant Messenger at once without using multiple programs. . . . He could not view [Rock’s] webcam using Trillian and used Yahoo! Messenger for video communications. . . .

On appeal, Rock argued, in part, that the evidence was not sufficient to support

his convictions under the portion of Massachusetts General Laws c. 272, § 28, that requires proof he possessed matter that is harmful to a minor with the intent to disseminate the same to minors. [His] focus is solely on the element of possession and he argues that because the webcam used to capture his live performance instantly transmitted the images to a remote computer screen, no `matter’ was created and, therefore, he was never in possession of prohibited material.

Earlier, I included a link to the current version of that statute.  The court’s opinion explains that when Rock was charged in 2008, the relevant portion of the statute read “`Whoever . . . has in his possession any such matter [as defined in Massachusetts General Laws c. 272 § 31] with the intent to disseminate the same to minors, shall be punished.’” Commonwealth v. Rock, supra.  It also noted that, during the same period,

In the same statute, the Legislature also defined the term `visual material’ as `any motion picture film, picture, photograph, videotape, book, magazine, pamphlet that contains pictures, photographs or similar visual representations or reproductions, or depiction by computer. Undeveloped photographs, pictures, motion picture films, videotapes and similar visual representations or reproductions may be visual materials notwithstanding that processing, development or similar acts may be required to make the contents thereof apparent.’ (Emphasis supplied.) [Massachusetts General Laws] c. 272, § 31 as amended through 2002. . . .

Finally, the court explained that in 2010, the Massachusetts legislature added the

following language to the definition of matter [in Massachusetts General Laws c. 272 § 31]: `or any electronic communication including, but not limited to, electronic mail, instant messages, text messages, and any other communication created by means of use of the Internet or wireless network, whether by computer, telephone, or any other device or by any transfer of signs, signals, writing, images, sounds, data, or intelligence of any nature transmitted in whole or in part by a wire, radio, electromagnetic, photo-electronic or photo-optical system.’

The Appeals Court then proceeded to analyze Rock’s argument in this case, finding that

Moreover, the specific examples listed in the definitions demonstrate the relationship between `matter’ and `visual material.’ The definition of `matter’ includes sound recordings and phonographic records, whereas `visual material,’ understandably, does not include these. [Massachusetts General Laws c. 272 § 31.] Both definitions, however, include the following terms: motion picture film, picture, photograph, videotape, book, magazine, pamphlet, and visual representation. Ibid.

Thus, it is clear that any item that counts as `visual material’ necessarily counts as `matter.’

Next, the Appeals Court pointed out that in

Perry v. Commonwealth, 438 Mass. 282 (2002), the [Massachusetts] Supreme Judicial Court addressed the Legislature's addition in 2002 of the term `depiction by computer’ to the definition of `visual material.’ Id. at 288. The court found that the Legislature's addition of the term `depiction by computer’ did not expand the coverage of `visual material,’ but was merely an attempt to modernize the language of the definition.

It also noted, however, that

[i]n this case, the webcam captured [Rock’s] image in bytes rather than by conventional film and that image was transmitted to a designated computer. See generally State v. Ritter, 49 Wash. App. 105, 201 P.3d 1086 (Washington Court of Appeals 2009). . . . As a result, the captured images often are not recoverable from the computer to which the webcam is attached because the transmissions are viewed almost instantaneously rather than downloaded to the computer. State v. Ritter, supra.

The Appeals Court then analyzed the significance of this difference in facts, noting that the statute under which Rock was convicted is

not narrowly focused on whether the defendant possesses an actual tangible image or has retained that image for future use. Rather, `[t]he Legislature labeled the prohibited class “visual material,” a broad term.’ Perry v. Commonwealth, supra. The phrase `any motion picture film . . . or similar visual representations’ (emphasis added), [Massachusetts General Laws c. 272 § 31], `means what it says, any [visual representation] without limitation.’ Perry v. Commonwealth, supra.

In discussing an analogous situation where a photographic image was captured digitally, rather than on film, the Perry court specifically held that `[i]t matters not that the scene is captured in bytes rather than on conventional film.’ Ibid.

The Appeals Court also explained that

[t]o the extent [Rock] suggests that his possession of the images captured by the webcam was of limited duration and he is insulated from possessing those images, the statute offers further guidance. ` Because § 31 clearly includes visual material even if undeveloped and even if it requires some sort of processing in order to be developed, the means used to store or display the visual material are of no relevance.’ Perry v. Commonwealth, supra.

In other words, when [Rock] captured his image on the webcam, he was in possession of visual material prohibited under [Massachusetts General Laws c. 272, § 28], regardless of whether that captured data had to be transmitted before it was capable of being converted into a visual image. See U.S. v. Nichols, 371 Fed. Appx. 565 (U.S. Court of Appeals for the 5th Circuit 2010) (visual depiction includes `the transmission of live video feed that causes a visual image to appear on a remote computer screen’).

The court therefore held that “the evidence was sufficient to establish that [Rock] possessed matter that is harmful to a minor with the intent to disseminate the same to a minor”, and so affirmed his conviction.  Commonwealth v. Rock, supra.  In so doing, it also upheld his sentence, which consisted, basically, of “three years probation” plus “two-and-a-half years in the house of correction suspended for three years”.  Commonwealth v. Rock, supra.
Posted by Susan Brenner at 7:49 AM