Facebook, Disclosure of Private Facts and Intrusion upon Seclusion 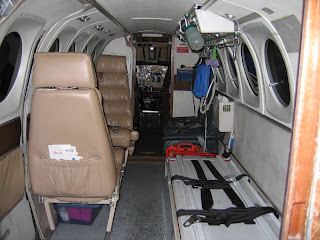 Prior to being terminated, Roberts was employed by CareFlite as a paramedic.  Roberts v. CareFlite, supra.  She was also

`friends’ on . . . Facebook.com with fellow CareFlite paramedic Robert Sumien and CareFlite helicopter pilot Scott Schoenhardt. Roberts posted on the Facebook wall of Schoenhardt that she had transported a patient who needed restraining and that she wanted to slap the patient.

`I just wanted to remind you that the public sees your posts. People outside of CareFlite and outside of EMS. In fact, my sister saw your post to Scott Schoenhardt where you stated you wanted to slap a patient[,] and she thought she wouldn't want anyone such as that taking care of her and made the comment that maybe she didn't want to renew her CareFlite membership. People you don't expect to see your posts do. I'll bet Scott has many friends in EMS[,] and all any of them would have to do is a screen shot and send it in to the state and you could be looking at a suspension of your EMS license and fines. Believe me, I'm not trying to come down on you about this. I'm trying to help you realize that people out there are losing their jobs and livelihood because of such posts[,] and I don't want to see that happen to you. If you don't believe me, just google it or if you like I can send you some links to articles. I hope you will consider removing that post.’

Roberts responded with this message:
`Yeah, whatever. YOU weren't there. Whenever I have to have a firefighter ride in with me because of a patient's attitude, and I fear for MY safety, I truly believe a patient needs an attitude adjustment. Think about that the next time YOU correct someone!!’

Calvert responded, again via Facebook, with this message:
`I was trying to be nice about the situation and provide you a courteous reminder of the regulations in which you practice in the state and the public's perception. [Rule 157.36(b)(28) of the Texas Administrative Code] states you cannot engage in activities which betray[ ] the public's trust in EMS. I believe your comment could have done that.

`Additionally, CareFlite has policies against employees calling into question our honesty, integrity[,] or reputation. I understand you had a difficult call and patient. I've also had my share of those. That information should not be broadcasted[,] however. I can show you an article where a Kansas medic had his license suspended for 90 days, tons of legal bills, and had to bag groceries during that time because he posted a derogatory remark about his obese patient.’

`As far as me “thinking about that before I correct someone[,]”. . . I'm the Compliance Officer for CareFlite[,] and it's my job. We can have that conversation later and off [Facebook].’

`Yes, I DO get upset on some calls when my patient goes off in the house and I have to have a firefighter ride in with me because I fear for MY own safety. I think that is a valid excuse for wanting to use some sort of restraints. Just saying!!’

About a week later, Haynes sent an email to

CareFlite CEO James Swartz. In the email, Haynes told Swartz about Roberts's Facebook post about wanting to slap a patient and about Sumien's comment about `a boot to the head.’ CareFlite terminated Roberts's employment a few days later. As grounds for termination, CareFlite noted Roberts's post about `feeling like slapping a patient to get control of them’ and stated that her response to Calvert was `unprofessional and insubordinate.’

Roberts then sued CareFlite, asserting, in part of the suit, that

CareFlite's use of her personal and private message postings on Facebook `that no one can access except the person to whom it was sent’ invaded her common law right of privacy. Roberts asserted two different invasion of privacy torts: public disclosure of private facts and intrusion upon her seclusion.

Roberts asserted that CareFlite's invasion of her privacy caused her to lose her job, resulting in damages.

As Wikipedia explains, the tort cause of action for public disclosure of private facts “arises where one person reveals information which is not of public concern, and the release of which would offend a reasonable person.” As Wikipedia also explains, the tort of intrusion upon seclusion is committed when someone intentionally

intrudes, physically, electronically, or otherwise, upon the private space, solitude, or seclusion of a person, or the private affairs or concerns of a person. . . or by some other form of investigation, examination, or observation intrude upon a person's private matters if the intrusion would be highly offensive to a reasonable person.

CareFlite responded to Roberts’ suit by filing “a combined traditional and no-evidence motion for summary judgment”.  Roberts v. CareFlite, supra.  As Wikipedia explains, and as I’ve noted in prior posts, in U.S. civil practice, a court can award summary judgment
before trial, effectively holding that no trial will be necessary. Issuance of summary judgment can be based only upon the court's finding that:
As Wikipedia also notes, a “`material fact’ is one which, depending upon what the factfinder believes `really happened,’ could lead to judgment in favor of one party, rather than the other.”

Texas Rule of Civil Procedure 166a creates two types of summary judgment motion:  One is the traditional motion, which, as noted above, says that (i) the facts are not in dispute, so there is no need for a trial to resolve them and (ii) based on the undisputed facts, the party filing the motion prevails.  The other summary judgment motion says “there is no evidence of one or more essential elements of a claim” on which the party would “have the burden of proof at trial.”  Texas Rule of Civil Procedure 166a(i).

In that motion, CareFlite claimed it had

negated the element of intrusion; that as a matter of law, the subject of Roberts's Facebook posting was not within the zone of her seclusion, solitude, and private affairs; and that as a matter of law, CareFlite's acts were not highly offensive to a reasonable person. With its motion, CareFlite attached, among other evidence, excerpts from Roberts's deposition; the CareFlite employee handbook; the Facebook exchanges between Roberts and Calvert; and the email from Roberts to Sumien.

Roberts’ response to CareFlite’s motion for summary judgment on this claim asserted that “`[t]he rights of CareFlite employees to discuss in private the issues of patient restraints which affected their safety and even their very lives clearly outweigh any issues of public concern in favor of prospective patients.’”  Roberts v. CareFlite, supra.

In reviewing the judge’s granting summary judgment on Roberts’ intrusion on seclusion claim, the Court of Appeals noted, first, that Roberts claimed the “National Labor Relations Board has held that an employer cannot fire employees for engaging in concerted workplace related discussions on Facebook by posting comments about working conditions.” Roberts v. CareFlite, supra.  It found this assertion inapposite, because “Roberts's argument about whether CareFlite could fire her for her Facebook comments is irrelevant to the question of whether [she] produced sufficient summary judgment evidence to raise a fact issue on the challenged elements of her intrusion upon seclusion claim.”  Roberts v. CareFlite, supra.

The court then addressed Roberts’ assertion that CareFlite was “`out to get’ her and that `[t]he claim that the public saw [Roberts's] email post is strictly an “in-house, put-up” affair by CareFlite management.’” Roberts v. CareFlite, supra.  It explained that the

questions of whether CareFlite management was indeed `out to get’ Roberts and of whether the public saw the email exchange between Calvert and Roberts, Roberts's wall posting, or her email to Sumien are irrelevant to . . . whether Roberts produced sufficient summary judgment evidence on her claim.

The relevant inquiry is not whether Roberts produced evidence relating to the ability of the public to see [her] writings or whether CareFlite was `out to get’ Roberts. Rather, the inquiry is whether CareFlite intentionally intruded upon Robert's solitude, seclusion, or private affairs or concerns and, if it did so, whether such intrusion would be highly offensive to a reasonable person.

The Court of Appeals also pointed out that Roberts

did not direct this court to any evidence she produced to raise a fact issue on whether CareFlite intruded upon her seclusion. Roberts attached over 350 pages of summary judgment evidence to her response, and we are not required to sift through the record to determine what part of this record, if any, relates to her intrusion upon seclusion claim.

Roberts makes no argument about why CareFlite's review of Roberts's messages to Calvert or her comments on Schoenhardt wall -- comments that could be viewed by third parties -- constituted an intrusion upon Roberts's seclusion, and she cites to no cases that would support such an argument.

It therefore held that the trial judge did not err in granting “no-evidence summary judgment” on Roberts’ intrusion upon seclusion claim.  Roberts v. CareFlite, supra.
Posted by Susan Brenner at 8:57 AM