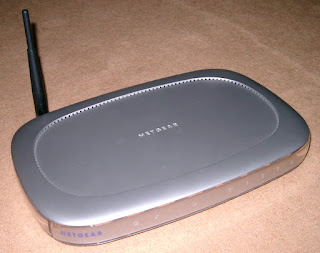 In moving to suppress, Thomas argued that “the search warrant was invalid because of material omissions from the supporting affidavit”.  U.S. v. Thomas, supra.  As I have noted in earlier posts, when a police officer or federal agents wants to obtain a warrant to search a place or thing, he/she fills out an application for the warrant and submits an affidavit, the purpose of which is to establish that there is probable cause to issue the warrant.  Federal Rule of Criminal Procedure 41(d), which you can find here, outlines the process.  And you can find an application for a federal search warrant and affidavit in support here.

To understand the basis of Thomas’ motion to suppress, it is necessary to understand what led to the issuance of the search warrant in question.  The opinion explains that on

December 21, 2011, officers with the South Burlington Police Department discovered an Internet Protocol (`IP’) address that had previously offered to share files containing child pornography on the Internet through peer-to-peer file sharing (the `IP Address’). The IP Address was assigned to Comcast.

A Special Agent with Homeland Security Investigations (`HIS’) served a subpoena on Comcast requesting identification of the subscriber to the IP Address. Comcast responded that the IP Address was registered to Diane Jarvis, who lived at 73 Granite Creek Road, Colchester, Vermont, 05446 (the `Residence’).

The opinion then explains that after he received this information, HSI Special Agent
Seth Fiore verified that Jarvis lived at the Residence by running checks with a service identified as `Clear’ and with the Vermont State Police's database. Fiore also engaged in surveillance of the Residence on several different dates. During his surveillance, Fiore ran the license plate of a vehicle at the Residence, and found it was registered to Jarvis.

According to Fiore, the purpose of his surveillance was to confirm that Jarvis lived at the Residence, to verify for officer safely whether any other individuals lived there, and to ascertain whether there were children living at the Residence.

Although Fiore had not received formal training in the use of the Portable Wireless Detectors, HSI Special Agent McCullough, who works in computer forensics, advised Fiore regarding their proper use and how to decode the information they displayed.

On February 1, 2012, Fiore used one of the Portable Wireless Detectors in the street

During this second surveillance, Fiore observed a wireless network labeled `Jarvis,’ which the Portable Wireless Detector identified as password protected. Fiore did not seek to verify with the users of the wireless networks in the condominium complex whether the networks they were using were secure because he was concerned about maintaining the secrecy of his investigation.

application and supporting Affidavit to search the Residence for electronic and other communications pertaining to child pornography. The Affidavit does not include information regarding the existence of secure or unsecure wireless networks.

However, it states that it `does not contain every fact known to [Fiore] with respect to this investigation. Rather it contains those facts that [Fiore] believe[d] to be necessary to establish probable cause for issuance of a search warrant for the [Residence].’ . . .

[At the hearing on the motion to suppress,] Fiore testified that he did not believe it was necessary to include in the Affidavit information regarding the presence of unsecure wireless networks in the area surrounding the Residence or that the `Jarvis’ network was secure to establish probable cause.

He noted that the U.S. Attorney's office reviewed and approved the Affidavit for probable cause prior to its submission to the Magistrate Judge. On February 23, 2012, United States Magistrate Judge John Conroy issued a search warrant for the Residence.

In his motion, Thomas argued that the evidence should be suppressed because Fiore

deliberately or with reckless disregard for the truth omitted from the Affidavit information regarding the existence of secure and unsecure wireless networks in the area surrounding the Residence.

(As I have explained in earlier posts, in Franks v. Delaware, 438 U.S. 154 (1978), the Supreme Court held that if a defendant shows the government deliberately or recklessly includes false information in a search warrant affidavit, the court must void the warrant and the results of the search if the information was necessary to finding probable cause.  And as I have noted in other posts, lower courts have applied this same standard when a defendant claims the government omitted information that would have a similar effect, which seems to be what Thomas is doing.)

The court first considered whether the omitted information was “material,” i.e., was necessary to the magistrate’s finding probable cause.  U.S. v. Thomas, supra.  The prosecution argued that it was immaterial for two reasons, the first of which was that

probable cause to search the Residence would have existed even if the IP Address was associated with an unsecure wireless network. As it points out, courts have consistently concluded that there is probable cause to search a residence when an IP address associated with child pornography can be traced to the residence. . . . Here, the Affidavit clearly establishes that nexus.

Moreover, courts have generally concluded that the mere possibility that an IP address may be associated with an unsecure wireless network does not affect the probable cause determination.

Although the presence of unsecure wireless networks gives rise to the possibility that a person outside of the Residence may have accessed the network to transmit messages regarding child pornography, it remains probable that the transmission originated from within the Residence and that evidence of child pornography would be found there. . .

The court therefore held that “[b]ecause the omitted information would not have materially affected the probable cause determination and because probable cause existed even in its absence, [Thomas’] challenge to the validity of the search warrant for lack of probable cause must fail.”  U.S. v. Thomas, supra.

The judge then took up the issue – the Franks issue noted above – as to whether the information was omitted either deliberately or recklessly.  U.S. v. Thomas, supra.  She explained that

[h]aving concluded that the omitted evidence was not material to the probable cause determination, the court need not consider whether it was omitted deliberately or with reckless disregard for the truth. The court nonetheless observes that there is no evidence before the court that Fiore concealed any evidence from the magistrate judge.

Indeed, as noted, a key part of the information omitted -- that the `Jarvis’ wireless network was secure -- would have strengthened the nexus between the IP Address and the Residence, making it more likely that child pornography would be found in Ms. Jarvis's home. The presence of other unsecure wireless networks in the area in no way alters this conclusion.