The Cell Phone Search and the State Constitution 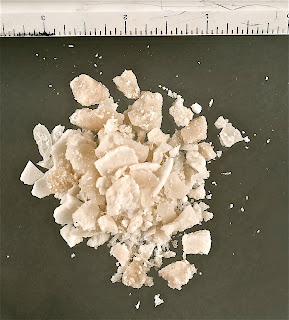 As I have noted in earlier posts, every U.S. state has its own constitution.  As Wikipedia explains, the 10th Amendment to the U.S. Constitution states

that `The powers not delegated to the United States by the Constitution, nor prohibited by it to the States, are reserved to the States respectively, or to the people.’

The Guarantee Clause of Article 4 of the Constitution states that `The United States shall guarantee to every State in this Union a Republican Form of Government.’ These two provisions give states the wide latitude to adopt a constitution, the fundamental documents of state law.

This post examines a recent decision from the Indiana Court of Appeals in which the applicability, and effect, of a provision of the Indiana Constitution was at issue.

During June 2010, Dennis Barnett lived in the 800 block of North Tuxedo Street in Indianapolis. . . . Barnett . . . was buying $20 to $40 worth of crack cocaine every other day from [Gregory] Kirk's sixteen-year-old stepson, D.K. Barnett was unable to text from his cell phone, so when he needed drugs he would knock on the door of D.K.'s house, . . . at 918 North Tuxedo Street. Occasionally, when Barnett did not have the cash to pay for the cocaine, D.K. `fronted [Barnett] until the next day.’ Barnett and D.K. kept track of . . . any money Barnett owed. . . .

On the drive back, Kirk talked to Barnett `about money [Barnett] owed [his] son,’ for previously purchased drugs. Upon returning home, Kirk told D.K. Barnett owed D.K. money and Barnett was currently in possession of crack cocaine. That evening, D.K. and an unidentified man went to Barnett's house. Barnett . . . had smoked all of the cocaine before the men got there. The men left . . . without incident.

On June 19, Barnett walked by Kirk's home. . . . Upon seeing Barnett, Kirk said, `You are going to get beat down.’ . . . Later that evening, Barnett saw Kirk and D.K. across the street near his house. D.K. had a gun in his hand, which was pointed at the ground. Kirk was standing beside D.K., and the two were `talking towards [Barnett] down the street.’ . . . Barnett . . . heard Kirk yell, `We going to get him.’ Assuming Kirk and D.K. were there to collect on the debt they believed Barnett owed for a prior cocaine purchase, Barnett called 911.

After one of the other officers, Detective Schwomeyer, noted that Kirk’s eyes were

glassy and bloodshot, his speech was slurred, and his breath had an odor of alcohol, [he] arrested Kirk for public intoxication and for neglect of a dependent. . . .During a search of Kirk incident to arrest, police found half-burnt marijuana cigarettes, `roach clips,’ a pipe, and a cell phone. . . .

Schwomeyer immediately pressed the text button on the cell phone and looked at six to eight text messages. He recalled that one text message was from `someone requesting to purchase marijuana, and [another] was someone requesting to purchase pain pills.’ Nelson also looked at the text messages. While Nelson did not recall the exact language of the text messages, he recalled they were from `people wanting to buy drugs,’ i.e., `pills’ and one other drug Nelson could not remember. . . When questioned at the scene, Kirk told Schwomeyer he had been near Barnett's house because `the guy owed him money.’ . . . When asked about the nature of the debt, Kirk declined to answer.

He appealed, raising various issues, only one of which concerns us.  Kirk v. State, supra.  Kirk argued, on appeal, that the trial court

abused its discretion by admitting testimony regarding the content of Kirk's text messages. Specifically, he contends that the evidence should have been suppressed because it violated the unreasonable search and seizure provisions in Article I, Section 11, of the Indiana Constitution and the 4th Amendment to the U.S. Constitution. . . .

The Court of Appeals began by reviewing the applicable 4th Amendment principles:

The 4th Amendment to the U.S. Constitution guarantees the right of the people to be secure in their persons, houses, papers, and effects, against unreasonable searches and seizures. As such it protects an individual's privacy and possessory interests by prohibiting unreasonable searches and seizures. . . . . This protection has been extended to the states through the 14th Amendment. . . .

A search warrant is generally a prerequisite to a constitutionally proper search and seizure. . . . `Whether a particular warrantless search violates the guarantees of the 4th Amendment depends on the facts and circumstances of each case.’ Trotter v. State, supra.  We note that exceptions to the warrant requirement are strictly construed. . . .

The Court of Appeals then explained why it was not going to rely on the 4th Amendment in ruling on Kirk’s motion to suppress the content of his text messages:

`[A]pplying the 4th Amendment to modern technology such as cell phones posits some fundamental questions.’ Chelsea Oxton, The Search Incident to Arrest Exception Plays Catch Up, 43 Creighton L. Rev. 1157 (2010. . . . The U.S. Supreme Court has reminded us that `[t]he judiciary risks error by elaborating too fully on the 4th Amendment implications of emerging technology before its role in society has become clear.’ City of Ontario v. Quon, 130 S.Ct. 2619 (2010). Where, like here, we can decide this issue without addressing the 4th Amendment issue, we will do so.

The court then noted that, like the 4th Amendment,

Article I, section 11 of the Indiana Constitution protects citizens from unreasonable searches and seizures. . . . [I]n spite of the similarity in structure of the federal and state constitutional provisions, interpretations and applications vary. . . .

The Court of Appeals explained that while it focuses on “the defendant’s reasonable expectation of privacy” when applying the 4th Amendment, “under Article I, section 11, we focus on the actions of the police, concluding that the search is legitimate where it is reasonable given the totality of the circumstances.”  Kirk v. State, supra. It noted that its “determination of the reasonableness of a search . . . under Article I, section 11 often turns on a balance of: `1) the degree of concern, suspicion, or knowledge that a violation has occurred; 2) the degree of intrusion the method of the search or seizure imposes on the citizen's ordinary activities; and 3) the extent of law enforcement needs.’”  Kirk v. State, supra (quoting Trimble v. State, 842 N.E.2d 798 (Indiana Supreme Court 200) (quoting Litchfield v. State, 824 N.E.2d 356 (Indiana Supreme Court 2005)). The state has the burden to prove the search was reasonable. Kirk v. State, supra.

The court then addressed the issues raised by Kirk’s motion to suppress:

By requiring the need for a warrant to search a cell phone, our court has recognized that the seizing of the contents of such items are deserving of protection and court oversight. . . . The State did not make clear the reason for the search of Kirk's private cell phone. Kirk was not seen talking on his phone or even holding his phone prior to his arrest. Here, Kirk was arrested for neglect of a dependent and public intoxication; neither crime of which clearly implicated use of a cell phone.

It found that while Detective Schwomeyer was

The State contends that the law enforcement needs to search the phone immediately were great because the contents of the cell phone could have been remotely cleansed. The State, however, fails to prove that this was a reasonable concern or to demonstrate that less intrusive means such as removing the SIM card or simply turning the cell phone off could not have been used to block any effort to remotely cleanse the cell phone until a warrant could be obtained.

the police actions subsequent to Kirk's arrest call into question the claim of the importance of the contents of the cell phone. Kirk's phone was seized in June 2010 and was not accessed by either party for the next three months. During that time, the property room misplaced and later found the cell phone. When Kirk's cell phone reappeared, it was in need of being charged and required a code to unlock it.

The State could not obtain the code from Kirk, and yet made no effort to obtain a search warrant to again view the text messages. The State's failure to act promptly to secure the contents of the text messages suggests that the warrantless search was not motivated by concerns about the destruction of evidence.

Under these facts and circumstances, we conclude that the warrantless search of the cell phone was unreasonable under Article I, Section 11 of the Indiana Constitution, and it was error for the trial court to admit the testimony regarding the contents of Kirk's cell phone.