The Attorney, the Laptop and the Independent Source Doctrine 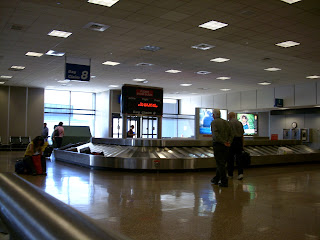 As I’ve noted in prior posts, when government agents seize someone’s property as part of a criminal investigation, the property owner can file a motion for return of property under Rule 41(g) of the Federal Rules of Criminal Procedure.

On January 30, 2011, at approximately 4:00 p.m., John Doe, a Florida licensed attorney specializing in civil and criminal law, arrived at Miami International Airport on a flight from Paris. Doe was traveling with two pieces of luggage, one checked prior to departure and one he carried on the plane with him. Doe's carry-on bag contained hard copy documents, a laptop computer, a handheld Blackberry device, and a cellular phone.

Immediately upon exiting the plane, Doe was met by an agent from the Department of Homeland Security. The agent asked to see Doe's passport and customs declaration form. Doe complied. . . .The agent then instructed Doe to follow her down the airport concourse.

At the end of the concourse Doe and the agent were met by three other agents from DHS. All four escorted Doe to the baggage claim area. After he retrieved his checked bag from the carousel, Doe was taken to a secondary inspection area and handed a leaflet regarding DHS' border search policies. The agents then proceeded to search both bags.

The search of Doe’s bags was directed by DHS Special Agent David Dietrich, who was

in a room adjacent to the secondary inspection area. Prior to Doe's arrival . . . Dietrich was asked, by a DHS agent in Orlando, to conduct a customs investigation and border search of Doe upon his arrival . . . in relation to an ongoing criminal investigation of Doe and one of his clients. Pursuant to Dietrich's instructions, the DHS agents conducting the search seized the hard copy documents, laptop computer, Blackberry, and cellular telephone Doe was traveling with.

After being told the items would be copied, Doe informed the agents that he was an attorney and that the items contained attorney/client privileged information. One agent agreed to make note of that fact, but the items were nevertheless seized and brought to Dietrich in the adjoining room.

Dietrich looked through the printed documents and made copies of the ones he thought might deal with export/import violations and banking records. In addition, Dietrich turned over the seized electronic devices to DHS Special Agent David Castro, a computer forensics agent with the DHS, who attempted to access the laptop's hard drive at the airport. Castro could not copy the contents of the laptop with the equipment at MIA, however, and decided the devices needed to be taken offsite to the local DHS investigations office to be properly copied.

Castro took the devices back to his office and copied their contents.  Doe v. U.S., supra.

On February 1, 2011, Doe contacted Castro to retrieve the seized items. Castro told Doe to contact DHS Special Agent Roldan Vasquez to [arrange] to retrieve the items. On February 2, Doe spoke to Vazquez, who [said] the items were ready to be picked up in Doral, Florida, approximately 10 miles away from MIA. Doe retrieved [them] later that day, but the government retained the imaged copies of the devices.

Over the next two weeks, Doe's lawyer tried, without success, to “secure the return of the copies and ensure that any privileged information was not being reviewed.” Doe v. U.S., supra. After the government “failed to provide any assurance that the privileged information was not being reviewed,” Doe filed an “emergency motion for the return of property” -- the seized documents -- pursuant to Rule 41(g).  Doe v. U.S., supra.

The federal judge who has the case held a hearing on Doe’s motion.  Doe v. U.S., supra.  The government said it had “a copy of the contents of the seized items (the backup data) on a computer server in Miami,”, the government could access the copy and “copies of the printed documents were sent from an agent in Miami to another agent in Orlando, Florida, via email.”  Doe v. U.S., supra.  The next day, the judge entered “an agreed order” that required the government to deliver the following “to the custody of the court”:

[T]he government was [then] ordered to submit statements under penalty of perjury that such tasks had been completed. The government complied . . . and submitted affidavits . . . indicating that all of the seized documents and data had been turned over to the court and deleted from the government's computers. . . .

As Wikipedia explains, and as I have noted in prior posts, the “border search exception” is one of the exceptions to the default requirement that officers obtain a warrant before searching and/or seizing property.  Doe argued that the government’s actions

exceeded the scope of the border search exception to the 4th Amendment. After Castro determined there was no child pornography (or other contraband) on the electronic devices, the government returned the seized items to Doe. Yet the government retained imaged copies of the electronic devices on the belief that the devices contained evidence relevant to an ongoing criminal investigation.

As the Supreme Court noted in Carroll v. U.S., 267 U.S. 132 (1925), the rationale for the border search exception is that the United States – like other sovereign countries – is entitled to stop travelers at the border and search them and their belongings to ensure that contraband is not being brought into or taken out of the country.

Doe seems to be arguing that these officers exceeded the scope of that rationale, and the border search exception, because (i) they returned Doe’s hard copy documents and electronic devices after their determined that none of them contained contraband but (ii) kept copies of the contents of the devices.  The opinion does not explain, but I am suspect he argued that since the search of the hard copies and the devices revealed no contraband, the agents had no legitimate reason for making and retaining copies of the some of the hard copy documents and of the data on the devices.

That seems a credible argument, but the judge who has the case decided that he did not need to “reach this constitutional question.”  Doe v. U.S., supra.  He found that

[e]ven if the government violated Doe's 4th Amendment rights by seizing and copying his documents, another exception -- the independent source doctrine -- applies. Pursuant to this doctrine, evidence initially obtained by an illegal search or seizure may later be used by the government if it can show the evidence would have been ultimately obtained independently of the initial illegality and in compliance with the 4th Amendment. . . . .

In other words, `[s]o long as a later, lawful seizure is genuinely independent of an earlier, tainted one . . . there is no reason why’ the government should not be able to use the evidence previously obtained. Murray v. U.S., 487 U.S. 533 (1988). To prohibit the government from using evidence `that the police ultimately obtained by independent legal means would not put the police in the same position they would have been in if they had not committed any illegal conduct; instead, it would put them in a worse position.’ U.S. v. Markling, 7 F.3d 1309 (U.S. Court of Appeals for the 7th Cir.1993).

The judge noted that courts have held that the government can use “evidence initially discovered during an illegal search or seizure is where agents subsequently obtain the evidence pursuant to a valid search warrant based on information independent of the initial tainted search or seizure.”  Doe v. U.S., supra.  He also noted that the government had filed an application for a search warrant in this case and that

have tainted the application and affidavit for the search warrant in two possible ways. First, the MIA seizure may have given the government evidence that it then used to obtain a warrant. Second, the seizure might have produced information that caused the government to seek a warrant. . . .

I find, however, that prior to seizing the documents at issue the government had probable cause to believe evidence relevant to its ongoing investigation would be found in Doe's possession. Moreover, besides the testimony that Dietrich briefly thumbed through the hard copy documents for evidence of customs violations and that Castro briefly looked through the images on the laptop for child pornography, there is no evidence that the government . . . otherwise searched or reviewed the documents for evidence relating to its ongoing criminal investigation.

Because the government had probable cause independent of the airport seizure to obtain a warrant for Doe's documents, and because there is no evidence indicating that the government's decision to apply for a search warrant was based on information obtained as a result of the seizure, I find that the independent source doctrine applies.

this is the exact reason why i tell all my clients over and over:

Always, Always use Whole Disk Encryption. You can get it from PGP or TrueCrypt. true Crypt is free and it will save you from Govt intrusion. http://www.truecrypt.org/

I beg you people to please go and get this software. Pick a very good password (symbols, numbers, upper/lower case letters) and you will be safe 100% guaranteed!!!