The Dog, the Blog and “Civil Stalking” 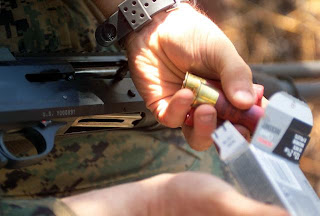 As I have noted in prior posts, and as Wikipedia explains, cyberstalking (like stalking) is a criminal offense.  This post is about a case in which one neighbor (Amie Brown) complained about being stalked by another (Pamela A. Slone).

The Brown and Slone residences are separated by a pasture in which Slone sometimes kept her family's dog. On March 19, 2011, the dog escaped from confinement and Brown believed it was acting aggressively toward her children. The incident resulted in a confrontation between Brown and Slone, as well as subsequent events that Slone considered threatening and harassing.

On April 1, 2011, Slone filed a Request for a Civil Stalking Injunction against Brown. . . . The Request states that Brown `came over to [Slone's] house . . ., chased [the] dog with mace and yelled at [Slone] saying she was going to shoot [the] dog and string him up in her garage.’ It also alleges that Brown threatened to `kick [Slone's] ass,’ and that Brown `later approached [Slone's] house with a loaded shotgun.’

In addition, the Request claims Brown made a hand signal directed at Slone that mimicked pointing a gun at her and pulling the trigger. Finally, Slone indicates that Brown engaged in `harassing [Slone's] landlords’ for the purpose of getting rid of the dog and having Slone evicted.

We will come back to the facts later.  First, I need to explain what Slone needed to do to obtain the injunction she sought. Slone v. Brown, supra.  The Court of Appeals explains that to “obtain a civil stalking injunction, the petitioner must establish the elements necessary to meet the definition of stalking provided in the criminal code. See Utah Code § 77–3a–101(1).” Slone v. Brown, supra.  It also noted that the Utah legislature has defined criminal stalking as follows:

A person is guilty of stalking who intentionally or knowingly engages in a course of conduct directed at a specific person and knows or should know that the course of conduct would cause a reasonable person: (a) to fear for the person's own safety or the safety of a third person; or (b) to suffer other emotional distress.

two or more acts directed at or toward a specific person, including:

(i) acts in which the actor . . . threatens, or communicates to or about a person, or interferes with a person's property: (A) directly, [or] indirectly . . .; and (B) by any action, method, device, or means; or

her burden of establishing that she was entitled to a three-year civil stalking injunction against Brown. The [judge] concluded that there were three incidents of stalking directed at Slone: (1) the threats against Slone made by Brown on March 19, 2011; (2) Brown's internet postings from March 19–23, 2011 (the blog), which included `threats which if reviewed and perceived by a reasonable person could reasonably cause emotional distress or cause an individual to be fearful of [her] personal safety or the safety of an immediate family member, spouse, sibling or child’; and (3) Brown's contacts with Slone's landlords, which the [judge] ruled were directed at Slone and caused her `reasonably to be concerned about the personal safety of herself or members of her family.’

Although the [judge] also found Brown had used a weapon, it determined that the weapon was directed at the dog and not at Slone. As a result, [he] declined to find that Brown had `used or intended to’ use a weapon against Slone. Brown filed a timely appeal.

concede[d] that her confrontation with Slone on March 19, 2011 constitutes one instance of a course of conduct under the statutes. She challenges the trial court's consideration of either the blog or her communications with Slone's landlords as a second qualifying incident.

actions described in them were not `directed at’ Slone. In particular, she relies on the fact that Slone did not learn until reading the blog a week later that after the initial incident, Brown had armed herself with a loaded shotgun and started toward Slone's house intending to shoot the dog.  However, Brown admits that she assumed Slone's landlords alerted Slone to the blog entry titled `Kill Time,’ thereby strongly suggesting that Brown knew that the landlords were familiar with the site.

It is also apparent that other neighbors were aware of the blog because Slone indicated she learned of it from `some other neighbors.’ Thus, Brown's use of the internet can constitute a course of conduct under the statute, even though not sent to Slone. See UtahCode § 76–5–106.5(1)(b)(ii)(C) (defining course of conduct to include `contact[ing] a person's neighbors’); § 76–5–106.5(1)(b)(ii)(D) (defining course of conduct to include `send[ing] material by any means . . . for the purpose of . . . disseminating information about . . . the person to a . . . friend, or associate of the person’).

Nor are we persuaded by Brown's argument that the comments were not directed at Slone because she did not use Slone's name in the postings. Notwithstanding Brown's references to Slone in her blog as `the lady,’ the details of the encounter were specific enough that Slone's neighbors identified her as the target of the threats and directed her to the site.

Under these circumstances, we agree with the trial court that the comments in the blog were directed at Slone.

Slone v. Brown, supra. (A footnote in the opinion says Brown conceded that her blog entry “accurately reflects that she grabbed a loaded shotgun and left her house with the intent to return to Slone's house and shoot the dog”, but “her husband intervened and persuaded her to desist.”  Slone v. Brown, supra.)

Brown also claimed she “did not have `the requisite intent to engage in a course of conduct that . . . she knows or should know would cause a reasonable person to fear or suffer emotional distress.’” Slone v. Brown, supra (quoting Bott v. Osburn, 257 P.3d 1022 (Utah Court of Appeals 2011)).  The Court of Appeals did not agree, either with her interpretation of the intent required to commit the crime or her having displayed such intent.  As to the first issue, it explained that under the stalking statute,

`it is not a defense that the actor ... did not intend to cause the victim fear or other emotional distress.’ Utah Code § 76–5–106.5(4). Rather, if the conduct `would cause a reasonable person . . . to fear for that person's own safety or the safety of a third person; or . . . to suffer other emotional distress,’ it can constitute part of a course of conduct.  Utah Code § 76–5–106.5(2). In reviewing the court's determination, we consider the distress or fear caused from the perspective of a reasonable person under all of the circumstances. . . .

The Court of Appeals also found that the evidence was sufficient to support the trial judge’s entry of the civil stalking injunction:

Brown admits that she `definitely yelled at [Slone] at the top of [her] lungs,’ threatened to give Slone an `ass kicking,’ and also threatened to kill the dog. She further acknowledges that she made calls to Slone's landlords complaining about the dog and threatening to sue.

Although Brown denied in court that she had pretended to shoot Slone with her finger while the police were present, she admitted posting an entry in her blog that states, `I sort of threatened [Slone] in front of the Sheriff which wasn't the best either.’ With that history, Slone read entries in Brown's blog that include the following statements, `I grabbed my 20 gauge, loaded it and put three shells in my pocket for good luck’; `I had a 20 gauge with one in the chamber, I had sprayed mace twice, and I was going to kill the dog, I had threatened the dog owner with physical bodily harm, was still possibly . . . going to kick the owner's ass’; `I am not afraid to fight in the middle of the street with witnesses, or to fight dirty in secret’; `[My husband] said I would be in jail right now based on the events and the fact that I openly threatened and had a shotgun, loaded and with one in the chamber, with the safety off’; and `I promised [my husband] I would stay out of trouble but I was having fantasy thoughts of black leather gloves with the steel shot in the knuckles.’

Under these circumstances, we are not persuaded that the trial court erred in concluding that Brown should have known that the entries in her blog would cause a reasonable person to be frightened and distressed.  Indeed, even Brown acknowledged that she could `see how Ms. Slone was upset by it.’ Thus, the trial court did not err in entering a civil stalking injunction against Brown.

Posted by Susan Brenner at 6:12 AM