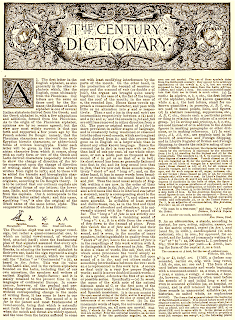 First, the facts.  By April of 2009, Barson and his wife had been married for eight years but they had become “estranged”:  “Barson lived in Austin, Texas, completing his medical specialty training in neurology while his wife lived in Virginia Beach with their children.”  Barson v. Commonwealth, supra.  On May 1, 2009, Barson received a call

advertisement for sex appearing on `Craigslist,’ an online advertising website. After visiting the website, Barson became embarrassed and angry. He tried to call his wife but she failed to respond to any of his telephone calls.

He began sending emails to his wife, her family and friends. When he received replies from friends and family members, he forwarded them to his wife. His wife received 87 of these emails in the first 14 days of May 2009, and hundreds more during the next six months.

Barson's emails contained language accusing his wife of having `sex with anonymous strangers’ on Craigslist, of having a `new hobby of soliciting sex on CL,’ of having `risky gutter sex,’ of `vacuum[ing] his baby to death’ and of being a `coke whore baby killing prostitute.’ He also accused her of engaging in sexual acts with identified men.

[Barson] admitted at trial that he was angry when he sent the emails and he intended to embarrass his wife, but he testified that his original motive in sending them was to compel her to respond to his telephone calls.

The Court of Appeals then granted the Commonwealth’s petition for rehearing en banc, and the en banc court (i) overruled its decision in Allman; (ii) adopted a broader definition of obscenity derived from a dictionary; and (iii) held that Barson's emails were obscene within its newly-adopted definition, reversed the earlier Court of Appeals’ and affirmed Barson's conviction. Barson v. Commonwealth, supra.   He then appealed to the Supreme Court.

The court explained that Virginia Code § 18.2–372 was adopted following the U.S. Supreme Court’s decision in Miller v. California, 413 U.S. 15 (1973), which held that obscene material is not protected by the 1st Amendment.  Barson v. Commonwealth, supra. Section 18.2-372 says the “word `obscene’ where it appears in this article

shall mean that which, considered as a whole, has as its dominant theme or purpose an appeal to the prurient interest in sex, that is, a shameful or morbid interest in nudity, sexual conduct, sexual excitement, excretory functions or products thereof or sadomasochistic abuse, and which goes substantially beyond customary limits of candor in description or representation of such matters and which, taken as a whole, does not have serious literary, artistic, political or scientific value.

Barson v. Commonwealth, supra. In other words, it incorporates the test the Supreme Court established in Miller, supra.

Article 5 (`Obscenity and Related Offenses’) of Chapter 8 (`Crimes Involving Morals and Decency’) of Title 18.2 of the Code. . . .Code § 18.2–152.7:1 concerning harassment by computer, and Code § 18.2–427 concerning obscene telephone calls, do not appear in Article 5 or any other part of Chapter 8. Instead, the computer statute appears in Chapter 5, `Crimes Against Property’ and the telephone statute appears in Chapter 9, `Crimes Against Peace and Order.’

The General Assembly did not expressly provide a statutory definition of `obscene’ that applied to either the computer or the telephone statutes.

As noted above, the Court of Appeals “abruptly changed course, overruled Allman to the extent that” it required a different meaning for the term “obscene” and held that “the application of the ordinary meaning of the word ‘obscene’ to the conduct prohibited by Code § 18.2–152.7:1 is more consistent with the stated intent of the legislature than the ad hoc definition crafted in [ Allman ].”  Barson v. Commonwealth, supra. It therefore applied the definition of “obscene” found in “Webster's Third New International Dictionary 1557 (3rd ed.1993),” which defines it as “`1: disgusting to the senses . . . 2: offensive or revolting as countering or violating some ideal or principle.’” Barson v. Commonwealth, supra.

The Supreme Court did not find this acceptable.  It explained that

The General Assembly provided a definition of `obscene’ in Code § 18.2–372 to comport with the constitutional requirements articulated in Miller. Accordingly, there is no suggestion this definition is constitutionally infirm. The Court of Appeals has for the last eight years utilized this definition outside of Article 5, Chapter 8 of Title 18.2. The legislature is presumed to be aware of this usage. Its acquiescence is deemed to be approval.

as offensive, vulgar, and disgusting as their language may have been, did not meet the standard of obscenity provided by Code § 18.2–372.  Accordingly, we will reverse the judgment of the Court of Appeals and enter final judgment vacating Barson's conviction.

In a concurring opinion, three justices point out another problem with what the en banc Court of Appeals did:

[I]n reversing the panel decision in Barson's case, [the en banc court] did not disagree with the [original panel court’s] decision that Allman expressed the governing law at the time of Barson's offense, but simply overruled Allman, substituted a broader definition of obscenity that had the effect of criminalizing Barson's conduct, and reversed the panel's decision.

Barson argues that this change of the definition of obscenity in 2011, if retroactively applied to his conduct in 2009, infringes his right to due process of law, citing Bouie v. City of Columbia, 378 U.S. 347(1964) (`An unforeseeable judicial enlargement of a criminal statute, applied retroactively, operates precisely like an ex post facto law, such as Art. 1, § 10 of the Constitution forbids’).

The prosecution argued, in response to this argument, that its decision in Allman “was not binding precedent” because it was subject to review by that court and by the en banc Court of Appeals, which I take as meaning that it wasn’t binding because it could be (as it was) overruled.  Concurring opinion, Barson v. Commonwealth, supra.

The Supreme Court agreed that “an appellate court may at some time after establishing a precedent, revisit the issue in a later case and modify or expressly overrule its earlier decision”, but explained that “unless and until such an overruling occurs, the earlier decision of the Court of Appeals stands as precedent.”  Concurring opinion, Barson v. Commonwealth, supra.  It also pointed out that an

ancient maxim of the common law is ignorantia legis neminem excusat. . . . But if ignorance of the law excuses no one, then all who are subject to the law are presumed to know what the law requires and to conduct themselves accordingly. They cannot be expected to conform their actions to laws that are not announced until after they have acted.

Therefore, Barson's emails to his wife, as offensive, vulgar and disgusting as their language may have been, did not meet the standard of obscenity that prevailed in Virginia at the time they were sent. His conviction under a broader standard of obscenity that retroactively criminalized his conduct violated his constitutional right to due process of law. That is, in itself, sufficient ground for reversing the judgment of the Court of Appeals and vacating Barson's conviction.

The dude is a brain surgeon, so he can obviosuly afford it. But I wonder how much tax dollars was wasted on this bullshit case that would have only resulted in a $250 fine??