The 4th Amendment, Plain View and the “Reshipping Scam” 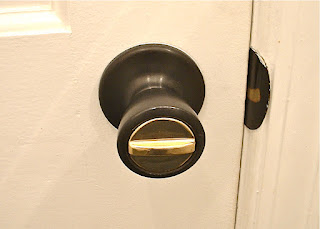 This is how the case began:

In early February of 2011, Special Agent John Szydlik of the U.S. Secret Service learned of unusual shipping activity from an address in Syracuse. A source with the United Parcel Service advised that, within a one-month period, seventy-two shipments had been delivered to the Syracuse address, and nineteen shipments had been sent from there to Canada.

Because of his experience with the Electronic Crimes Task Force, he suspected the existence of a `reshipping scam,’  whereby a scammer uses stolen credit card information to purchase goods over the internet and ships these goods to an intermediary to forward on to another location.

Agent Szydlik learned that the Tempest Saldivar lived at the Syracuse address and knew, through experience, that “reshipping scammers often use online dating services to meet women to facilitate the shipments.” U.S. v. Agbodjan, supra.

After Saldivar consented to a search of her apartment, Szydlik found “numerous items”, including packages, shipping labels and a shipping invoice for a single Rimowa suitcase. She also showed him photographs of Mund on Facebook. U.S. v. Agbodjan, supra.

A later search of her email and chat messages “revealed details of the scam,” including her “romantic attachment to Ed Mund and his reassurances that the activity was legal.”  U.S. v. Agbodjan, supra.

On February 24, Saldivar left a message for Szydlik, saying Mund “had made an unannounced visit to her”, was “staying in room 111 of the Motel 6 located at 6577 Baptist Way, East Syracuse, until 11:00 a.m” and was then going to the airport to fly to California. U.S. v. Agbodjan, supra.  Szydlik, along with “members of the DeWitt Police Department,” went to the motel and to “Mund”’s room. U.S. v. Agbodjan, supra.

The judge found that, based on the information Szydlik obtained from Saldivar and his other inquiries, the officers had probable cause to arrest Agbodjan.  And since the Supreme Court held, in U.S. v. Watson, 423 U.S. 411 (1976), that an arrest in a public place, like a doorway or a hallway, can be made without a warrant, the arrest did not violate the 4th Amendment.

The judge then noted that after “a lawful arrest, police may conduct a protective sweep of the area if they believe accomplices are present.”  U.S. v. Agbodjan, supra.  The purpose is to protect the officers from potential threats, but they can seize evidence they find in the course of the sweep.  U.S. v. Agbodjan, supra (citing U.S. v. Ingram, 164 F.Supp.2d 310 (U.S. District Court for the Northern District of New York 2001)).

He then considered whether the 4th Amendment was violated when the officers seized the items outlined above.  U.S. v. Agbodjan, supra.  Since the officers did not have a search warrant, the search would only be lawful if it was conducted pursuant to one of the exceptions to the 4th Amendment’s warrant requirement. He took up the issue as to whether the “plain view” doctrine applied here, to justify the search for and seizure of those items.  U.S. v. Agbodjan, supra.

three conditions are met: (1) `the officer did not violate the 4th Amendment in arriving at the place from which the evidence could be plainly viewed’; (2) the incriminating character of the evidence was immediately apparent; and (3) the officer had a lawful right of access to the object seized.

He found that the first element, i.e., that the officers were lawfully in the hotel room, was satisfied because, as noted above, officers can

follow a lawful arrest with a protective sweep of the area `to protect the safety of officers if they believe accomplices may be present.’ U.S. v. Ingram, supra. . . . Agbodjan was arrested legally at his motel room door. Szydlik had been informed that another person, guns, and a bomb might be present in the motel room. Thus, he was justified in performing a protective sweep of the motel room and arrived at the area lawfully.

The judge explained that the

He then found that

[c]rucial to the motion [to suppress] is whether the incriminating nature of [Agbodjan’s] laptop, iPhone, Blackberry, camera, suitcase, and clothing was immediately apparent. Although these are everyday items, Szydlik knew a computer had been used in the reshipping scam.

Through his interview with Ms. Saldivar, he was aware that email, chat messaging, and instant messaging had been the primary means of communication between her and the defendant. He also knew from experience that other electronic devices are used interchangeably with computers and are valued for their portability. A suitcase purchased as part of the scam was still missing.

Thus, there was a reasonable probability that these items contained evidence of a crime, and Agent Szydlik had probable cause to seize them.

The judge then addressed the third and final factor: that the officer had a lawful right of access to the objects seized.  U.S. v. Agbodjan, supra.  He explained that

[t]his element is a corollary to the first element, in that the officer must have a legitimate 4th Amendment basis to enter the area where the evidence is located before he can seize it. . . .

As explained above, the officers performed the protective sweep and entered the motel room lawfully. Thus, they had a lawful right of access to the laptop computer, iPhone, camera, clothing, and suitcase.

The judge therefore held that “[a]s all three elements of the plain-view analysis are satisfied, the warrantless seizure of the items did not violate the 5th Amendment, and they will not be suppressed.”  U.S. v. Agbodjan, supra.

If you’re interested, you can read a little more about the case, including the fact that Agbodjan is from Ghana, in the new story you can find here.
Posted by Susan Brenner at 10:05 AM