Fraud, Discovery and the Motion for Return of Property 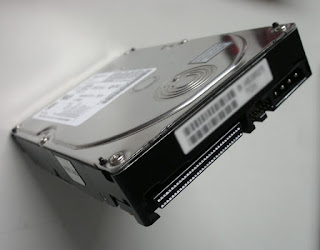 After being indicted for mail fraud, wire fraud and conspiracy to commit mail and/or wire fraud in violation of 18 U.S. Code §1349, Barrett Byron Staton filed a motion for return of property under Rule 41(g) of the Federal Rules of Criminal Procedure.  U.S. v. Staton, et al., Indictment, 2011 WL 8184554 (U.S. District Court for theEastern District of Pennsylvania 2011).

As I’ve explained in other posts, when someone files a Rule 41(g) motion, they are not asking to have evidence suppressed, exactly.  They are, instead, asking the court to return their property to them because it was, or so they argue, seized improperly.  As I’ve also noted, if the court grants the motion, it must return the property to its owner.

While we’re not directly concerned with the facts that led to the filing of charges against Staton and his co-defendants, Matthew Staton and William Haken, Jr., I think it’s useful to know how the prosecution arose:

They were supposed to use the payments received from the financing companies as a result of the new leases for the Customers' benefit (e.g., to pay off their office copier leases). However, the payments were instead used for personal expenses. When Defendants became overwhelmed with complaints from the Customers, they would shut down the Business, only to reopen it under a different company name, and at times, under a nominee owner. Defendant Barrett Byron Staton also used the Businesses to obtain financing for personal purchases that included luxury vehicles. . . .

During the investigation, FBI agents and other officers executed a search warrant at Staton’s home, where they seized a computer, and at a self-storage unit, from which they seized “[c]ompact disks” and “`various other documents’”.  U.S. v. Staton, supra.  Several years later (the investigation apparently was in process from 2004 to 2008), they executed another warrant at Staton’s home and seized

FBI computer experts examined the “computer hard drives and other electronic devices” that were seized during the investigation and found they “documents, including internal office memoranda concerning, and business records showing, fraudulent deals and e-mails.”  U.S. v. Staton, supra. Since the prosecution intends to use these documents at Staton’s trial, they are a target of “discovery,” i.e., the process by which both sides can get access to evidence the other side intends to use at trial.

On April 26, 2012, Staton asked for an “imaged copy of the seized materials” and on April 27, the prosecution told Staton’s lawyer that “if he wanted an imaged hard drive containing data of the material seized during the 2004 and 2008 searches, he would have to send the Government a hard drive.” U.S. v. Staton, supra.

On May 11, Staton’s lawyer “informed the Government that he and [Staton] could not access the data on these imaged hard drives.” U.S. v. Staton, supra. His email said “the imaged hard drives did not have accessible materials on them and that while `[t]here are files, [ ] you can't get into the files. There is also gibberish which I don't understand.’”  U.S. v. Staton, supra.

The lawyer offered to bring the prosecution one of the hard drives for inspection, noting that he was sending the other hard drive to Staton’s expert so he could  Counsel noted that he was forwarding the other hard drive to Defendant's expert so he could “have access and physical custody over it.” U.S. v. Staton, supra. Staton’s lawyer also asked for “`[a]ny guidance [the Government] and [its] technical people could give us.’”  U.S. v. Staton, supra.

Since Staton’s lawyer claimed “he still could not access the data on the imaged hard drives”, the prosecution, on May 24, gave him “a Government-issued laptop, pre-loaded with the free forensic software, that permitted [Staton] to view the data on the imaged hard drives.” U.S. v. Staton, supra.  It also told the lawyer that “he would still need to download some software programs, such as Microsoft Word or Excel, in order to view the data.”  U.S. v. Staton, supra.

Staton’s lawyer “contacted several information technology professionals to determine the availability and accessibility of such software programs”, but Staton claimed that “even if he were to obtain these programs, `there is no guarantee at this point in time that the programs obtained will access all the files on the computers if all of the appropriate programs are not obtained.’” U.S. v. Staton, supra.   He therefore filed his Rule 41(g) motion for return of property “to `avoid that exercise’ of obtaining the necessary software.”  U.S. v. Staton, supra.

On June 4, in response to the Motion, the prosecution met with Staton’s lawyer and installed “Microsoft Office software (e.g., Microsoft Word, Excel and Powerpoint) onto the Government-issued laptop.” U.S. v. Staton, supra. The prosecution “confirmed that the forensic software, in conjunction with the Microsoft Office programs, properly opened the data on the imaged hard drives.” U.S. v. Staton, supra.

On June 6, Staton’s lawyer told the prosecution they had downloaded the “Peachtree data files onto a different computer”, but the “free trial . . . installed on the Government-issued laptop did not allow for access to those files.” U.S. v. Staton, supra. In his email, the lawyer noted that the “free trial . . . does not authorize to go back into pre-existing Peachtree documents.” U.S. v. Staton, supra.

After outlining all this, the district court judge who has the case began his ruling on Staton’s motion for return of property.  U.S. v. Staton, supra.  He noted that Staton made several arguments for why the property should be returned:  (i) “none of the seized items are contraband” (i.e., things it is illegal to possess, like drugs or child pornography); (ii) returning the property will let Staton review the data without the need for “government intervention” or to hire “outside personnel” to access the data; (iii) the prosecution “no longer needs . . these items” since it has examined them and copies the files it needs; and (iv) the prosecution has “had “`more than a reasonable time within which to derive from the items seized that which it sought.’”  U.S. v. Staton, supra.

The prosecution, in turn, argued that (i) it has provided Staton with the original imaged hard drives plus “`a laptop computer, forensic software to review the computer data, access to other specialized software programs, and personalized instruction from government personnel on how to operate these software programs’”; and (ii) “has a reasonable need” to retain the property because the items contain evidence . . . for its prosecution in this case, and it needs to `preserve the integrity of the computer data contained inside these items.’” U.S. v. Staton, supra.

The judge found that Staton had “not met his burden of proving why he is entitled to the return of his property at this juncture.”  U.S. v. Staton, supra.  He noted that since the prosecution “intends to use this evidence to prove its case at trial, its need for these materials remains ongoing in this case and the Motion will be denied.”  U.S. v. Staton, supra.  The judge also explained that if the prosecution were ordered to return the

materials it seized in 2004 and 2008 prior to trial, [Staon] could destroy the data contained therein or create new data, then claim bad faith retention by the Government. Moreover, by maintaining custody and control over the materials that were seized in 2004 and 2008, the Government can ensure that the chain of custody for the data contained in these materials is preserved for trial.

The judge also found that, based on the facts outlined above, the prosecution had “met, and exceeded, its obligations to allow [Staton] access to the materials.”  U.S. v. Staton, supra.  He explained that this is not a case in which the prosecution has

Accordingly, the circumstances in this case cannot support a grant of a Motion for Return of Property.

(In a footnote, the judge says Staton “presently lives in Florida” and claims “family obligations prevented him from coming to Wilmington to view” the materials with his lawyer.  U.S. v. Staton, supra.)

So, as must be obvious, the judge denied Staton’s motion for return of property. U.S. v. Staton, supra.
Posted by Susan Brenner at 8:09 AM