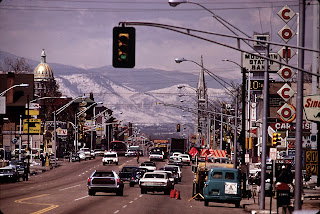 After being convicted by a jury “of conspiracy to distribute a scheduled II controlled substance” in violation of Colorado law, Donald Eugene Taylor appealed.  People v. Taylor, __ P.3d __, 2012 WL 2045754 (Colorado Court of Appeals 2012). He raised several issues on appeal, but we’re only concerned with one of them.

Taylor argued that the trial court judge erred in “refusing to suppress evidence discovered during a warrantless search of the call history contained in his cellular telephone on his person at the time of his arrest.”  People v. Taylor, supra.  This is how the search, and the prosecution, came about:

On November 20, 2008, undercover officers C.S. and J.W. of the Aurora Police Department were conducting sting operations on the East Colfax corridor. Detective C.S. and Investigator J.W. were patrolling in an undercover police car when they observed [Taylor] making gestures at them consistent with initiating a drug transaction.

The officers approached [Taylor] and Investigator J.W. asked if he `could get a hookup.’ [Taylor] asked, `[H]ook you up with what?’ to which Investigator J.W. replied, `[F]orty hard,’ street slang for $40 worth of crack cocaine. [Taylor said] he did not sell drugs, but he indicated that he could call someone to sell them the drugs. [Taylor] then instructed the officers to park across the street.

The officers observed [Taylor] make a phone call on his cellular telephone, and soon thereafter a female approached and entered the car. Investigator J.W. purchased $40 of crack cocaine from the woman. After the controlled purchase, both [Taylor] and the woman were arrested.

After [Taylor] was arrested, he was searched and his cell phone was seized. One of the arresting officers, Sergeant R., opened the call log history of [his] cell phone, noting a call was recently placed to the woman's phone.

In his motion to suppress Taylor claimed he was “subject to an unlawful search when the police reviewed his cellular telephone's call log without obtaining a warrant.”  People v. Taylor, supra.  The Court of Appeals began its analysis of his argument by noting that

[w]e must defer to the trial court's findings of fact if those findings are supported by competent evidence in the record, but we review the trial court's legal conclusions de novo. . . .  At a suppression hearing, a defendant has the burden of demonstrating that he is entitled to protection under the 4th Amendment

The court assumed that (i) Taylor “had a reasonable expectation of privacy in his cellular telephone's call history”; and (ii) the officer's “review of the call history constituted a warrantless search within the meaning of the 4th Amendment.”  People v. Taylor, supra.  It noted that other courts "have found a reasonable expectation of privacy in a cellular telephone’s call history.”  People v. Taylor, supra.

In U.S. v. Robinson, supra, the Supreme Court held that an officer’s decision as to and where

to search the person of a suspect whom he has arrested is necessarily a quick ad hoc judgment which the 4th Amendment does not require to be broken down in each instance into an analysis of each step in the search. . . . A custodial arrest . . . based on probable cause is a reasonable intrusion under the 4th Amendment; that intrusion being lawful, a search incident to the arrest requires no additional justification.

(For another court's take on this same issue, check my prior post.)

The Court of Appeals noted that neither the U.S. Supreme Court nor the Colorado

It noted that several years after it decided Robinson, the  Supreme Court limited the area available for a search incident to arrest “to the arrestee’s person and areas `within the immediate control’ of an arrestee.”  People v. Taylor, supra (quoting U.S. v. Chadwick, 433 U.S. 1 (1977)).  This court then held that a “search of the contents of a defendant's cellular telephone or other personal electronic device is a lawful search incident to arrest.”  People v. Taylor, supra.  In so doing, it relied on the Supreme Court’s decisions in U.S. v. Robinson, supra and in U.S. v. Edwards, 415 U.S. 800 (1974).  The Edwards Court held that officers were “entitled to take from [the defendant] any evidence of the crime in his immediate possession, including his clothing.” U.S. v. Edwards, supra.

It also explained that, under  these and other decisions, a search of the call history of a

cellular telephone on the person of the arrestee is a lawful search incident to arrest. Here, the uncontested evidence at the suppression hearing was that [Taylor’s] cell phone was removed from his person after his . . . arrest. The officer then  searched [its] history to confirm [he] had called the woman who arrived to sell Investigator J.W. the drugs. This search was a lawful warrantless search incident to arrest.

It also pointed out that,

applying the narrower view proposed by some courts that officers may not search all data contained in a cell phone, nevertheless the search of the call history of [Taylor’s] cell phone was lawful. See Hawkins v. State, 307 Ga. App. 253, 704 S.E.2d 886 (Georgia Court of Appeals 2010) (`Just because an officer has the authority to make a search of the data stored on a cell phone . . . does not mean he has the authority to sift through all of the data stored on the phone (that is, to open and view all of the sub-containers of data stored therein). Instead, his search must be limited as much as is reasonably practicable by the object of the search.’) (emphasis in the original).

Having found that the search of Taylor’s call history was a lawful search incident, the Court of Appeals noted that it recognized that “cell phones, tablets, and other personal electronic devices, like computers, are capable of storing and accessing large amounts of personal information, and we are aware of the concerns of other courts regarding searches for information contained in these devices.”  People v. Taylor, supra.

Having said that, the court agreed with the

practical consideration proposed by Magistrate Judge Torres of the Southern District of Florida, who stated:

`Perhaps the better alternative is to a find a technological answer to this technological problem. We don't have the answer, but a good place to start is by a user password protecting the electronic device. Short of that practical step, the solution does not lie with a revamped analysis of the search incident to arrest doctrine.’

And the Taylor court reiterated that it was holding that “the call history stored in a cell phone . . . found . . . on his person . . . is not beyond the scope of a search incident to arrest”, which meant “[Taylor’s] cell phone call log was accessible to searching officers.”  People v. Taylor, supra.  Since it rejected Taylor’s 4th Amendment argument and the other arguments he made on appeal, the court affirmed his conviction and sentence.  People v. Taylor, supra.

In a concurring opinion, Judge Booras pointed out that while the majority opinion “acknowledges the concerns express by other courts” regarding cell phone searches “based on the capability of such devices for storing and accessing large amounts of personal information”, there is an another view.  Concurring opinion, People v. Taylor, supra.  She wanted “to point out that many other courts reject the view that the potential volume of information in a cell phone changes its character as a personal effect that . . . may be searched incident to arrest.”  Concurring opinion, People v. Taylor, supra.

After citing opinions that have taken this position, she explained that “courts have noted problems that would be caused by limiting a search on the basis of the quantity and types of information a device might hold.”  Concurring opinion, People v. Taylor, supra.  For this proposition, she cited U.S. v. Murphy, 552 F.3d 405 (U.S. Court of Appeals for the 4th Circuit 2009), in which a federal Court of Appeals noted that the defendant, Murphy, argued that whether a cell phone can be searched

Finally, Murphy's argument must be rejected because to require officers to ascertain the storage capacity of a cell phone before conducting a search would be an unworkable and unreasonable rule. It is unlikely that officers would have any way of knowing whether the text messages and other information stored on a cell phone will be preserved or be automatically deleted simply by looking at the cell phone.