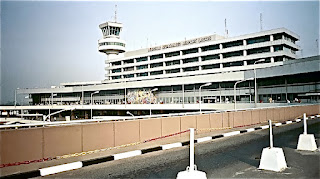 After Okpako Mike Diamreyan was convicted of three counts of wire fraud in violation of 18 U.S. Code §§ 1343 and 1342, the district courtjudge sentenced him to “a term of 151 months' imprisonment.”  U.S. v. Diamreyan, __ F.3d __, 2012 WL 2550589 (U.S. Court of Appeals for the 2d Circuit 2012). Diamreyan appealed the sentence, arguing that the district court judge erred in basing it on certain factors.  U.S. v. Diamreyan, supra.
He was indicted on the charges on November 23, 2009.  U.S. v. Diamreyan, supra.  The indictment charged him with “participating in an advance-fee scheme, wherein the victim is persuaded to pay a sum of money up front in order to receive a larger sum of money (or some other valuable asset) at a later point in time.”  U.S. v. Diamreyan, supra.
The evidence at trial showed that Diamreyan
used the email account address `milkymyx@yahoo.com’ for approximately 10 years, and had exclusive access to that account until some time at the end of 2008. Among the email messages sent to and from that account were (1) emails soliciting potential victims; and (2) emails concerning current and potential victims.

Diamreyan's wife, Martine Janvier, testified that she met her husband in 2003 via the Internet, and he used the `milkymyx@yahoo.com’ email address at that time. Janvier testified that after being interviewed by law enforcement, she obtained access to her husband's email account in 2009, and observed he had scam letters in the account.

U.S. v. Diamreyan, supra.
According to the prosecution’s brief on appeal,
[m]ost of the scheme was conducted from overseas, while [Diamreyan] lived in Ghana and Nigeria. In 2008, however, [he] immigrated on a fiancée visa and married Martine Janvier, a woman he had met on the Internet.

While in the United States, [Diamreyan] made no effort to obtain legitimate employment or to advance his education; instead, he continued his involvement in the scheme to defraud.


Brief for the United States of America, U.S. v. Diamreyan, 2011 WL 1977513.
According to Diamreyan’s brief on appeal, this was “the government's second attempt to obtain a verdict against” him.  Brief for Defendant-Appellant, U.S. v. Diamreyan, 2011 WL 585027.  The first case “was dismissed after [he] objected that the government had presented certain protected testimony from his spouse to the grand jury, in violation of his spousal privilege.”  Brief for Defendant-Appellant, U.S. v. Diamreyan, supra.  (As Wikipedia explains, it is the grand jury that returns an indictment against someone.)
According to his brief, this second case was brought “immediately after” the first one was dismissed.  Brief for Defendant-Appellant, U.S. v. Diamreyan, supra. It was brought in
three counts, relating to one telephone call and two wire transfers by a Michael Pandelos of Shelton, Connecticut. At trial, Mrs. Pandelos and three other `victims’, David Cotton, Mitchell Bender and Richard Smith, testified. Mrs. Pandelos could only identify a $150.00 loss and Mr. Cotton testified that he had no monetary loss.

Brief for Defendant-Appellant, U.S. v. Diamreyan, supra. His brief says neither Smith nor Bender “testified as to the amount they allegedly paid out to the scheme in question, but the government claims evidence of Western Union payments from them totaling approximately $200,000.00.”  Brief for Defendant-Appellant, U.S. v. Diamreyan, supra.
As to his relationship to the alleged scheme, Diamreyan’s brief says he was a
Nigerian citizen who came to Boston to marry a woman he met on the Internet. The government's claim was that while in Nigeria and continuing when he came to the United States, he was involved in a `large-scale, Nigerian fraud scheme.’

That scheme allegedly would involve sending e-mails with promises of millions of dollars which were being held in various ways by foreign officials or other third-parties, in return for financial assistance in obtaining the release of those sums.

Brief for Defendant-Appellant, U.S. v. Diamreyan, supra.
Apparently referring to a trip he took after he came here to live, the brief says Diamreyan
was met at Logan Airport when arriving here, where agents searched his computer. The documents and e-mails found within it, as well as those in an e-mail account known [sic] milkymx@yahoo.com and milkymyx@hotmail.com  (obtained through a search warrant), formed the basis for the government's theory of the case.

No `coconspirator’, if there were any, testified against him, except for his wife, who feigned innocence in the scheme.
Brief for Defendant-Appellant, U.S. v. Diamreyan, supra.  In a later section of the brief, Diamreyan says he “lived in a modest apartment in Boston with his wife,” who “had equal access to the computers in their home, and to the thumb drives.”  Brief for Defendant-Appellant, U.S. v. Diamreyan, supra.
Based on evidence submitted in the process of sentencing Diamreyan, the district court judge found that he and his
`fellow schemers would exchange names, email addresses, and phone numbers of potential victims or victims who had already been a victim and could be revictimized or in the trade I think the proper expression is reloading the victim. . . .

[I]t is . . . the court's finding to have been very coordinated activity between and among the people who were part of this scheme that Diamreyan joined in. Where one person . . . would close a deal. . . . extract money from the victim that another person had started. In other words, made the initial contact, played a particular role, then turned over the fraud to a second person or even more people to play different roles and to close the scheme.’

U.S. v. Diamreyan, supra.
The judge also found there were “five or more participants involved in the scheme, noting `[w]e may not exactly [know] who they are but we know they are individuals who are identified by e-mail names or addresses, things of that sort.’” U.S. v. Diamreyan, supra.  And he found Diamreyan “had a managerial role, as `he would advise other co-schemers of how to approach a victim, what to say, what role to play, he would provide names as well as receive names of victims to reload or new victims.’” U.S. v. Diamreyan, supra.
Based on that, the judge calculated a "[U.S. Sentencing] Guidelines level of 34, with a criminal history category of I, resulting in a recommended Guidelines range of 151 to 188 months' imprisonment.”  U.S. v. Diamreyan, supra. As noted above, the judge sentenced Diamreyan to 151 months’ imprisonment plus “three years of supervised release” and “restitution in the amount of $1,021.560.74.”  U.S. v. Diamreyan, supra.
The Court of Appeals began its analysis of Diamreyan’s challenge to the sentence by noting that it reviews “sentences for substantive and procedural reasonableness, . . . setting aside a sentence as substantively unreasonable `only in those special cases where the range of permissible decisions does not encompass the District Court's determination.’” U.S. v. Diamreyan, supra (quoting U.S. v. Johnson, 567 F.3d 40 (2d Cir. 2009)). It also noted that a sentence can be procedurally unreasonable for any of several reasons, one of which is that the sentencing judge made “clearly erroneous factual findings”.  U.S. v. Diamreyan, supra.  That, of course, was the issue Diamreyan relied on in his appeal.  U.S. v. Diamreyan, supra.
His sentence was calculated under the U.S. Sentencing Guidelines which, as Wikipedia notes, govern sentencing in the federal system.  U.S. v. Diamreyan, supra.  As I’ve explained in earlier posts, the process of determining a sentence begins with the judge’s determining the offense level, i.e., the severity of the crime(s) at issue, and the offender’s criminal history, i.e., whether he has been convicted before and, if so, of what.
Once the judge determines the applicable offense level and the defendant’s criminal history, he or she uses the Sentencing Table you can find here to determine the sentencing range, in months.  If you look at Offense Level 34 on the Sentencing Table for offenders with a Criminal history of I (zero to one convictions), you will see that the recommended range, as noted above, is 151-188 months.
Diamreyan claimed the judge erred in calculating his offense level based on finding “that he played a managerial role and that the scheme involved five or more participants”.  U.S. v. Diamreyan, supra.  As the Court of Appeals explained, a judge can “increase the defendant's offense level by three points `[i]f the defendant was a manager or supervisor . . . and the criminal activity involved five or more participants or was otherwise extensive.’” U.S. v. Diamreyan, supra (quoting U.S. Sentencing Guideline § 3B 1.1(b).  It explained that the requirements of § 3B 1.1(b) are satisfied if the defendant
`was a manager or supervisor and the criminal activity itself involved at least five participants; the defendant need not be the manager of more than one other person.’ U.S. v. Payne, 63 F.3d 1200 (2d Cir. 1995).  `[E]vidence of a defendant's direct and immediate control over other participants provides strong support for a role enhancement.’ U.S. v. Al–Sadawi, 432 F.3d 419 (2d Cir.2005). `A defendant may be considered a manager or supervisor if he exercised some degree of control over others involved in the commission of the offense.’ U.S. v. Al–Sadawi, supra.

U.S. v. Diamreyan, supra.
The Court of Appeals held, first, that the evidence in the record
supports the district court's finding that Diamreyan played a managerial role in the scheme. Two different participants in the scheme called him `chairman,’ and, more importantly, the emails include instructions to participants on sending emails, creating fake websites, calling victims and -- on one occasion -- cleaning Diamreyan's room in preparation for his return from Ghana.

U.S. v. Diamreyan, supra.
As to the district court judge’s finding that there were five or more participants in the scheme, the Court of Appeals joined the U.S. Court of Appeals for the 7th Circuit in
holding that `[p]articipants need not be identified by actual name . . . for a supervisory enhancement to apply,’ so long as the record allows the district court reasonably to find the existence of other participants in the scheme. U.S. v. Harper, 463 F.3d 663, 669 (7th Cir.2006). In Harper, the 7th Circuit determined testimony that a fifth participant named `T’ existed, even though there was no evidence in the record to indicate `T['s]'” actual name, sufficed.

Here, the emails contained in the record and relied on by the district court provide sufficient unique indicia to support the district court's conclusion that there were five or more participants, counting Diamreyan and his wife as two. The emails were from unique email addresses for Festus 98, Sweetest Joe Joe, and John Blessed One.

Emails and internet chat communications from [Diamreyan] to those email handles provided instructions as to how to proceed with various components of the scheme, including sending emails to victims and potential victims and creating fake websites for banks.

U.S. v. Diamreyan, supra.
The Court of Appeals held that “district courts may rely on unique email addresses in assessing a defendant's role in a scheme and calculating the number of participants for sentencing purposes.”  U.S. v. Diamreyan, supra.  It therefore affirmed Diamreyan’s sentence.  U.S. v. Diamreyan, supra.
The opinion notes that the Court of Appeals’ holding that it was proper for the district court judge to rely “only” on “unique e-mail addresses” in assessing Diamreyan’s role in the scheme was an issue of first impression.  As Wikipedia explains, this means there was no precedent on that issue until this court ruled on it.  And that, of course, means other courts can now rely on this decision as precedent on this issue.
If you would like to read more about the government’s information on the alleged scheme and on the sentence, check out the press release you can find here.

Posted by Susan Brenner at 1:45 PM