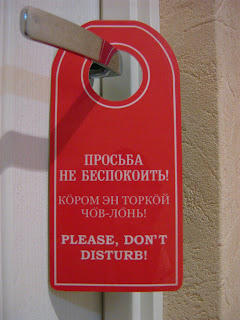 This post deals with a civil suit in which the plaintiff filed a nine-count Amended Complaint that, among other things, alleged that the defendants had, among other things, violated the New Jersey Wiretapping and Electronic Control Act and committed “common law invasion of privacy.”  Ehling v. Monmouth-Ocean Hospital Service Corp., 2012 WL 1949668 (U.S. DistrictCourt for the District of New Jersey 2012) (“Ehling v. Monmouth-Ocean”).

In this opinion, the district court judge is ruling on the defendants’ motion to dismiss Ehling’s wiretapping and invasion of privacy claims.  Ehling v. Monmouth-Ocean, supra. They filed a Rule 12(b)(6) motion, which, as Wikipedia notes, is how defendants can have

lawsuits with insufficient legal theories underlying their cause of action . . . dismissed from court. For example, assault requires intent, so if the plaintiff has failed to plead intent, the defense can seek dismissal by filing a 12(b)(6) motion.

The claims at issue here arose out of the account Ehling maintained, “[d]uring the 2008-2009 timeframe,” on Facebook. Ehling v. Monmouth-Ocean, supra.  In his opinion, the judge explains that if someone was not

invited to be her Facebook `friend,’ he or she could not access and view postings on [Ehling’s] Facebook `wall.’ Many of [her] coworkers were invited to be [her] Facebook friends. [She] did not invite any members of MONOC management as friends.

One of the postings “was a comment [Ehling] made regarding a shooting that took place at the Holocaust Museum in Washington, DC,” in which she said:

`An 88 yr old sociopath white supremacist opened fire in the Wash D.C. Holocaust Museum this morning and killed an innocent guard (leaving children). Other guards opened fire. The 88 yr old was shot. He survived. I blame the DC paramedics. I want to say 2 things to the DC medics. 1. WHAT WERE YOU THINKING? and 2. This was your opportunity to really make a difference! WTF!!!! And to the other guards . . . go to target practice.’

We’re not concerned with those issues, however.  As noted above, we’re concerned with the defendants’ motion to dismiss Ehling’s New Jersey wiretap law and common law invasion of privacy claims, which go to the defendants’ accessing the posting described above.  Ehling v. Monmouth-Ocean, supra.  In ruling on the motion, the judge noted that to survive a motion to dismiss, a plaintiff has to allege facts that are sufficient to raise her “`right to relief above a speculative level, such that it is “plausible on its face.”’” Ehling v. Monmouth-Ocean, supra (quoting Bell Atlantic Corp. v. Twombly, 550 U.S. 544 (2007)).

The judge began his analysis with Ehling’s claim under New Jersey wiretap act:  New Jersey Statutes§ 156A-27, which states that a person is guilty of a crime if

The judge then explained that “[b]ased on” this definition of electronic storage, New Jersey courts have held that the state’s wiretap act “protects only those electronic communications, which are in the course of transmission or are backup to that course of transmission.” Ehling v. Monmouth-Ocean, supra (quoting White v. White, 344 N.J. Super. 211, 781 A.2d 85 (2001)).  He also pointed out that the White court found that the New Jersey wiretap act

`does not apply to electronic communications received by the recipient, placed in post-transmission storage, and then accessed by another without authorization[,]’ because `the “strong expectation of privacy with respect to communication in the course of transmission significantly diminishes once transmission is complete.”’

Given all this, the judge found Ehling had not stated a claim under the New Jersey Wiretap act:

[Ehling] clearly failed to state a claim under the NJ Wiretap Act. The Amended Complaint does not allege that [her] Facebook posting was in the course of transmission when Defendants viewed it. To the contrary, the Amended Complaint clearly states that the posting was live on the Facebook website for all of [Ehling’s] Facebook friends to `access and view.’ . . . Because the posting was in post-transmission storage when Defendants accessed it, this communication does not fall under the purview of the NJ Wiretap Act.

The judge then took up the defendants’ motion to dismiss Ehling’s common law invasion of privacy claim.  Ehling v. Monmouth-Ocean, supra.  He explained that her

claim is premised on Defendants' alleged unauthorized `accessing of her private Facebook postings’ regarding the Holocaust Museum shooter. . . . Defendants move to dismiss Count VI, arguing that [Ehling] did not have a reasonable expectation of privacy in her Facebook posting.

Next, he outlined the applicable principles of New Jersey law:

Under New Jersey law, to state a claim for intrusion upon one's seclusion or private affairs, a plaintiff must allege sufficient facts to demonstrate that (1) her solitude, seclusion, or private affairs were intentionally infringed upon, and that (2) this infringement would highly offend a reasonable person. . . . “`E]xpectations of privacy are established by general social norms’ and must be objectively reasonable—a plaintiff's subjective belief that something is private is irrelevant.

He then outlined how courts have dealt with “[p]rivacy in social networking”:

Courts, however, have not yet developed a coherent approach to communications falling between these two extremes. Although most courts hold that a communication is not necessarily public just because it is accessible to a number of people, courts differ dramatically in how far they think this theory extends. . . . What is clear is that privacy determinations are made on a case-by-case basis, in light of all the facts presented.

The judge then reviewed the arguments both sides were making on this issue:

[Ehling] argues that she had a reasonable expectation of privacy in her Facebook posting because her comment was disclosed to a limited number of people who she had individually invited to view a restricted access webpage. Defendants argue that [she] cannot have a reasonable expectation of privacy because the comment was disclosed to dozens, if not hundreds, of people.  The Amended Complaint and underlying documents do not indicate how many Facebook friends [Ehling] had at the time the comment was made; thus, there is no indication of how many people could permissibly view [her] posting.

Based on all this, the judge found that Ehling

has stated a plausible claim for invasion of privacy, especially given the open-ended nature of the case law. [She] may have had a reasonable expectation that her Facebook posting would remain private, considering that she actively took steps to protect her Facebook page from public viewing. More importantly, however, reasonableness (and offensiveness) are highly fact-sensitive inquiries. As such, these issues are not properly resolved on a motion to dismiss. . . .

This does not mean that Ehling won on her invasion of privacy claim.  It means the claim survives and will at some point be resolved, either on a motion for summaryjudgment (in which one side claims they win without going to trial because there are no disputes about the essential facts in the case) or after a trial.
Posted by Susan Brenner at 8:04 AM

I think you should have mentioned something about the fact that New Jersey is in the process of passing a bill that would make this kind of employer Facebook access illegal.

Actually, I didn't know about that. Thanks for bringing it up.