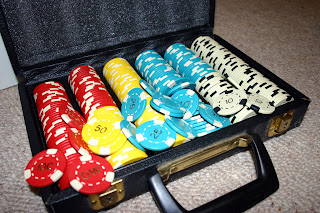 After being charged with violating and conspiring to violate the Unlawful Internet Gambling Enforcement Act of 2006 (UIGEA), violating the Internet Gambling Business Act of 1970(IGBA), and conspiring to engage in money laundering, Chad Elie and John Campos moved to dismiss the charges.  U.S. v. Elie, 2012 WL 383403 (U.S. District Court for the SouthernDistrict of New York 2012).
This, according to the Superseding Indictment in the case, is how they came to be charged with these crimes:
1. From at least in or about November 2006, and continuing through in or about March 2011, the three leading internet poker companies doing business in the United States were PokerStars, Full Tilt Poker and Absolute Poker/Ultimate Bet (collectively, the ‘Poker Companies’). Because United States banks were largely unwilling to process payments for an illegal activity such as internet gambling, the. . . . principals of the Poker Companies . . . deceived or directed others to deceive U.S. banks and financial institutions into processing billions of dollars in payments for the Poker Companies, by . . . arranging for the money received from U.S. gamblers to be disguised as payments to . . . non-existent online merchants and other non-gambling businesses.

2. To accomplish this deceit, ISAI SCHEINBERG, RAYMOND BITAR, BRENT BECKLEY, NELSON BURTNICK and PAUL TATE . . . relied on highly compensated third party payment processors (the `Poker Processors’) who lied to U.S. banks about the nature of the financial transactions they were processing and covered up those lies through the creation of phony corporations and websites to disguise payments to the Poker Companies. . . .

U.S. v. Elie, supra.  (If you’re interested, you can read more about the prosecution here.)
The district court judge first addressed Elie’s and Campos’ challenge to the UIGEA charges:
These defendants are charged, as principals and as aiders and abettors, with violating or conspiring to violate 31 U.S. Code § 5363, which provides in relevant part that `[n]o person engaged in the business of betting or wagering may knowingly accept, in connection with the participation of another person in unlawful Internet gambling’ various sorts of financial instruments.

The theory of the indictment is that defendants were, or were employed by, payment processors. In the case of Elie, the allegation is that he opened bank accounts through which Internet poker companies received payments from United States-based gamblers.’ In the case of Campos, it is that he was an officer, director and part owner of a bank that `processed payments for’ two such companies.

U.S. v. Elie, supra (quoting the indictment).
As Wikipedia explains, there are two ways to hold someone liable for the commission of a crime:  One is as a principal, i.e., as the person who actually committed the crime.  The other is as an aider and abettor, i.e., as someone who encourages, induces, procures and/or helps the principal commit the crime.  So, it seems that this indictment charges Elie and Campos in both capacities, perhaps based on different activities.
Before he began his analysis of the arguments Elie and Campos made in support of their motion to dismiss the charges against them, the judge noted that “[p]aramount in evaluating these motions” is the “very well established principle: there is no summary judgment in criminal cases.”  U.S. v. Elie, supra.  As Wikipedia explains, and as I’ve noted in earlier posts, in U.S. civil litigation summary judgment is a procedure that lets a judge dismiss a case if he/she finds that (i) there are no disputes involving “material” facts that would require a trial to resolve and (ii) one party prevails when the law is applied to the undisputed facts.  And as this judge noted, summary judgment is not available in criminal cases:
`Unless there is a stipulated record, or unless immunity issues are implicated, a pretrial motion to dismiss an indictment is not a permissible vehicle for addressing the sufficiency of the government's evidence. . . . Federal Rule of Criminal Procedure 12(b)(2) authorizes dismissal of an indictment if its allegations do not suffice to charge an offense, but such dismissals may not be predicated upon the insufficiency of the evidence to prove the indictment's charges.’

U.S. v. Elie, supra (quoting U.S. v. DeLaurentis, 230 F.3d 659 (U.S. Court of Appeals for the 3d Circuit 2000)).  So, Elie’s and Campos’ motion to dismiss could argue that the factual allegations in the indictment were insufficient to charge violations of the statutes at issue, but could not seek dismissal of the charges based on any assessment of the adequacy of the facts alleged.
The judge explained that their principal argument as to why the UIGEA counts should be dismissed is that the statute
`exempts’ persons like them from criminal liability either as principals or as aiders and abettors or co-conspirators. The argument commences with the fact that § 5363 applies only to persons `engaged in the business of betting or wagering,’ but [31 U.S. Code] § 5362(2) provides that the `business of betting or wagering’ `does not include the activities of a financial transaction provider . . . ‘

[Elie and Campos] argue that one who `received payments from United States-based gamblers,’ or a bank that `processed payments,’ in each case for supposedly offshore poker companies, necessarily was a `financial transaction provider’ within the meaning of the statute and nothing more.

U.S. v. Elie, supra.
He then found that dismissal of the charges was not in order because of the existence of factual issues that would have to be resolved at trial:
The indictment charges that both of these defendants were `persons engaged in the business of betting and wagering.’ The evidence at trial perhaps will not permit a conclusion that these defendants did anything more than provide financial transactions.

Even if the evidence permits a conclusion that their activities were broader, it may not warrant a finding that they were anything other than financial transaction providers within the meaning of the statute. But such a determination would be inappropriate at this stage because the government has yet to present all of its evidence. . . .

U.S. v. Elie, supra.
He also pointed out that even if it could be said
with assurance that these defendants were nothing more than financial transaction providers, the motion still would lack merit. Section 5367 of the statute provides that, “[n]otwithstanding §5362(2), a financial transaction provider . . . may be liable under this subchapter if such person has actual knowledge and control of bets and wagers, and’ among other things, `owns or controls, or is owned or controlled by, any person who operates, manages, supervises, or directs an Internet website and which unlawful bets or wagers may be placed, received, or otherwise made.’

There is nothing in the indictment that would foreclose the government from establishing that these defendants are criminally liable in light of § 5367 even if they were financial transaction providers within the meaning of § 5363 and even if such a conclusion otherwise would require the result they advocate.

U.S. v. Elie, supra.
The judge then took up Elie’s and Campos’ arguments as to why he should dismiss the IGBA counts, noting that they are charged both as
principals and aiders and abettors, under § 1955 of the [federal] Criminal Code, which provides that `[w]hoever conducts, finances, supervises, directs, or owns all or part of an illegal gambling business: is subject to criminal penalties.’ The key phrase is `illegal gambling business,’ which in turn is defined in relevant part as `a gambling business which (i) is a violation of the law of a State . . . in which it is conducted.’

U.S. v. Elie, supra (quoting 18 U.S. Code § 1955).
Next, the judge addressed the three arguments Elie and Campos made as to why he should dismiss the IGBA counts.  U.S. v. Elie, supra.  “First, [they] contend that the activities of the poker companies took place outside of the United States and therefore were not conducted in, and did not violate, the law of any state.” U.S. v. Elie, supra.  He did not find this a viable argument:
[T]he indictment alleges that the defendants `did conduct, finance, manage, supervise, direct, and own all and part of . . . illegal gambling business[es] . . . in violation of New York State Penal Law §§ 225.00 and 225.05 and the law of other states in which the business[es] operated.’ The fact that the indictment alleges also that the three poker companies named in the indictment were `headquartered’ in other countries, which could be consistent with their conducting business in New York and elsewhere in this country, and that unidentified `leading internet gambling businesses -- including the leading internet poker company doing business in the United States [in October 2006] -- terminated their United States operations’ following the enactment of UIGEA, is insufficient to overcome this allegation.

Indeed, one New York decision has held that `if the person engaged in gambling is located in New York, then New York is the location where the gambling occurred.’ Moreover, the proof upon which the government will rely to establish the conduct of illegal gambling in New York remains to be seen.

U.S. v. Elie, supra (quoting People ex rel. Vacco v. World Interacting Gaming Corp., 185 M.2d 852, 714 N.Y.S.2d 844 (Supreme Court of New York 1999)).
He then addressed their argument that “IGBA has no extraterritorial application in light of” the Supreme Court’s decision in Morrisonv. National Australia Bank, Ltd., 130 S.Ct. 2859 (2010).  U.S. v. Elie, supra.  He noted that given the context noted above, the argument was “premature” because Morrison merely “reiterated the `longstanding principle that legislation of Congress, unless a contrary intent appears, is meant to apply only within the territorial jurisdiction of the United States.’”  U.S. v. Elie, supra.  And he  explained that the

focus of IGBA is upon the conduct of gambling businesses in the United States in violation of the laws of the states and political subdivisions in which they are conducted. The appropriate time at which to evaluate whether any activities of these defendants that may have violated, or aided and abetted violations of, New York or other state law came within the focus of IGBA is not sooner than the close of all the proof at trial.

U.S. v. Elie, supra.
Finally, the judge addressed Elie’s and Campos’ “surprising argument that poke is not gambling”.  U.S. v. Elie, supra.  He found that the argument failed, “at least at this stage.”  U.S. v. Elie, supra.
The indictment alleges that the poker companies there mentioned offered Internet poker games and that their activities included the conduct of gambling business in violation of New York and other state laws. If poker constitutes gambling as a matter of law, the defendants are not entitled to dismissal of the IGBA counts. If it instead raises an issue of fact, it is a matter for trial, not disposition on a motion addressed to the indictment.

I am afraid that this statement is not correct"
The theory of the indictment is that defendants were, or were employed by, payment processors. .
.'elaborate this please.Thank you.